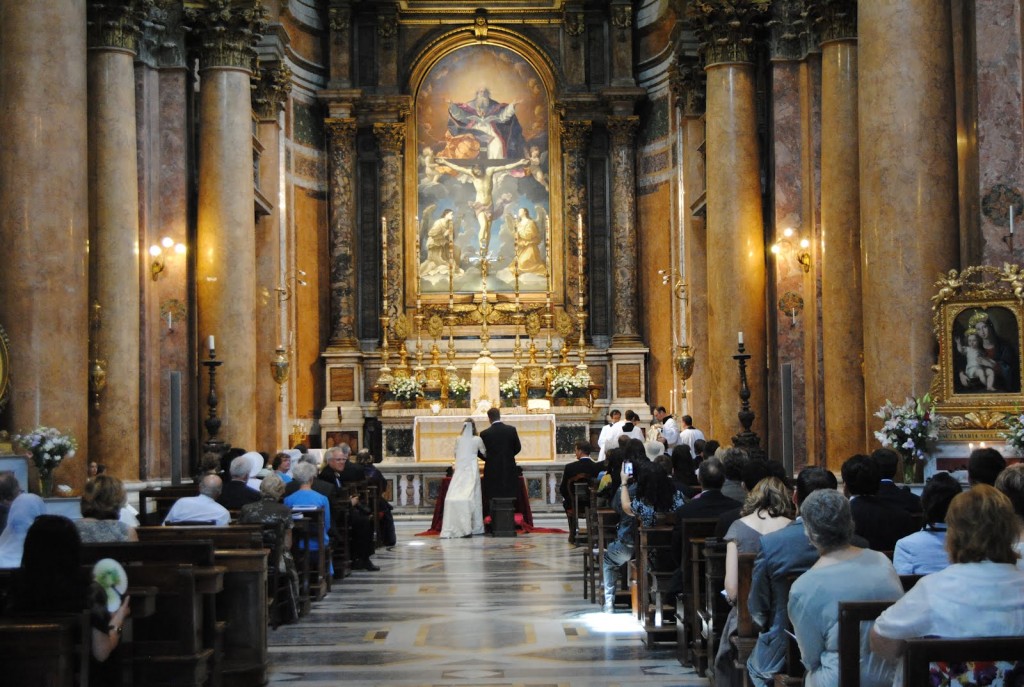 The SSPX has issued a Communiqué of the General House in response to the letter issued by Cardinal Muller concerning the “validity and liceity” of Society marriages. (Addressed HERE yesterday.)

The Society of Saint Pius X conveys its deep gratitude to the Holy Father for his pastoral solicitude as expressed in the letter from the Ecclesia Dei Commission, for the purpose of alleviating “any uncertainty regarding the validity of the sacrament of marriage”. Pope Francis clearly wishes that, as in the matter of confessions, all the faithful who want to marry in the presence of a priest of the Society of Saint Pius X can do so without any worries about the validity of the sacrament. It is to be hoped that all the bishops share this same pastoral solicitude.

I have encountered comments suggesting that this response is somehow overly conciliatory; to the point of demonstrating either naiveté or evidence that the Society is about to “sell out” tradition.

The Communique doesn’t say, “Thanks for the faculties without which the marriages that we witness are of questionable validity!”

In fact, nothing of the sort is even implied.

The SSPX has always maintained, and continues to maintain, that they have supplied jurisdiction in these matters. As such, the Society itself has never expressed any concern whatsoever about the validity of their marriages or any of the Sacraments they dispense.

NB: The Society isn’t even offering thanks on behalf of their own faithful, who obviously have no qualms about being married in the presence of a Society priest; rather, the Communique is expressing thanks on behalf of “confused Catholics” who may have been reluctant to do so for fear that it would be invalid.

Bottom line: The Society rightly recognizes that this latest move on Rome’s part is beneficial for the faithful at large; in particular, the undernourished. It’s good for the Church. As such, it is only fitting to express gratitude.

The priests of the Society of Saint Pius X will strive faithfully, as they have done since their ordination, to prepare future spouses for marriage according to the unchangeable doctrine of Christ about the unity and indissolubility of this union (cf. Mt 19:6), before receiving the parties’ consent in the traditional rite of the Holy Church.

There is a thinly veiled jab being taken here at both Amoris Laetitia (as well as its author) and the preponderance of “full communion” priests; the former for upending the “unchangeable doctrine of Christ about the unity and indissolubility” of marriage, and the latter for so often failing to “prepare future spouses” accordingly.

Yes, I firmly believe that the Society is derelict in its duty by failing to issue a severe condemnation of Amoris Laetitia; calling its errors by their proper name – blasphemy and heresy. In other words, I think that the time for cleverness passed a long time ago.

Even so, I see nothing explicit in this most recent Communique that justifies claims, frequently made with reckless abandon, that the SSPX is losing its grip on tradition.