Home
Blog Post
So much for those ‘solid’ Polish bishops 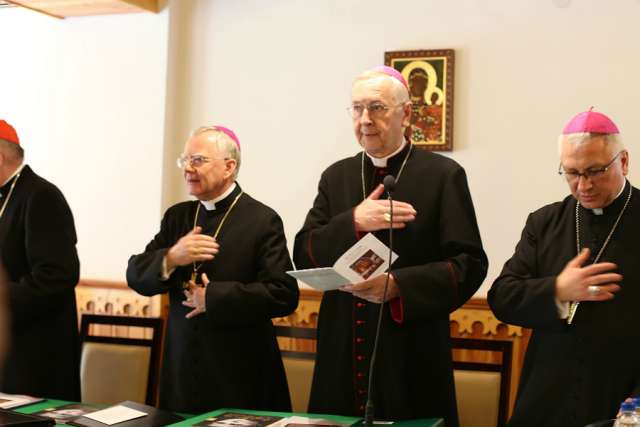 The Polish Bishops’ Conference is receiving a fair amount of love in certain Catholic circles following its recent plenary assembly which addressed, among other things, the implementation of Amoris Laetitia.

According to reports based upon an official communique, the Polish bishops have decided that the civilly divorced and remarried (so-called) cannot receive Holy Communion unless their situation is remedied as understood within the context of the bi-millennial practice of the Church.

The bishops called those who find themselves in such situations “to a true conversion and to a reconciliation with their spouse [the one to whom they remain married in spite of any civil proceeding] and the children of that bond.”

So far so good, but in the very next breath the bishops squander whatever Catholic credibility they may have had by insisting that, in terms of Catholic teaching, Familiaris Consortio and Amoris Laetitia are “in the same line.”

According to Fr. Pawel Rytel-Andrianik, spokesman for the Polish Bishops’ Conference as reported by Catholic News Agency:

“The bishops understand that the Church thinks in a linear way; it’s not a change of teaching, but it is in one line. In Familiaris Consortio and Amoris Laetitia you have one line in terms of teaching on the family.”

Fr. Rytel-Andrianik went on to say that the Polish bishops agreed that what Francis wrote in Amoris Laetitia is “the same teaching as Familiaris Consortio.”

If this isn’t enough to conclude that the Polish bishops are collectively disoriented and diabolically so, get this…

Their spokesman said “the bishops appreciate, very much, Amoris Laetitia” because they see it as “a treasure of the Church that builds on Familiaris Consortio.”

One of the headlines that got a lot of play in the aftermath of the bishops’ plenary assembly was provided by the Catholic Herald, it reads:

Polish bishops: Amoris Laetitia does not allow Communion for the divorced and remarried

Problem is, however, it actually does allow Communion for the divorced and remarried.

The humble heretic who authored the odious text!

In fact, he even went so far as to say that “there are no other interpretations.” Remember?

Let’s be clear, the papacy of Poland’s favorite son, John Paul the Great Ecumenist, was a bona fide disaster for the Church and indeed the entire world.

He did, however, manage to uphold Divine Law as it applies to the reception of Holy Communion by those in what Bergoglio & Co. prefer to call “irregular situations;” most notably in Familiaris Consortio.

Lacking either the faith or the guts, or both, to confront the blasphemies and heresies put forth by Francis the Loquacious in Amoris Laetitia, the Polish bishops apparently had a major dilemma on their hands as they met.

Being worldly men, they naturally chose a worldly solution by playing the well-worn “continuity” card; the same maneuver that has done nothing whatsoever to right the Barque of St. Peter after it was thrown off course by the Second Vatican Council over fifty years ago.

And for this they deserve pity, scorn and prayers for their conversion.

Our Lady of Guadalupe: Calling all “Messenger Eagles”