Home
Blog Post
So many questions, so few shepherds 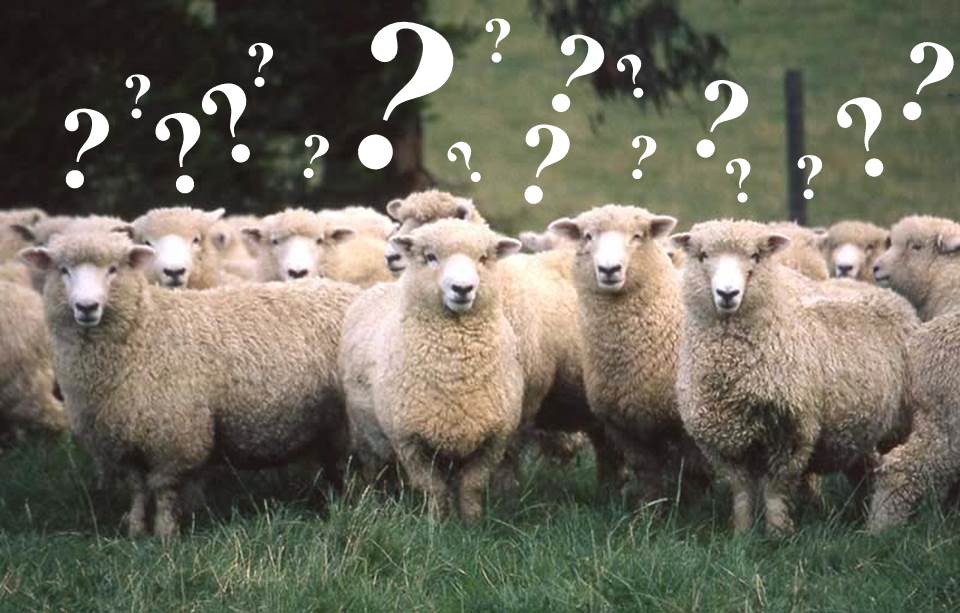 In a recent column published in the Italian daily, Libero (a translation of which has been posted at Rorate Caeli), Antonio Socci wrote concerning the now infamous, formerly secret, letter to Pope Francis that was signed by thirteen cardinals:

At the end of the letter there is also a dramatic warning and even if it is written in respectful language, it sounds an alarm, by saying, that, at the end of the road embarked on by Bergoglio, in imitation of the European Protestant churches, there [would be] “a collapse” in other words – the end of the Church.

The end of the Church…

This is quite a claim; one that invites debate on a number of important points.

For the sake of clarity, I take “the end of the road embarked on by Bergoglio” to mean a situation in the Church wherein, precise details aside, the civilly divorced and remarried will be invited to partake of the sacraments apart from confession, contrition and a firm purpose of amendment, and one that perhaps will even go so far as to affirm the relationships of homosexuals and those who are cohabitating.

If this were to take place, we might ask, would it truly represent the end of the Church?

In any case, the better question, and one that perhaps speaks more directly to Socci’s point as presumably he was speaking of the kind of chaos that would invite a catastrophic collapse of the Church’s visible structures, is this:

How far will the protection of the Holy Ghost go in preventing Pope Francis from so infecting the Church with error?

In other words, will God allow this pope to succeed in an attempt to divorce so-called “pastoral practices” from the underlying doctrines from which they spring?

As I have stated in the past, I believe that the answer is yes, He will allow the pope to promote pastoral practices that undermine immutable doctrine.

Why do I believe this?

The infallibility of the pope as defined by the First Vatican Council pertains exclusively to those acts wherein “he defines a doctrine concerning faith or morals to be held by the whole Church.” (cf First dogmatic constitution on the Church of Christ, Chapter 4, Art. 9)

It is clear that this “Divine assistance” concerns only those things that the pope solemnly defines and pronounces as binding upon all of the faithful; criteria that simply does not fit the “pastoral” program described above.

A great example of the limits of this Divine assistance is the Second Vatican Council, the documents of which propose any number of false teachings that have had a devastating effect on the Church (e.g., the existence of multiple communities of salvation, the unity of Christians and Jews by the Cross of Christ, the “right” of religious liberty, to name a few.)

To say that it is possible for a pope to succeed in doing what Francis appears to desire, however, does not necessarily mean that it is probable.

That having been said, I think it is entirely reasonable to believe that it is highly likely that Pope Francis will abuse the unique power vested in his exalted office to affect precisely such an outcome, regardless of what takes place during the Synod proceedings.

His behavior over the entirety of his pontificate, in particular as it concerns the Extraordinary Synod, its interim relatio and its final relatio, as well as his conduct in manipulating the present Synod, stand as a powerful indicator of this pope’s determination to get what he wants.

All of which invites, as the comment section on this blog surely attests, heated debate concerning whether or not he is actually the pope!

I offer this simply to acknowledge the gravity of the present situation, not to invite further debate on the merits of arguments in favor of sedevacantism. Indeed, that horse has been beaten well beyond death in this space; and repetition of points already raised numerous times stand to benefit no one. (Indeed, it is getting tiresome, so please resist whatever urge you may feel to rehash arguments long since made elsewhere.)

As all here know, while I’m not a sedevacantist, I am sympathetic to those who, moved by a recognition of the severity of the present crisis, cannot help but question, and even theorize, that Jorge Bergoglio is not a true pope.

The difference between my view and the sedevacantist view lies in the distinction between objective and subjective heresy and how the transition from one to the other, as it concerns a pope, is made. (Again, this road has been well traveled here in the past.)

In any event, I think most readers here would readily admit that if a day were to come when it was made known to us in no uncertain terms (possibly only at our death) that Francis was ever but a pretender to the Throne, it would come as little surprise.

Let’s be honest; all indications are, and have been for some time, that His Humbleness, objectively speaking, does not possess the Catholic faith – so much so that future generations will undoubtedly look back on our day with wonder that anyone worthy of the name Catholic, save for sheer ignorance or perhaps invincible weakness, could possibly be so blind as to argue otherwise.

At this juncture in his utterly disastrous pontificate, the one idea that all of us can get behind is that the time has long since passed for Jorge Bergoglio to be publicly challenged and tried for the crime of modernism in general, and more directly relative to specific points of Catholic doctrine in particular.

As things stand today, there is more than enough reason for people of good will to harbor doubts as to the validity of the present pontificate. In fact, I think it is entirely likely that this same doubt exists even among some in the College of Cardinals.

The children of the Church, and indeed the citizens of the entire world, deserve to know if this man is an authentic Roman Pontiff of the Holy Catholic Church.

In addition to Jorge Bergoglio’s obvious lack of commitment to the duties of the Petrine Office and the doctrines of the Catholic faith, doubt is further cast upon the validity of his pontificate by the mysterious circumstances surrounding the abdication of Benedict XVI.

This is yet another situation that cries out for examination in the plain light of day.

Readers may recall that Italian journalist Andrea Tornielli revealed in February 2014 that Benedict answered the question as to why he continues to dress in white in a letter saying:

I continue to wear the white cassock and kept the name Benedict for purely practical reasons. At the moment of my resignation there were no other clothes available. In any case, I wear the white cassock in a visibly different way to how the Pope wears it. This is another case of completely unfounded speculations being made.

Benedict announced his intent to abdicate on February 11, 2013. The “moment of his resignation” did not take place until February 28th – more than two weeks later.

There are perhaps more black cassocks available per square mile in Rome than in any other location on earth, and yet we are supposed to accept the idea that one was unattainable over a period of seventeen days?

This certainly appears to me as if Benedict is telling those with ears to hear that there are certain crucially important details surrounding his departure that he is unable, for whatever reason, to disseminate freely.

Are there any shepherds in Rome intrepid enough to ask the questions raised by the extraordinary nature of these recent events – the abdication of Benedict, the disaster that is Francis, and the folly of the current Synod – for the benefit of the entire flock?

Unfortunately, I doubt it.