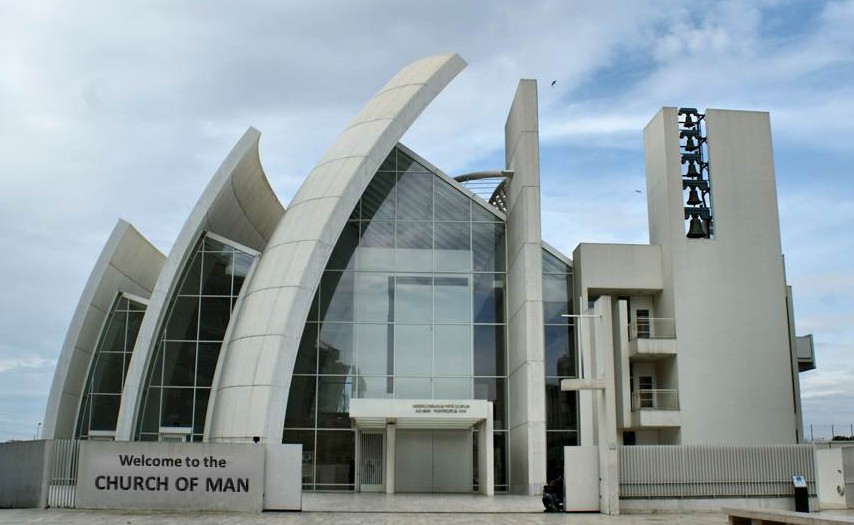 On October 19th – less than a week after Francis insisted, “It’s not right to convince someone of your faith … proselytism is the strongest venom,” Professor Roberto de Mattei, in an article published at Rorate Caeli, posed the question:

To which Church does Pope Bergoglio belong?

Though he stopped short of providing a definitive answer of his own, he went on to quote Fr. Paulo Ricca, a pastor and theologian known for his ecumenical activities, as saying, “the Pope is going to Lund, to the home of the Lutherans; as if he were one of the family.”

Professor de Mattei offered no rebuttal; the implication, therefore, is quite clear – Pope Bergoglio may well be understood as belonging to that community of heretics known as the Lutherans.

That was bold enough, but on November 4th, the good professor appeared go a step further as he weighed-in on the recently concluded events in Lund.

Writing once more in an article published by Rorate Caeli, he said:

What surfaced during the ecumenical meeting between Pope Francis and the World Lutheran Federation on October 31st in Lund, seems to be a new religion.

In this, Professor de Mattei is suggesting that the words and deeds of Francis indicate that he more properly belongs to a heretical protestant sect of his own making; a “Bergoglian denomination” unto itself, if you will.

This is quite an allegation; especially when one considers the source.

Professor de Mattei is without question, in my opinion, on the right track in suggesting that one can discover to which Church Pope Bergoglio belongs simply by observing the way in which he interacts with non-Catholics.

Taking that same approach, I must insist that one would be mistaken to assume that Bergoglianism qualifies as a “Christian” sect; no matter how loosely one defines it.

Consider, for example, the so-called Address of His Holiness Pope Francis to Representatives of Different Religions given on November 3rd.

In an address of roughly 1,200 words, Francis saw fit to cite generic “religion” and “mercy” nearly a dozen times; even as he failed to invoke the name of Our Lord Jesus Christ – the personification of God’s mercy – even once.

The “authentic” religions, according to Francis, are those that practice “mercy” defined in strictly earthbound, humanistic, terms such as:

To this end, Francis called his audience’s attention to “the words of an ancient proverb: ‘Death is hard and stiff; life is soft and supple.’”

No, this isn’t a Biblical citation taken from the Old Testament Book of Proverbs inspired by Almighty God, but rather a quote from Tao-Te-Ching – the fundamental text of Taoism.

And what exactly is Taoism?

It is a pantheistic religion that reveres the “formless, unknowable guiding principal of all reality” known as the Tao, which literally means “the way.”

I should dare say that I need not elaborate further on the degree to which Bergoglianism is incompatible with Christianity; the worship of Jesus Christ who alone is the Way.

So, if not Our Blessed Lord, before whom do the practitioners of Bergoglianism bend their knee?

The founder tells us:

This is nothing new.

Readers may recall that this is the same Francis who refuses to genuflect before Our Lord in the Blessed Sacrament at Holy Mass and yet urges Christians to “kneel in veneration when a poor person enters the church.”

So, then, it is clear: To which Church does Pope Bergoglio belong?

He belongs to the church-of-man.

Francis went on to exhort the “representatives of different religions” in his midst, “May this be the path we take.”

At this, I feel compelled to quote the final line from Professor de Mattei’s article about the “different religion” that emerged at Lund; making it my own:

We cannot follow Pope Francis along [this] different path.

My friends, think about just how far we have come…

In a matter of mere months following the introduction of Jorge Mario Bergoglio to the world as “Pope Francis,” it was made clear in this space that he is not just a member of the church-of-man; he is its illustrious leader and perhaps the boldest and most tireless evangelist it has ever had.

Saying so invited an onslaught of derision from numerous sources – others in Catholic media, various clergymen, and even my bishop. It eventually cost me my livelihood.

What was once considered needlessly controversial is being repeated, in so many words, by men of impeccable stature like Roberto de Mattei, who has essentially declared that the Church to which Jorge Bergoglio belongs is not the Holy Catholic Church!

Let us hope and pray that this trend will continue – even to the point where Cardinals and Bishops will do likeiwse, taking whatever steps may be necessary to rid the Church of this dangerous interloper lest even one innocent soul follow him into perdition.