Regular visitors to this blog already have a sense for the mission of my apostolate, but I’ll state it here for any newcomers:

My work is broadly ordered toward defending the sacred deposit of Christian doctrine, authentically understood as the Faith that comes to us from the Apostles, transmitted over the course of the centuries “in its entirety and preciseness … pure and integral, without any attenuation or distortion.” (Quote taken from the instructions given to the Council Fathers of Vatican II by Pope John XXIII)

Unfortunately, threats to the doctrine of the faith in our day, invited by way of imprecision and ambiguity, are all-too-often the result of what the Director of the Holy See’s Press Office, Fr. Federico Lombardi, recently described as a “new genre of papal speech that’s deliberately informal and not concerned with precision.”

In the process, a deeply troubling pattern has repeatedly emerged:

– Pope Francis delivers, in either word or deed, a message that is difficult, if not impossible, to reconcile with Catholic thought

– Widespread confusion and unrest ensues; the mainstream media exploits the opportunity to do the Devil’s bidding, while neo-con commentators explain away the pope’s irresponsible rhetoric, attacking anyone who dares to compare what the Pontiff actually said with what the Church actually believes

– In the aftermath of these now common occurrences, the pope does not issue corrections and clarifications intended to bring his comments back in line with the authentic doctrine; on the contrary, he often trumps himself with new and even more unsettling rhetoric

The attentive observer will have noticed that the pope isn’t so much committing “gaffes” as in a series of unrelated, ill-worded statements; rather, over time his comments reflect a noticeable consistency, wherein one envisions the pope weaving together the threads of thought from which the fabric of his papacy will eventually emerge.

For example, when Pope Francis proclaimed, “Proselytism is solemn nonsense,” those who are paying close attention immediately recognized the following consistent line of thought dating all the way back to the General Congregation of Cardinals just days before the conclave:

– The newly elected pope met on the first full day of his papacy with 6,000 journalists and their families. The Holy Father withheld the Sign of the Cross and refused to invoke the Blessed Trinity “out of respect for the consciences of all,” a reference to the non-Catholics in the room

– The pope referred to religious diversity as “a gift”

– The pope stated in a General Audience, “Do you need to convince the other to become Catholic? No, no, no!”

You get the point; all of these statements are interrelated.

It occurs to me that one can only fully grasp the “mind of the pope” and the direction in which he intends to take the Church if his individual statements of questionable orthodoxy are viewed in context with the growing body of similar, previous comments.

In the process, one comes to realize that what Fr. Lombardi attempted to excuse as a “new genre of papal speech … not concerned with precision” is really nothing of the sort; rather, this pope appears to be quite concerned with delivering precisely the message he wishes to deliver.

As a writer, ready access to a depository of such commentary would be of great value both to me and to others. 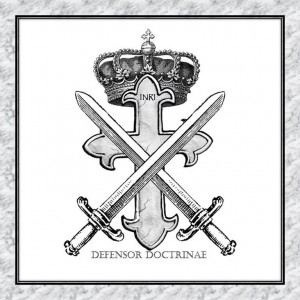 This is the purpose of the Defensor Doctrinae Project, and I am requesting your kind assistance in launching it.

What I would like to do, with your help, is to build a depository of the pope’s doctrinally questionable statements, properly referenced, dated, and sourced with links to reliable outlets (e.g, the website of the Holy See, CNS, CNA, etc.).

I would also like to catalog those statements wherein the Holy Father makes his hostility toward tradition known; e.g., disparaging the Rosary counting “Pelagians,” and those who seek doctrinal security, etc.

To that end, I would like to invite you to record entries of this nature in the comment section below.

NOTE: I am interested in your thoughts, pro and con, on the project itself, and I have created a separate post specifically for such feedback and discussion. I would ask that you please limit your comments in this post to Defensor Doctrinae entries only, keeping them brief and to the point.

“Each one of us has his own vision of the Good and also of Evil. We have to urge it [the vision] to move towards what one perceives as the Good.” Scalfari interview October 1, 2013

In time, I will organize the entries on a separate page on this site along with a process for submitting updates. Thanks in advance for your assistance.