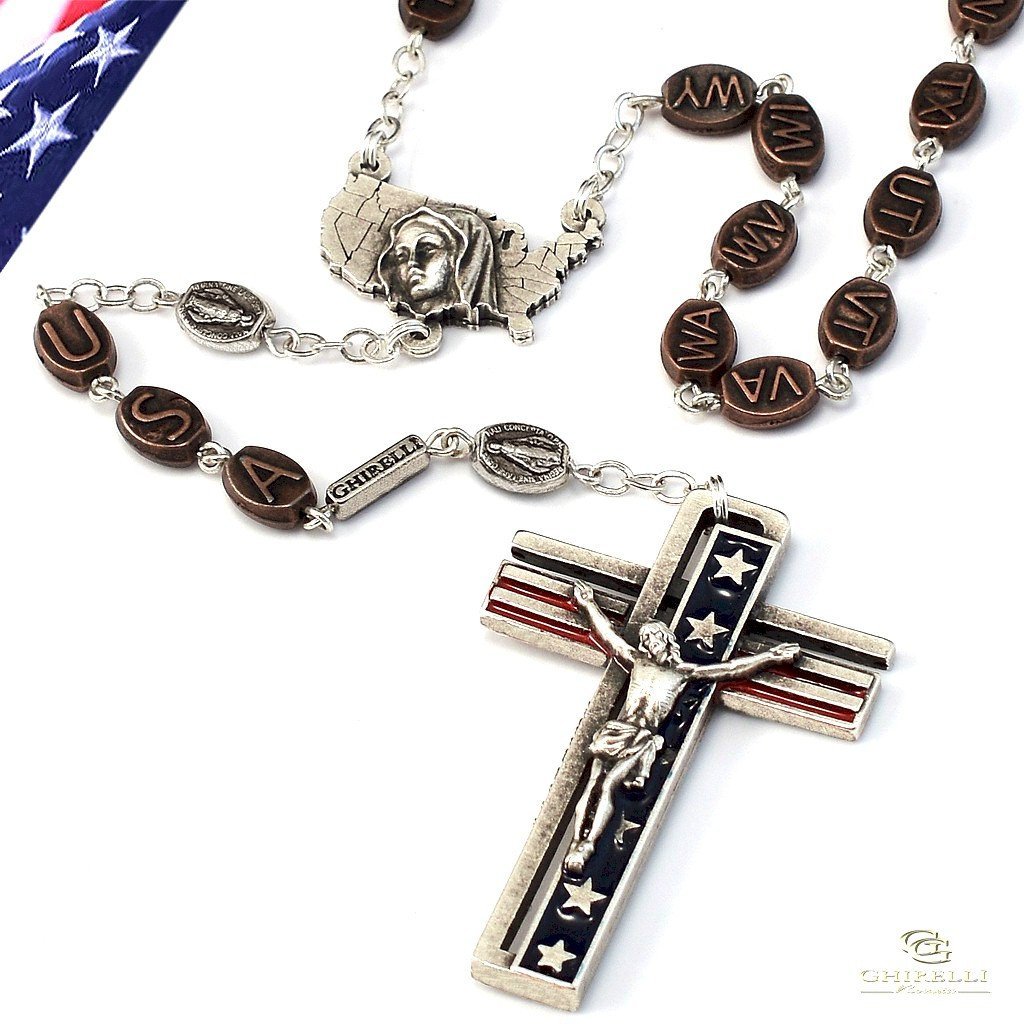 As I write from my humble abode in God Bless America – land of the free (e.g., where the “right” to enter into a gay sex pact under the guise of “marriage” is secure) and home of the brave (e.g., where our leaders are boldly committed to allocating more than half-a-billion taxpayer dollars annually to fund human slaughterhouses) – the ides of June is upon us, and you know what that means:

It means that the Fourth of July, otherwise celebrated here as Independence Day, is just around the corner, and the U.S. Conference of Catholic Bishops is gearing up for its annual religious liberty observance.

Previously known since its inception in 2012 as the “Fortnight for Freedom,” the fourteen day observance leading up to July 4 has been revamped and renamed as “Religious Freedom Week.”

When asked about the change in a video interview with John Allen of Crux News published six weeks ago, Archbishop Kurtz, Chairman of the USCCB Committee on Religious Liberty, said:

So, after six years and God only knows how many millions of dollars spent on branding, marketing and advertising their Americanist propaganda, the USCCB has come to the conclusion that the “average person” in the pews (the same who have been footing the bill) simply cannot be made to understand such esoteric British expressions as “fortnight” – unlike, I suppose, people of presumably above average intelligence like themselves.

In any case, an excited Archbishop Kurtz went on to tell John Allen about the Conference’s new plan for wasting the faithful’s hard earned donations:

Consider the reflection published by the USCCB for Day Two, which reads like a United Nations / Democrat National Committee bumper sticker:

Getting more specific about this year’s effort, Kurtz said:

We have a Committee that’s really at work, and in these seven days we’ll have videos, we’ll have opportunities of resources and we’re going to have one common flyer, if you will, that I think it’s going to fit well into a parish bulletin… 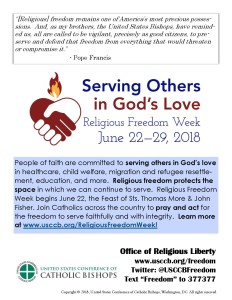 Yes, they are really at work, alright, but for whom? (HINT: It’s not Christ the King.)

At this, John Allen directed viewers (all 300 or so of them to date) to the USCCB website where the various reflections, prayers and other resources are made available.

Having held my nose and taken the time to examine them, I can report the following:

The USCCB has made a conscious decision to leverage “Religious Freedom Week,” and more generally the ongoing activities of the Committee on Religious Liberty, to promote its entirely earthbound political agenda.

In other words, the primary mandate of the USCCB Committee on Religious Liberty is not really about religion at all; not even generically speaking. It’s true purpose is to play a supporting role in promoting the Conference’s leftist position on pet public policy matters; chief among them at the present moment, immigration – the focus of Day Five of Religious Freedom Week.

Throughout the interview, Kurtz repeatedly highlighted his Committee’s supporting role:

Especially if there are difficulties within governmental regulations or laws, that will always be a bit of better bread and butter. In that regard our Committee is really second fiddle …  If it’s education, and you get it, if it’s, if it’s migration, then and, and, there’s rights and dignity of people being challenged, we want to be second fiddle in that … Our committee is going to need to be able to in a sense play second fiddle to international peace and justice, to make sure that this is in the front burner as we talk to people throughout the United States.

And you get it, right John?

Yes, of course John Allen gets it. After all, he works for Crux News, which is funded by the Knights of Columbus, and the Knights – under the direction of Grand Poobah Carl Anderson, who held a number of posts in the administration of President Ronald Reagan – is swimming ears deep in the USCCB / Americanist Religious Liberty cesspool.

In fact, the USCCB’s call to action for Day Four of Religious Freedom Week includes a plea for donations to … you guessed it … the Knights of Columbus.

In Catholic parishes from sea to shining sea, preparations are underway to join in the “Religious Freedom Week” festivities, with local Knights of Columbus councils playing a key role in organizing and sponsoring the events; which include, of course, public recitation of that dreadful and blasphemous “Patriotic Rosary.” (See disgusting image above)

In sum, if nothing else, we can at least congratulate the USCCB for not pretending that the Sovereign Rights of Christ the King and those of the one true Church that He Himself established enjoy any primacy in their eyes.

As the reflection for the final day of Religious Freedom Week makes all the more plain:

When we speak up for religious freedom, we do so not only for ourselves, but because we are called to defend the dignity of every individual and community that seeks the truth about God, including Muslims, Jews, and others who do not share our Catholic Christian faith.

Lord save us from these faithless men!

Help needed in seeking a miracle