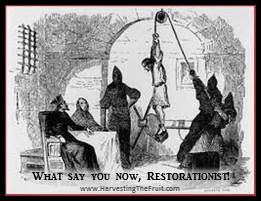 In a recent interview  with Fr. Thomas Rosica of Salt and Light Television, the Ambassador of Newchurch, Cardinal Óscar Andrés Rodríguez Maradiaga, said in reference to the reform of the Roman Curia:

Though the process will go well into next year, one shudders to think what may be coming down the pike. Based on the experience of the past seven or so months, I can think of a few possibilities, some serious, others not so much. (Unfortunately, the difference may not be immediately clear.)

Among the newly created departments:

Pontifical Council for the Pastoral Care of the Homosexual Person

Pontifical Council for the Promotion of Religious Diversity

Pontifical Commission for the Promotion of Mutual Understanding with Muslims

Pontifical Council… no, make that, Congregation for the Ecclesial Role of Women

Congregation for Conscience, which will have direct oversight of the newly created:

Pontifical Commission for the Pastoral Care of the Atheistic Person

Some curial offices will be renamed to better reflect modern day concerns.

Pontifical Council for the Interpretation of Legislative Texts will become:

Others will be combined.

Pontifical Council for the Joint Search for Truth with Humanists, Heathens and Heretics

The Congregation for the Doctrine of the Faith will add a new section:

The Holy Office of the Inquisition of Restorationists

I’m sure you can think of others. Feel free to add them here, just don’t tell anyone associated with the “C-8.” We wouldn’t want to give them any ideas.

“It can no longer simply be said…”