The “Interreligious Soccer Match for Peace is set to take place on September 1st at 8:45 p.m. local time in Rome’s Olympic Stadium.

According to Catholic News Agency, the match will draw together past soccer players who represent different cultures and religions, including Buddhists, Christians – Catholic and Protestant – Jews, Hindus, Muslims and Shintos.

I won’t be watching, but one can just imagine how this match will go…

• The Catholics, who started their pregame novena on August 24th, will have the perfect game plan, but the Protestants will reject it.

• The Hindus will pass to one another using their favorite play, connect-the-dots (otherwise known as the give-and-go).

• The Shintos, in spite of spirited play, will come up a little short.

• The Jews will sell the tickets, the food, the souvenirs, and the television rights, but only after negotiating player contracts. (Oh, and they’ll also provide the team physician.)

• And last but not least, the Muslims will be shooting at every possible opportunity. 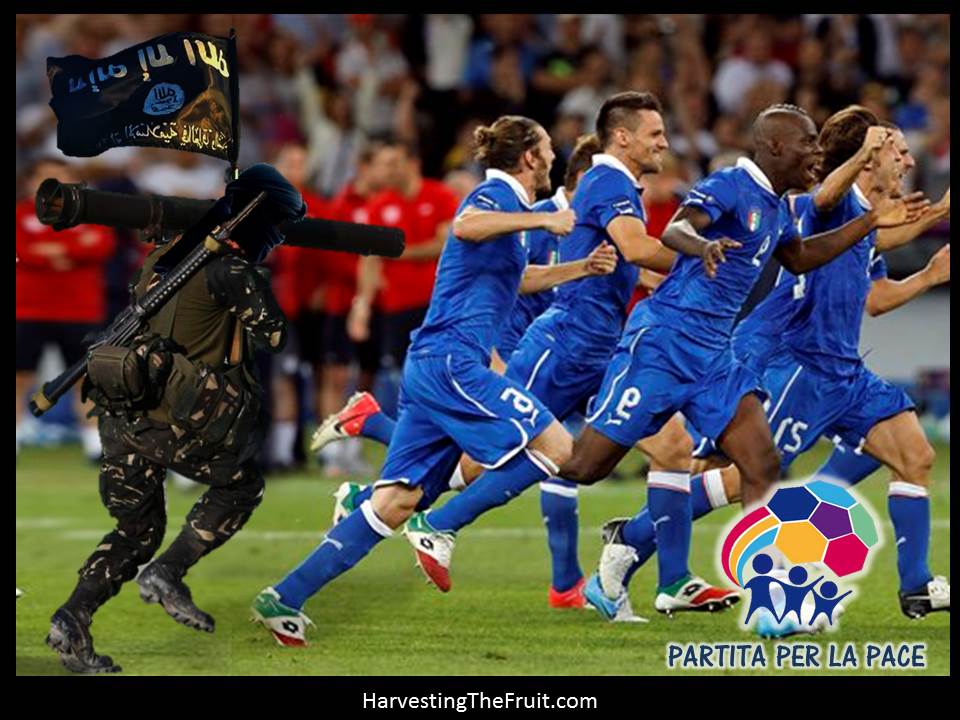