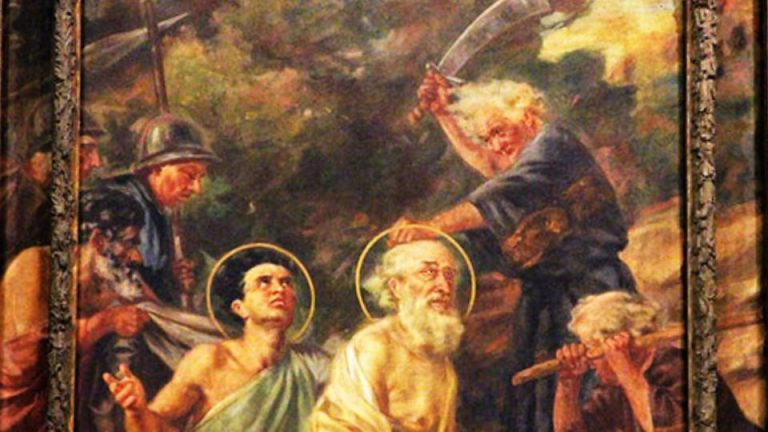 Yes, you read the title correctly. As the argument goes, there was a time when the Holy Father – in this case, Pope St. Marcellinus (reigned from 296-304) – publicly offered incense to the emperor, thus openly committing acts of idolatry and apostasy. And guess what? No one imagined that in so doing he had ceased to be a member in good standing in the Holy Catholic Church, much less had he relinquished the pontificate.

One of the people making this claim is Fr. Philip Wolfe, FSSP, who is well known for his many excellent sermons as made available on Youtube.

If the claim is true, then men like me who are convinced beyond all doubt that Jorge Mario Bergoglio, by virtue of his pertinacious and notorious departures from sure Catholic doctrine, has (to quote Fr. Pietro Ballerini) “in a certain way abdicated the Pontificate” (if indeed he ever had it), would have a problem. At minimum, we would have to reconsider our position; we might even have to join Michael Matt and others in calling Jorge our “Holy Father!”

But is the story true? In the video below, John Lane and I dissect the claims made about Pope Marcellinus as presented in a sermon delivered by Fr. Wolfe.

Resignation agitation and the wit of John Vennari