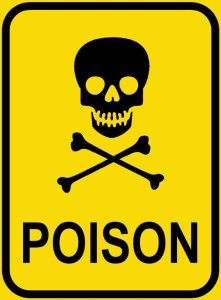 I’ve been alerted, both here on the blog by a reader, and privately by a priest friend, that my statement (offered in a previous post), “The Novus Ordo Missae is like poison in the Body of Christ; capable of infecting the Catholic faithful with a deadly degree of modernism,” was addressed in a post on Mundabor’s Blog.

I enjoy Mundabor’s Blog. I consider him a brother-in-arms and I like the pull-no-punches way in which he defends the faith.

While he may have had my comment in mind, in part, I think he was responding more directly to a lecture given by Fr. Daniel Themann, FSSPX, the content of which was recently covered by John Vennari at Catholic Family News.

In any event, Mundabor brought up some noteworthy points worthy of reflection as it relates to the validity of the Novus Ordo, the Most Holy Eucharist as consecrated therein, and our Sunday and Holy Day obligations.

The first thing that must be said is that the matters under discussion, specifically as it relates to questions concerning how we are called to respond, are far from simple.

On the contrary, they are as complex as the master of subtlety himself. He is, after all, the author of the crisis.

That being the case, it comes as no surprise that good Catholics will disagree on certain points.

For the sake of brevity, I’m going to quote relevant snippets from Mundabor’s post, but I urge you to read it in full to avail yourself of his entire argument, portions of which I won’t address here.

I can never consider the drink the Church gives me a poison, though I will always say that as a drink it is vastly less, for lack of a better word, thirst-quenching or nourishing than the wine [that she should be providing]…

If you have a valid Mass you can attend to, you have a Mass obligation … do not come on this blog and tell me that you know Christ is there in the miracle of Transubstantiation, but you are too fine a Catholic palate to drink of His blood.

I get it, and furthermore, I appreciate the passion with which Mundabor states his case.

Respectfully, however, I think he is oversimplifying the situation by conflating the Blessed Sacrament with the Novus Ordo itself.

Overlooked in the process is the reality that those who deliberately refrain, and even encourage others to refrain, from participating in the Novus Ordo even when it is their only choice on a given Holy Day of Obligation, are very specifically refusing the rite; not the Eucharist.

As such, when we speak of “the food that Holy Mother Church dishes on [our] tables,” it’s important to distinguish between the Eucharist on the one hand, and the rite wherein the Sacrament is confected on the other.

The former is always properly considered Heavenly Food dispensed by the hand of our Holy Mother. The rite known as the Novus Ordo Missae, by contrast, is not.

The new Mass, the same that Cardinal Ratizinger aptly described as “a fabrication; a banal on the spot product,” comes to us directly from the hands of weak and sinful men, including Pope Paul VI of bitter memory. It does not come to us from Holy Mother Church.

Some will shutter at such distinctions, I know, but if nothing else has become glaringly obvious over the last fifty years it is the danger associated with equating all that the post conciliar popes have given to us with authentic Catholic nourishment.

As such, one must constantly discern between those things that have been given an official stamp of Church approval in our day, and that which is given to the faithful by Holy Mother Church herself. Point being, they’re not necessarily the same.

While the milk drinkers among us are ill-prepared to digest such solid food; the plain truth is that the Novus Ordo Missae is not to be confused with a fruit of the Holy Ghost who leads the Church into all truth; rather, it was unceremoniously forced upon the faithful against His will. Of this there can be no doubt.

(I will save for another day a discussion about whether or not the reformers’ actions were licit, and how this might bear on the status of the rite they invented, but suffice to say that it is an important one.)

In any case, we can say without reservation that Holy Mother Church would never hand such a rite as the Novus Ordo to her children.

For one, because it is, as a rite, “like poison capable of infecting the Catholic faithful with a deadly degree of modernism.”

To deny this is to deny the principle “lex orandi statuat legem credendi.”

It is also to deny that which is all too obvious from plain observation:

The new Mass, just as Cardinal Ottaviani warned in his famous Intervention, leads to a loss of Catholic faith, if not for all who frequent the rite (save only for those spared by the grace of God), for many if not most who do so.

Even so, many are still tempted to underestimate just how poisonous the Novus Ordo truly is by weighing the danger inherent to the rite against the infinite graces made available in the Most Holy Eucharist.

To do this, however, is to “ask the wrong question,” if you will.

While it is true, as Mundabor wrote, “It’s not that there is a precedent, because the situation [at hand] is new,” the precepts of the Church do provide at least the framework for constructing a logical response to the present dilemma; one that may be expressed as follows:

Before we consider the precepts directly, I’d like to address the following argument:

While I grant that the Novus Ordo leads to a loss of faith for many; for me it poses no such risk. I am fully aware of the crisis and actively labor to steep myself in the truths of the faith as taught so very clearly before the Council.

I’ve argued as much myself in the past, but left unaddressed is the heavy burden placed upon those of us who, by God’s grace, have had their eyes opened.

It’s not enough simply to say, “I’ll be OK.” Rather, we are called to give witness to the truth that has been made known to us in such way as to not lead others into temptation; i.e., we are duty bound not to lend the appearance of good to that which is dangerous, and our own participation in the Novus Ordo threatens to do just that.

We might recall St. Paul’s caution to the Corinthians:

Only take care lest this liberty of yours somehow become a stumbling block to the weak. (1 Cor 8:9)

Now, as for the precepts of the Church and how they lend a degree of clarity to the situation:

Consider that while the precepts of the Church require that we “attend Mass on Sundays and on Holy Days of Obligation,” they only require us to “receive the sacrament of the Eucharist at least during the Easter season.”

This suggests that our Holy Mother has determined that attending Mass is good for her children, as a rite, in and of itself, even apart from reception of the Eucharist.

The Novus Ordo, however, as discussed, is not good for us, as a rite, in and of itself, even apart from reception of the Eucharist.

To maintain that we are obligated to attend the Novus Ordo nonetheless is tantamount to suggesting that the Church can be likened to a mother who would feed her children broccoli tainted with cyanide simply because that is the only vegetable currently available.

A good Mother would never do such a thing; nor would Holy Mother Church obligate us to participate in a rite like the Novus Ordo.

As for the obligation to receive the Eucharist at least during the Easter season, rare is the situation where this cannot be fulfilled while assisting at the Mass of Ages; a rite that far from posing a danger to souls is well known to be a vehicle of great grace, as a rite, in and of itself.

As such, one can perhaps understand why the Society of St. Pius X (and even some others) counsel against participation in the Novus Ordo.

As for saying that such participation is sinful, it depends upon the relative ignorance of the individual in question.

I think Fr. Themann spoke well when he stated in his lecture that, knowing what he knows, his own participation therein would be sinful.

At this, I’d like to ask that you join me in praying for all those good and holy priests who currently struggle to discern the Lord’s will as it relates to all that has been discussed here.

In conclusion I offer the following sent to me by one such priest relative to the topic at hand:

I think this quotation by Fr. Hesse of G.K. Chesterton is apropos:

Feast on wine or fast on water,

And your honour shall stand sure;

He the valiant, she the pure.

If an angel out of heaven

Brings you other things to drink,

Thank him for his kind intentions,

Go and pour them down the sink.

Fr. Hesse explains:  Wine is the true doctrine of the Mass; water represents baptism. Wine means purity and doctrine, which is Truth.  Christ is the Truth. He must not be watered down, even if it is an angel from heaven that brings an alternative gospel (Galatians 1:8).