I’ve said many times that Sundays in the fall and winter for me are about Faith, Family and Football.  (That’s American Football for those of you on other continents, but don’t be offended, I really like “soccer” too.)  I’ve played lots of sports over the years – baseball, football, and even some ice hockey… and I think there’s something about sports that resonates well with our faith as long as kept in its proper perspective.

Anyway, I just learned an interesting bit of Catholic / sports trivia via my friend Geoffrey Gilbert:

Did you know that lacrosse received its name from St. Jean de Brébeuf, Priest and North American Martyr? That was news to me, and I’ve lived my whole life in Maryland, which is a pretty lacrosse heavy area.

Geoffrey is a devout traditional Catholic, former marine, husband, dad and all around good man  who started the North American Martyrs Lacrosse Club for traditional Catholic men 35 years of age and older who enjoy playing lacrosse. I can only claim half of those qualifications, but if any of you live in the U.S. or Canada and this sounds like something you’d be interested in, check out their website. It sounds like a great way to play the sport with like minded men. 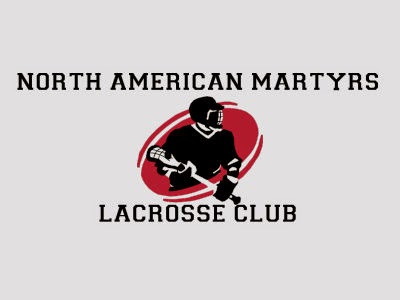