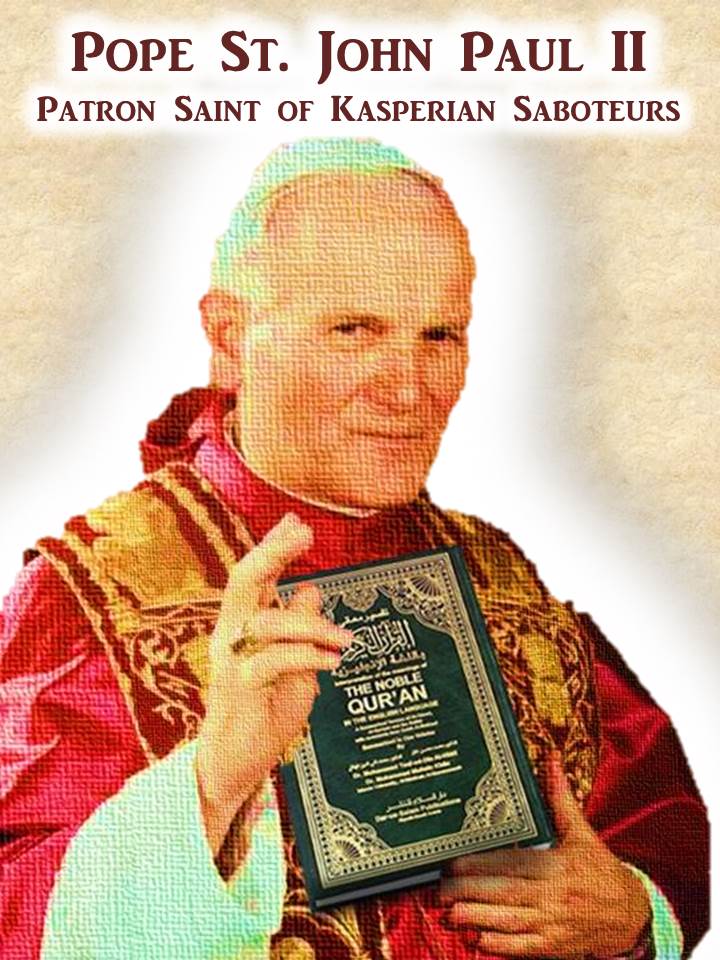 Cardinal Kasper’s presentation to the Consistory of Cardinals in February, wherein he proposed potential pathways for admitting the civilly divorced and “remarried” to Holy Communion, is anything but “profound and serene theology,” in spite of Pope Francis’ glowing evaluation.

This episode fell from the radar screen very quickly, especially given the more recent dust-up over the pope’s telephone call to the Argentinian woman.

On the one hand, this is rather shocking given its utterly scandalous nature; on the other, it’s indicative of the degree to which we’ve grown numb to the many assaults against our Holy Faith that have taken place at the hands of the Roman Pontiffs in recent decades.

Can anyone imagine, Pope Pius X, a genuine Saint, publicly congratulating the architect of a plot to undermine the dogmas of the faith, and this before the Consistory of Cardinals? I digress…

As it is, Cardinal Kasper and his supporters (including perhaps even the pope himself) are no doubt lobbying the bishops of the world to solicit their support in preparation for the upcoming Synod. Of this one can be reasonably sure.

Well, it occurs to me that it would make logical sense for Kasper and his Merry Band of Ecclesial Saboteurs to beg the intercession of Saint John Paul II in the process. In fact, they might even do well to consider appointing the Polish pope Patron Saint of the effort to invite adulterers to Holy Communion. Why not?

After all, Karol Wojtyla as pope had numerous public and scandalous dalliances with those other than his rightful and legitimate Bride, and that didn’t stand in the way of him being formally recognized via canonization as one among the Communion of Saints.

Surely, therefore, his intercession will be efficacious in the matter of urging the Church to likewise overlook the adulterous behavior of other, far less public figures, relative to Holy Communion, no?