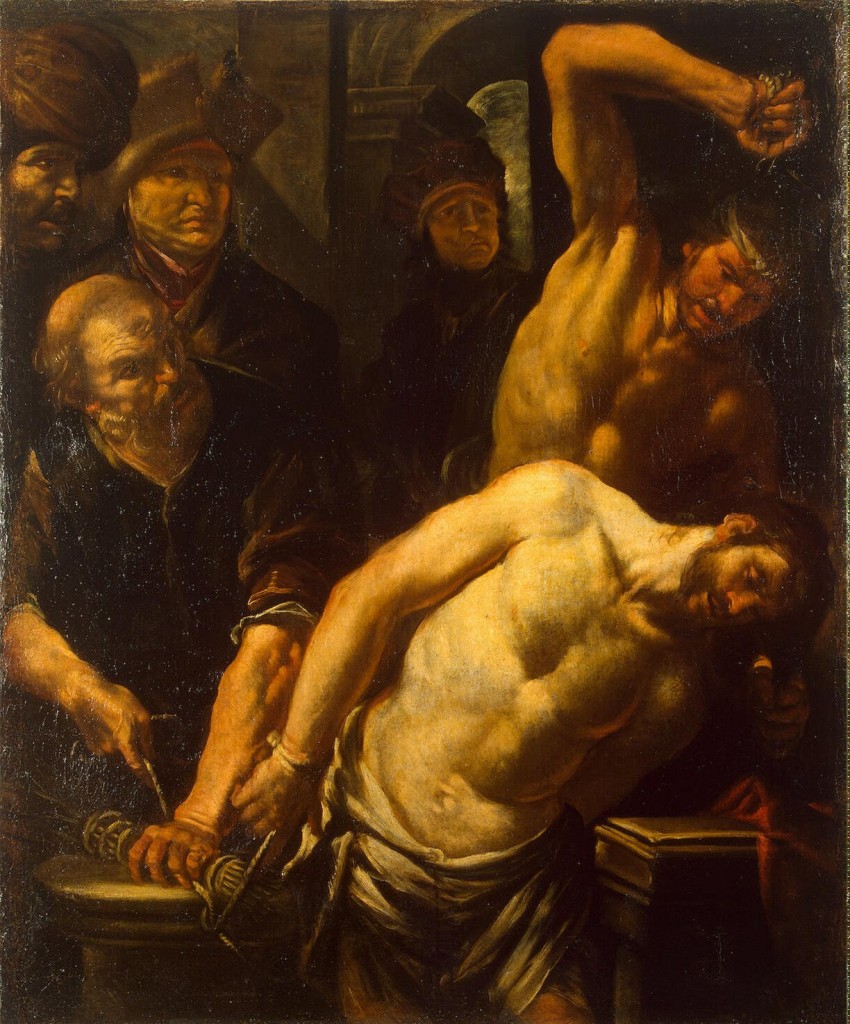 “At the heart of this Sunday … are the glorious wounds of the risen Jesus.”

So began with dark irony the homily of Pope Francis at the canonization Mass for Popes John XXIII and John Paul II, men whose pontificates ingloriously inflicted a staggering number of lasting lacerations upon the Body of Christ.

As befitting such a mockery as this, the canonizations took place on Sunday, the day of the Lord’s Resurrection, when indeed it would have been far more appropriate for them to have been carried out on the day of His sorrowful passion.

In the case of Pope John Paul II, his legacy includes such traitorous acts as publicly venerating the unholy writ of the false religion Islam, a book of blasphemous lies that plainly belittles Our Lord Jesus Christ as but an ordinary man; a prophet sent to prepare the way for Muhammad.

As if reverencing this sacrilegious screed worthy of incineration were not scourge enough upon the sacred flesh of Our Blessed Lord, the Polish Pope even went so far as to beg, within earshot of all the world, the intercession of St. John the Baptist to “protect Islam.”

Reasonable people might ask, given that Islam is the Devil’s bidding, from exactly what threats did the pope imagine this false religion needed protection?

Whatever the answer may be, the disregard of John Paul II for the mission of the Church as given by Christ was such that precious little evidence exists of him ever having exhorted heathens or Jews to enter the one true Faith through the waters of Baptism that they may be saved.

On the contrary, his public record is littered with innumerable words and deeds that serve only to reassure those poor souls who dwell in darkness outside of the Holy Catholic Church, confirming them in their error.

Throughout his more than a quarter century on the Chair of St. Peter, John Paul II pontificated endlessly about the “rights of the human person,” and yet he couldn’t manage to bring himself to assert the Sovereign Rights of Christ the King, the same whom he was charged with serving as Vicar.

Are there praiseworthy elements to be found in his record as well?

Certainly, but “a little leaven leavens the whole lump.” What parent among us would give their child to drink of water that contains just a dash of arsenic?

Had Karol Wojtyla behaved in such manner as a bishop during the reign of Pope St. Pius X, or any number of other Roman Pontiffs, can there be any doubt whatsoever that he would have been severely reprimanded by the Holy See and called to repent of his numerous offenses against the Faith?

In some places, his episcopal residence would have been stormed by the locals; the offending cleric unceremoniously dragged to Rome to answer for his crimes.

Now here we are just a century later, and the exact opposite has taken place; the offender has been canonized, and the majority of Catholics at large are quick to rush to his defense at the mere mention of his many misdeeds.

What exactly has changed?

For one thing, the collective makeup of the men who occupy the positions of power in Rome, even to the highest reaches, has changed, and changed substantially.

The affairs of the Holy See in our day are conducted by cardinals and bishops (including the Ordinary of Rome), who are either unable or unwilling to draw clear distinctions between that which is true and that which is false; that which is holy, virtuous, and laudable and that which is offensive, impious and condemnable; a grave dereliction of duty for men who are charged with teaching everything whatsoever that Our Blessed Lord commanded.

This too is due in no small measure to the legacy of Pope John Paul II.

Having reigned for more than half of the entire post-conciliar period to date, huge numbers of under-nourished souls, some of them being the hierarchs of today, came of age at a time when the pope’s bewildering liturgies, hyper-inflated focus on human dignity, and ecumenical love-ins were presented, and largely accepted by many, as the gold standard for what it means to be “Catholic.”

Even as Rome in the hands of such men has changed quite a bit, those who by the grace of God still possess the most basic of Catholic sensibilities know that the Church herself has not changed, and indeed she cannot. What the light of truth exposes as condemnable, will always be condemnable, even if the cowardly, the ignorant and the faithless who fill her ranks prefer instead to applaud.

The only thing the canonization of Pope John Paul II will accomplish is to perpetuate the impact of his many failings, making it all the more difficult for those who seek the one true faith to actually find it.