Home
Blog Post
Pastors According To My Own Heart (Jer 3:15)

… And they shall feed you with knowledge and doctrine. 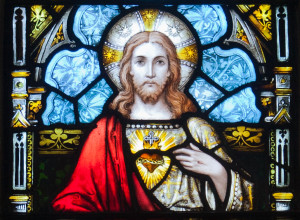 What fascinating times we Catholics live in! The anthropological twist that we are experimenting in the Church—in all ecclesial settings, but most especially palpable in the liturgy—wreaks utter havoc. It is the cult of man that has, alas, occupied the minds and hearts of even the highest authorities in Holy Mother Church, as Bl. Paul VI ironically recognized in the last public session at the close of the Second Vatican Council on 7 December 1965:

Secular humanism, revealing itself in its horrible anti-clerical reality has, in a certain sense, defied the Council. The religion of the God who became man has met the religion (for such it is) of man who makes himself God. And what happened? Was there a clash, a battle, a condemnation? There could have been, but there was none. The old story of the Samaritan has been the model of the spirituality of the Council. A feeling of boundless sympathy has permeated the whole of it. The attention of our Council has been absorbed by the discovery of human needs (and these needs grow in proportion to the greatness which the son of the earth claims for himself). But we call upon those who term themselves modern humanists, and who have renounced the transcendent value of the highest realities, to give the Council credit at least for one quality and to recognize our own new type of humanism: we, too, in fact, we more than any others, honor mankind. This is the current official English translation on the Vatican website.

A much more accurate English translation would read: we more than anyone else, have the cult of man.

The impression given is that someone in the Holy See decided that to translate “hominis sumus cultores” as “we… have the cult of man”—certainly a faithful translation—sounded un-Catholic, so much so that it reads “we… honor man.” But that’s quite a different translation!

In any case, whatever the translation, the Pope’s discourse is quite clear in its proposition: to recall the Second Vatican Council’s preoccupation with man, enough so that man has actually been placed in the center of the Council’s deliberations. Indeed, a clear anthropological slant has taken the place of the heretofore theocentric orientation in traditional Church Magisterium. Without formally forsaking doctrine, of course, nonetheless the Council’s preoccupation is therefore fundamentally pastoral in nature.

And thus being so, the resulting devastation of the Lord’s Vineyard can be perceived at all levels, and alas, even at the highest levels of apostolic authority, as was the case for Bl. Paul VI in 1965. And under Francis as well with a particularly strong intensity.

It was in a television interview with the recently Francis-appointed Archbishop of Chicago, Msgr. Blase Cupich, who asserted that someone had said it this way: that (St.) John Paul II told us what to do, that Benedict XVI told us why we should do it, and that Francis is telling us to do it. But obviously emphasizing the reigning Pontiff’s style, in other words, that of being eminently “pastoral,” perhaps even implicitly insinuating that Francis’ two predecessors were less so…

In another television interview regarding the Synod on the Family held in Rome in October 2014, Cardinal Donald Wuerl, Archbishop of Washington D.C., took great care in explaining how “doctrine” would not change, but that “pastoral applicability” was a flexible matter.

Do we detect a kind of gnostic dualism here? Can “doctrine,” particularly dogmatic, be one, unchangeable thing, while “pastoral applicability” be another thing altogether, subject to change, although somewhat related to a supposedly unchanging doctrine?

It would seem then that under the pontificate of Francis, now is the time for being more “pastoral,” even—perhaps—to the extent of dispensing with undue doctrinal concerns, or so we are told. And told we are continually, not only by the press, not only by certain key prelates—who seem to represent the Pope’s view on these issues—but clearly insinuated by Francis himself in his addresses: daily homilies, interviews, discourses, etc.

Could it be today, still, what a younger theologian by the name of Joseph Ratzinger, had said in the mid-1970s—certainly not the best of times for the Church—that modern man ran the risk of converting into an idol of worship the times he lives in?

Ironically though, this would not really be anything new. A variant of this idol worship—a golden calf—is what the ancient Hebrews did during the Exodus from those over four hundred years of slavery in Egypt. Another variant is what many Catholics have been doing in more recent times: that of opening up the Church to the modern world.

In fact, this was one of Vatican II’s major goals. The windows and the doors of the Church—it was boldly and proudly said in the 1960s—must be opened to let in the fresh air of a new springtime and a new Pentecost! And yes, windows and doors were indeed opened… but why? And to what?

I’ll tell you what: a pseudo-idol worship of the “signs of the times,” of the modern world, which has resulted in a massive abandonment of Christian life, in individuals and in societies, leading up to what Bl. Paul VI lamented—a bit late in the day—as menacing dark clouds gathering over a doubting Church. And what St. John Paul II termed a “silent apostasy.”

Had not Pius XII feared that the Church one day would doubt, as Peter had doubted?

One cannot choose but to wonder if Paul VI and John Paul II were ever aware of their contribution in helping to bring this about, due to crucial errors in prudential pastoral judgements… i.e. if Paul VI hadn’t sanctioned a pastoral epic failure, as Dietrich von Hildebrand feared: an anthropocentric, drastically “reformed” liturgy that objectively breaks with the Roman liturgical tradition of the Church, and if John Paul II hadn’t been so eager to hold pastorally imprudent inter-religious meetings for “peace” in Assisi, giving the impression of religious indifferentism.

If indeed it is true, as it seems to be the case, that Pope Francis and other prelates according to his mind and heart, are insinuating that unchanging Catholic doctrine is one thing, but changing pastoral applicability of that doctrine is another thing, they are essentially dividing two inseparable dimensions of the same reality: something that should not—indeed, cannot be done—at least not without serious pastoral consequences.

We must not be ingenuous: Catholic doctrine need not be changed in any formal way in order for it to change in practice. That’s much too obvious for the modernist. All doctrine needs is to be simply honored by giving it lip service… which in the Novus Ordo régime really means ignoring it, and have it “changed” informally by an unorthodox pastoral applicability. And voilà! Doctrine remains intact, and yet is no more…

This amounts to nothing else but a dangerous doctrinal/pastoral schizophrenia, that makes the hipocrisy of the Pharisees in the Holy Gospels pale by comparison.

+Archbishop Marcel Lefebvre once wisely remarked that the issues in the Church are always on doctrine. Naturally, because Catholic doctrine is based on divine Revelation: it’s revealed truth of who God is, and who we are, poor sinners, in need of Redemption. Doctrine has therefore an essentially salvific dimension; it’s for our sake and for our salvation. Authentic pastoral care merely applies revealed truths. That’s being a pastor according to God’s own heart.

St. Paul tells of Christ being One, and thus not divided, in an apostolic exhortation to the early Christians to not become divided among themselves: Is Christ divided? Was Paul then crucified for you? or were you baptized in the name of Paul? (1 Cor 1:13). To use the phrase in this context, this has many, many “pastoral applications” today as well.

And so, as this threatening doctrinal and pastoral gnostic dualism surrounds us in our times, we Catholics must do what must always be done: hold on fast to Traditions as handed down by the Apostles, as St. Paul exhorts (2 Thess 2:15), which is the divine bimillennial proven antidote to sustain our faith, hope, and charity, in the midst of all our modern-ist ecclesial woes.

We must take heart from the great Father of the Church, St. Irenaeus of Lyon (+202), Bishop and Martyr, in his famous work against the heretics, “Adversus hæreses,” whereby he warns the faithful: The heretics say things similar to us {Catholics}; but they do not think like we do. And also, referring to their false doctrines, which are mere Gnostic deliriums of those who think they’ve discovered something beyond Truth.

Indeed, what possible incoherent doctrinal and pastoral Truth can anyone think to discover beyond Christ’s open Sacred Heart on the Cross—Heart not divided—but whole, pierced out of Love for our Redemption?