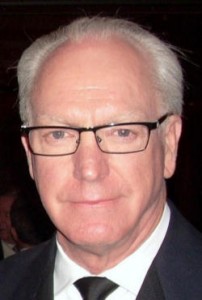 According to a recent article penned for Catholic Online, Deal Hudson no longer wants to be called “a conservative Catholic.”

The reason? Media outlets are reporting, fairly or not, that “conservatives” are struggling with Pope Francis’ style, some even going so far as to allege that he has, at times, inaccurately portrayed the faith of the Church.

I can sympathize; labels are often of but limited use.

For my part, while I’m not opposed to being considered a “traditionalist,” or even a “radical traditionalist” inasmuch as radical simply means “at the root,” the reality is, traditionalists are simply Catholic.

Catholics by definition embrace the Faith comes to us from the Apostles, as transmitted over the course of the centuries “in its entirety and preciseness … pure and integral, without any attenuation or distortion,” to quote the instructions given to the Council Fathers of Vatican II by Pope John XXIII.

This means that every authentic Catholic is a traditionalist; to cease to be so necessarily renders one’s Faith deficient.

All of that said, I feel compelled to challenge Dr. Hudson’s suggestion that every one of Pope Francis’ statements, including those considered most “controversial,” are entirely defensible.

“I’m prepared to explain all of them,” he states.

As an example, he points to that portion of the Scalfari interview wherein Pope Francis said:

“Each one of us has his own vision of the Good and also of Evil. We have to urge it [the vision] to move towards what one perceives as the Good.”

According to Hudson, “St. Thomas Aquinas said precisely the same thing. The will is naturally led by the vision of the Good — meaning what appears desirable — towards mental and physical action. That vision of the Good may be wrong, or incomplete, as Pope Francis knows, but that is how the human person operates.”

One does well to notice that Hudson takes great liberty “filling in the blanks” in the Holy Father’s deficient treatment, with the sole justification being summed up in the presumption, “as Pope Francis knows.”

Whether or not the pope knows that mankind, unaided by the dictates of the eternal law, often chooses “apparent goods” that are objectively evil is irrelevant; the obvious point is he didn’t communicate as much.

Neither the pope, nor Hudson for that matter, bothered to mention the most crucial unspoken truth of all; namely, that the eternal law is made known by way of Divine revelation, taught without error by the Holy Catholic Church.

In spite of good intentions, Hudson isn’t explaining what the Pope said at all, he is simply explaining away both what the pope said, as well as what he failed to say; gratuitously putting ideas in the Holy Father’s mind and words in his mouth, as if by this sleight of hand those who are troubled by the glaring lacunae in the pope’s public statements are somehow rendered blameworthy.

There’s a reason Our Blessed Lord commissioned His Church, the same over which Pope Francis reigns, to “teach everything whatsoever” that He commanded; half-truths relative to the doctrine of the Faith endanger the very souls for which He laid down His life.

Surely it isn’t too much to ask for Pope Francis to communicate the content of the Faith after the instructions given to the Council by John XXIII, the same that he plans to canonize next April.

Furthermore, Hudson fails to address the context in which the pope was speaking, which is crucial for understanding the full impact of this so-called “new genre of papal speech.”

The atheist Eugenio Scalfari elicited the pope’s response by asking, “Your Holiness, is there only one vision of the Good? And who determines what it is?”

If the Church were healthy, a twelve year old kid preparing for Confirmation could answer that question; of course there is only one vision of the Good, God Himself, and He makes Himself known through the Church that He established for our salvation.

Pope Francis, on the other hand, chose to answer as we have seen, but he didn’t stop there; rather, he continued:

“And now I repeat it. Everyone has his own idea of Good and Evil and he has to choose to follow the Good and to fight Evil as he understands it. This would be enough to improve the world.”

This, my friends, is simply not a Catholic thought.

I’m confident in saying that Deal Hudson, just eight short months ago, would have joined me in condemning the false notion that people do well to follow the Good as they understand it if such had come from, let’s say, an RCIA director; today, it’s papal business as usual. Seriously, think about just how far the bar has been lowered.

In any case, Dr. Hudson concluded, “By pointing out that all persons seek the Good as they see it, he is providing all Catholics with the secret of effective evangelism: Start with how people ‘see things’ and work on converting that, and you will reveal the wisdom and beauty of the Church.”

The only secret revealed in this regrettable situation is that “evangelism” as conceived of by Pope Francis and those who applaud his every misstep, otherwise known as the “New Evangelization,” has nothing whatsoever to do with converting anything or anyone. The phrase “working on converting” has an Apostolic ring to it, but when exactly do the new evangelizers actually plan on doing it?

If one takes Pope Francis at his word, the answer is never:

“Do you need to convince the other to become Catholic? No, no, no! Go out and meet him, he is your brother. This is enough. Go out and help him and Jesus will do the rest.”

Well then, that explains why he believes “proselytism is downright nonsense.” You see, Jesus will just magically convert the people, we need only “to listen to needs, aspirations, disappointments, desperation and hopes” as they are imagined to be among those outside the Church.

For five decades now the leaders of the Church have clung to the fantasy that the allure of the truth alone, apart from the condemnation of error, and without any explicit call to conversion, is enough to accomplish the Church’s mission; never mind that this amounts to an utter rejection of the mission as Jesus actually gave it.

In the end, Deal Hudson’s attempt to “explain” Pope Francis’ words, doing nothing more than circling back to supply insights that the pope never even suggested, only served to prove the indefensibility of what he actually said.