Home
Blog Post
The roots of the new JPII Institute 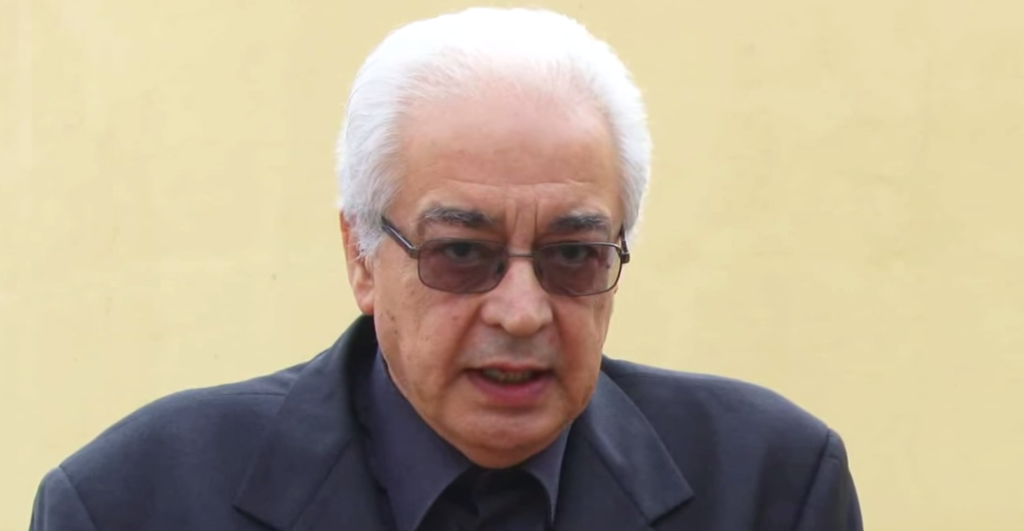 Today’s edition of L’Osservatore Romano has a front-page article written by the President of the newly reconfigured John Paul II Pontifical Theological Institute for Marriage and Family Sciences, Monsignor Pierangelo Sequeri (pictured above).

Msgr. Sequeri opens his essay by calling his readers’ attention to the very source and inspiration for the mission of the Institute as he and his humble superior understand it.

No, it’s not Amoris Laetitia, but rather Vatican Council II – the same that represents, according to such men, that “new beginning that can never be breached by a return to tradition” (as I recently wrote).

Please forgive the repetition, but it must be said yet again that the crisis besetting the Church in our day did not begin with Francis, it is simply flourishing on his watch like never before; most notably with the publication of Amoris Laetitia – a document cut entirely from conciliar cloth.

So, how did the Council give rise to Amoris Laetitia and likewise to the Institute that its author has charged with the task of spreading its poison?

The Council Fathers, according to Msgr. Sequeri, are to be credited with providing what he calls “the full redemption of conjugal intimacy.”

That’s conciliar-speak for the way in which Vatican II broke with tradition by giving the impression that the “mutual help” rendered by spouses to one another has pride of place in marriage.

Holy Mother Church, by contrast, has always taught that the “primary end of marriage is the procreation and education of children; its secondary end is mutual help and the allaying of concupiscence.” (See, e.g., 1917 Code of Canon Law, and Pope Pius XI, Casti Cannubii 17)

By their very nature, the institution of matrimony itself and conjugal love are ordained for the procreation and education of children, and find in them their ultimate crown. (GS 48)

Marriage and conjugal love are by their nature ordained toward the begetting and educating of children. Children are really the supreme gift of marriage and contribute very substantially to the welfare of their parents. (GS 50)

Let us stop here for a moment…

One may be tempted to see the traditional teaching reflected these statements, but what we are witnessing is nothing less than the subtlety of the Master Deceiver at its finest.

It is one thing to plainly teach, as tradition surely does, that the procreation and education of children is “the primary end of marriage;” it is quite another to suggest that this is but “their ultimate crown,” and that children are “the supreme gift of marriage.”

The former teaching makes perfectly clear that the procreation and education of children is a duty that is necessarily enjoined upon the spouses; whereas the latter teaching reduces it to something more akin to an ideal.

It certainly should as Amoris Laetitia refers to Christian marriage as an “ideal” nearly two dozen times.

The Council immediately goes on to state in Gaudium et Spes – 48:

Thus a man and a woman, who by their compact of conjugal love “are no longer two, but one flesh” (Matt. 19:ff), render mutual help and service to each other through an intimate union of their persons and of their actions. Through this union they experience the meaning of their oneness and attain to it with growing perfection day by day.

NB: In this, the Council is speaking as if the very purpose – indeed, the primary purpose – of “conjugal love” is to allow a man and a woman to “render mutual help and service to each other.”

The naïve may feel compelled to argue that the Council is guilty in this case of mere ambiguity; as if there was no deliberate intent to reverse the primary and secondary ends of marriage as taught by tradition.

The very next sentence in Gaudium et Spes, however, leaves precious little doubt:

As a mutual gift of two persons, this intimate union and the good of the children impose total fidelity on the spouses and argue for an unbreakable oneness between them. (ibid.)

The new Code of Canon Law (1983), the Introduction to which identifies the Second Vatican Council as being “of supreme importance in regard” to the “reform” of the 1917 Code that it represents, is more explicit still:

The matrimonial covenant, by which a man and a woman establish between themselves a partnership of the whole of life and which is ordered by its nature to the good of the spouses and the procreation and education of offspring, has been raised by Christ the Lord to the dignity of a sacrament between the baptized. (Can.  1055 §1)

Again, note the order: “the good of the spouses and the procreation and education of offspring.”

Let us briefly recap the progression whereby the traditional doctrine has effectively been reversed:

– The Council presents the “procreation and education of children” in a way that paints it, not as a duty, but as an ideal that arguably some may attain, while others may not.

–  The Council speaks as if the very purpose of “conjugal love” is to allow a man and a woman to “render mutual help and service to each other.”

– In the new Code of Canon Law, primacy is explicitly given to “partnership” and “the good of the spouses.”

From here, as bitter experience alone tells us, an openness to contraception was all but inevitable.

You see, if the procreation and education of children is simply an ideal or a gift in marriage, then avoiding pregnancy no longer seems like such a big deal, does it?

Enter Francis, whose solitary gift to Holy Church is his boldness in making the rupture between conciliar Rome and Eternal Rome ever more plain…

Francis is already on record as giving his assent to “the possibility of taking recourse to contraception or condoms” in certain situations, and there is good reason to believe a more explicit rejection of the traditional teaching has been in the works for some time, and will also be carried forward by the new JPII Institute.

Given that the “mutual help and the allaying of concupiscence” has effectively been established in conciliar Rome as the supreme good and primary end of the “matrimonial covenant,” with “conjugal love” being the means by which it is rendered between a man and a woman, one can hardly be surprised to find Amoris Laetitia making such claims as:

If “while yet not fully the objective ideal” (cf AL 303), “Christian commitment” is present in a given union – second, third or otherwise illicit – who can possibly argue against “conjugal love” between the participants; after all, this is how the supreme good of “mutual help and the allaying of concupiscence” is brought to bear?

Apart from Vatican Council II, which paved the way by effectively reversing the traditional teaching about the ends of marriage, thereby removing the duty attached to conjugal love, we don’t end up here.

In saying that the Council Fathers provided “the full redemption of conjugal intimacy,” clearly Msgr. Sequeri couldn’t be more wrong, but let’s give credit where credit is due:

He is 100% correct in identifying Vatican Council II as the source and inspiration for the work he has been given to do as President of the newly reconfigured John Paul II Pontifical Theological Institute for Marriage and Family Sciences.

At this, I can think of no better way to conclude this post than to reiterate to large extent what I wrote just a few days ago:

In this, the centenary year of Our Lady’s miraculous appearance at Fatima, let us remain ever diligent in connecting her message and the present ecclesial crisis with the errors of the Second Vatican Council.