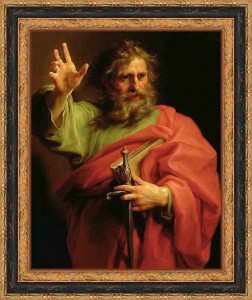 In an interview with Catholic News Service on May 17, 2012, Cardinal Kurt Koch, President of the Pontifical Commission for Religious Relations with Jews, said, “The ‘Nostra Aetate’ declaration of the Second Vatican Council is a clear decree and is important for every Catholic.”

We’ll take a closer look at this notion of “clear” in just a moment.

At an address  delivered at Rome’s Pontifical University of St. Thomas Aquinas the previous day, Cardinal Koch said that Nostra Aetate is “the ‘foundation document’ and the ‘Magna Carta’ of the dialogue of the Roman Catholic Church with Judaism.”

Reflecting further on the document, he said, “The concept of two parallel paths of salvation would in the least call into question or even endanger the fundamental understanding of the Second Vatican Council that Jews and Christians do not belong to two different peoples of God, but that they form one people of God.”

His Eminence was referring to that portion of Nostra Aetate which reads, “Indeed, the Church believes that by His cross Christ, Our Peace, reconciled Jews and Gentiles, making both one in Himself.” (NA 4)

The footnote to this sentence in the decree refers back to Ephesians 2:14-16, which upon examination reveals some very serious problems with Cardinal Koch’s interpretation.

In his Epistle to the Ephesians, St. Paul states,

“Therefore remember that at one time you Gentiles in the flesh, called the uncircumcision by what is called the circumcision, which is made in the flesh by hands – remember that you were at that time separated from Christ, alienated from the commonwealth of Israel, and strangers to the covenants of promise, having no hope and without God in the world. But now in Christ Jesus you who once were far off have been brought near in the blood of Christ. For he is our peace, who has made us both one, and has broken down the dividing wall of hostility, by abolishing in his flesh the law of commandments and ordinances, that he might create in himself one new man in place of the two, so making peace, and might reconcile us both to God in one body through the cross, thereby bringing the hostility to an end.” (Eph. 2:11-16)

First, understand to whom St. Paul is speaking; he is addressing the gentile Christian community in Ephesus. He is reminding them that they were at one time strangers to God and considered outsiders by the Jews, the people of promise. He goes on to tell them that the former hostility between the Jews and themselves is gone, no longer are they estranged from the covenant; rather, they are now joined in one body, with the Jewish followers of Christ, through His cross.

What St. Paul most certainly is not saying is what Cardinal Koch apparently believes he is saying; namely, that even those Jews who reject Christ, and refuse the offer of Baptism, are now “in one body through the cross.”

Surely that is not what St. Paul intends to convey; rather, he is stating that the unity between Jew and gentile is made possible in the new covenant since Our Blessed Lord “abolished in his flesh the law of commandments and ordinances.” (cf Eph. 2:15)

The very notion that any Catholic might believe that St. Paul was speaking of being in “one body” with those who reject Christ, and dismiss His cross as mere folly, is difficult to comprehend.

Recall the words of St. Paul to the Galatians:

“Now I, Paul, say to you that if you receive circumcision, Christ will be of no advantage to you. I testify again to every man who receives circumcision that he is bound to keep the whole law. You are severed from Christ, you who would be justified by the law; you have fallen away from grace. For through the Spirit, by faith, we wait for the hope of righteousness. For in Christ Jesus neither circumcision nor uncircumcision is of any avail, but faith working through love.” (Gal 5:2-6)

The Apostle’s words to the Corinthians were just as clear, “For the word of the cross is folly to those who are perishing, but to us who are being saved it is the power of God.” (1 Cor. 1:18)

St. Paul could not have been more direct, those who reject Jesus Christ and His cross are perishing, even as those who accept Him are being saved.

So, the only way to understand the Second Vatican Council’s statement, “Indeed, the Church believes that by His cross Christ, Our Peace, reconciled Jews and Gentiles, making both one in Himself,” (NA 4) is to recognize that it can only be speaking of those Jews who accept the Lord Jesus Christ; not those self-identified Jews in our day who reject Him.

His Eminence went on to say in his address:

“On the one hand, from the Christian confession there can be only one path to salvation. However, on the other hand, it does not necessarily follow that the Jews are excluded from God’s salvation because they do not believe in Jesus Christ as the Messiah of Israel and the Son of God.”

The objective truth, the same given to the Church to preach to the ends of the earth, is rather straightforward; namely, there is but one path to salvation.

Why does Cardinal Koch feel the need to qualify this truth with the phrase, “from the Christian confession?”

No, Eminence, it is true for everyone, and it is the mission of the Church to make that truth known. There is no “other hand.”

Furthermore, how dare anyone, most especially a Prince of the Church, make light of unbelief in Christ, contradicting the Lord’s very plainspoken warning, “He who rejects me rejects Him who sent me,” words that should cause every follower of Christ to shudder when thinking of the Jewish people.

Charity demands that we refrain from confirming our Jewish neighbors in their error, comforting them with hollow assurances that they are not, simply because they reject Jesus Christ, excluded from God’s salvation.

In truth, my heart shudders even more to imagine the eternal fate of those prelates who speak in such ways than it does for the Jewish people they are misleading.

In charity, let us assume that Cardinal Koch is not deliberately deviating from the doctrine of the faith, but instead has been unduly influenced by the ambiguities of the document upon which he was pronouncing, Nostra Aetate.

In any case, so much for “a clear decree.”

In conclusion, yet another of St Paul’s exhortations seems to be well in order:

But even if we, or an angel from heaven, should preach to you a gospel contrary to that which we preached to you, let him be accursed. (Gal. 1:8)