Further minor modifications to the Roman Missal and Roman Breviary have made these commonly known as the 1962 liturgical books, the very last versions just before the inauguration of Vatican II, and the liturgical “reforms” therefrom.

But, of course, the age-old adage—lex orandi, lex credendi, lex vivendi—that is, the law of prayer is the law of belief, and the law of living the faith, cannot be underestimated. In other words, tell me how you pray liturgically, and I will tell you what you believe, and also how you live out your faith.

Naturally, in no way does this mean that the Catholic Church lacks the Apostolic Authority to establish and govern her liturgical rites. Holy Mother Church has been doing this since her Divine-Apostolic origins.

But, truth be told, up until Vatican II (1962-1965), liturgical reforms had always been done in an organic manner, that is, always following a natural development, always respectful of Apostolic Tradition, always maintaining the same meaning of the Catholic faith in her liturgical expressions.

And so, here’s a prime example of misleading liturgical expressions in the Novus Ordo Missal which, though not heretical per se, not even materially, is nonetheless a flawed text for it does not adequately convey the Catholic faith: Præfatio Paschalis II / Preface II of Easter. 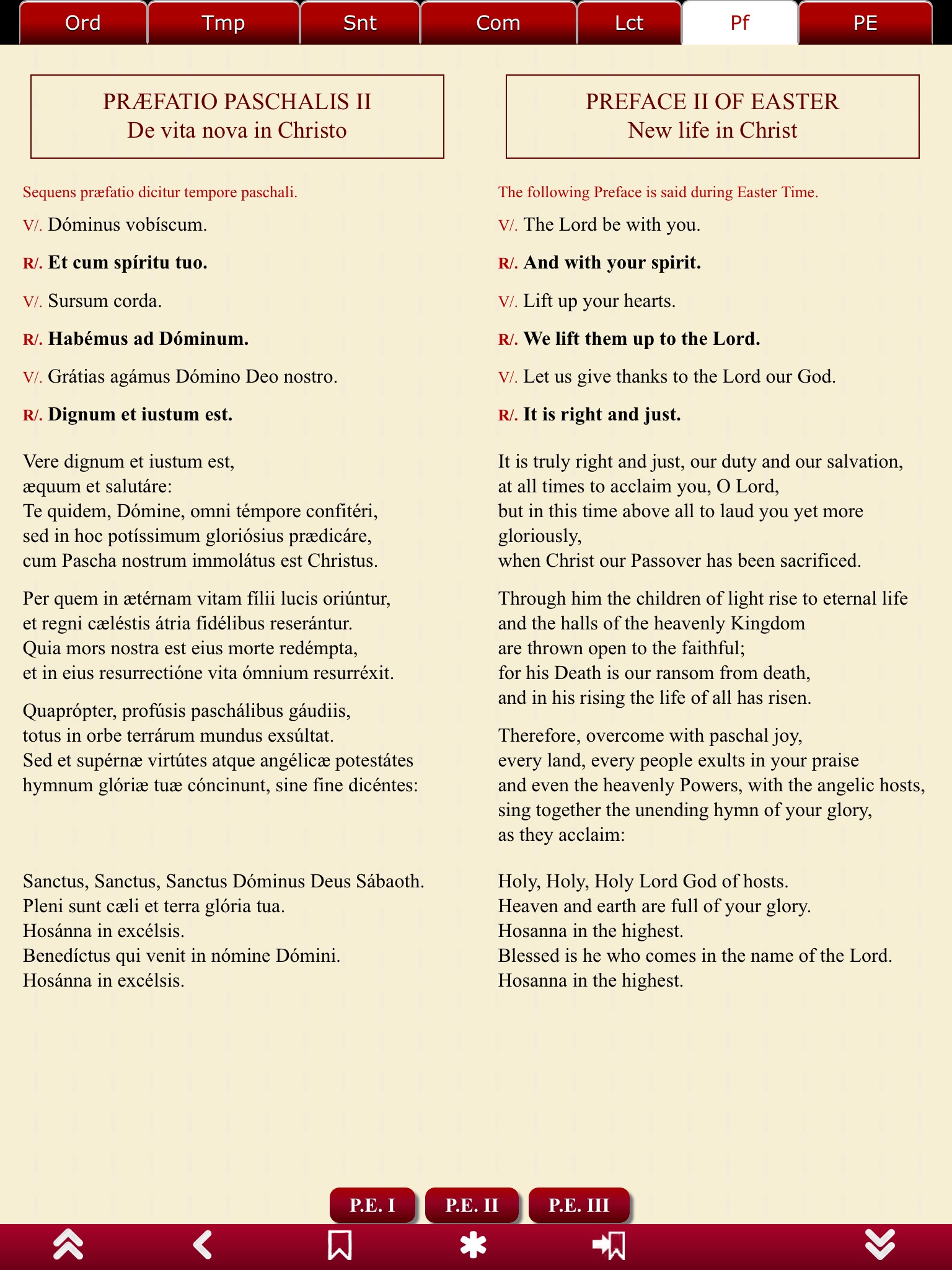 The problem is subtly found in the second strophe, which rather boldly exclaims partial truths, but mixed with misleading implications: Through him {Christ} the children of light rise to eternal life and the halls of the heavenly Kingdom are thrown open to the faithful; for his Death is our ransom from death, and in his rising the life of all has risen.

It never ceases to amaze me, alas, being a bi-ritual diocesan priest, how Novus Ordo liturgical expressions oftentimes provide a peculiar mixture of Catholic truths along with misleading implications for the life of faith, which inevitably confounds and disorients the faithful as to those truths.

In fact, theological and liturgical half-truths can be—and usually are—even more dangerous to the faith than outright doctrinal errors. Why is this so? Because half-truths have indeed an element of truth to them, and so the “omissions” are harder to discern, precisely because of the truths that are omitted.

It is well known, thanks to the luminous Magisterium of Pope St. Pius X, in his splendid encyclical against the Modernists, Pascendi Dominici Gregis (08-IX-1907), that these proponents of the “synthesis of all heresies” endeavor to carefully ensnare unwary faithful with ambiguous wording, or by employing the rather effective tactic of mixing truth with error. They’re experts in the art.

The Holy Father, of heartfelt, grateful and immortal happy memory, warns us like the Good Shepherd he was on earth as the Vicar of Christ:

4. It is one of the cleverest devices of the Modernists (as they are commonly and rightly called) to present their doctrines without order and systematic arrangement, in a scattered and disjointed manner, so as to make it appear as if their minds were in doubt or hesitation, whereas in reality they are quite fixed and steadfast. For this reason it will be of advantage, Venerable Brethren, to bring their teachings together here into one group, and to point out their interconnection, and thus to pass to an examination of the sources of the errors, and to prescribe remedies for averting the evil results…

And so, we have this very problematic second strophe from the Easter Preface II… For indeed it is most certainly correct to say that in Christ, through his resurrection, the children of light—that is, the baptized—rise with Him to eternal life and the halls of the heavenly Kingdom are opened to the faithful, it is true in the objective sense, not necessarily in the subjective sense.

But this does not really represent any theological problem, because it is a given that Catholics should always know how to distinguish between objective and subjective realities. In other words, though Christ’s priestly and sacrificial death on the Cross is the price of our redemption—that is, we are objectively saved by Him—it does not follow automatically that we will be saved.

Still, Easter Preface II gets this right, too: for his Death is the ransom from death… Indeed, it is Christ’s death on the Cross that redeems us, not his resurrection. His resurrection is the blessed consequence of Christ’s perfect obedience to the will of his Father.

Redemption and salvation are inseparably related, but they are not identical in meaning. Thus, though his Resurrection certainly has a salvific dimension, it is his Sacrifice which is properly redemptive.

Therefore, the single most important act that can be considered to be properly redemptive is his Sacrifice, precisely the Mysterium Fidei, the Mystery of Faith that we celebrate as a sacrament on the altar, during the Holy Sacrifice of the Mass. So, up to now, Easter Preface II is fine. 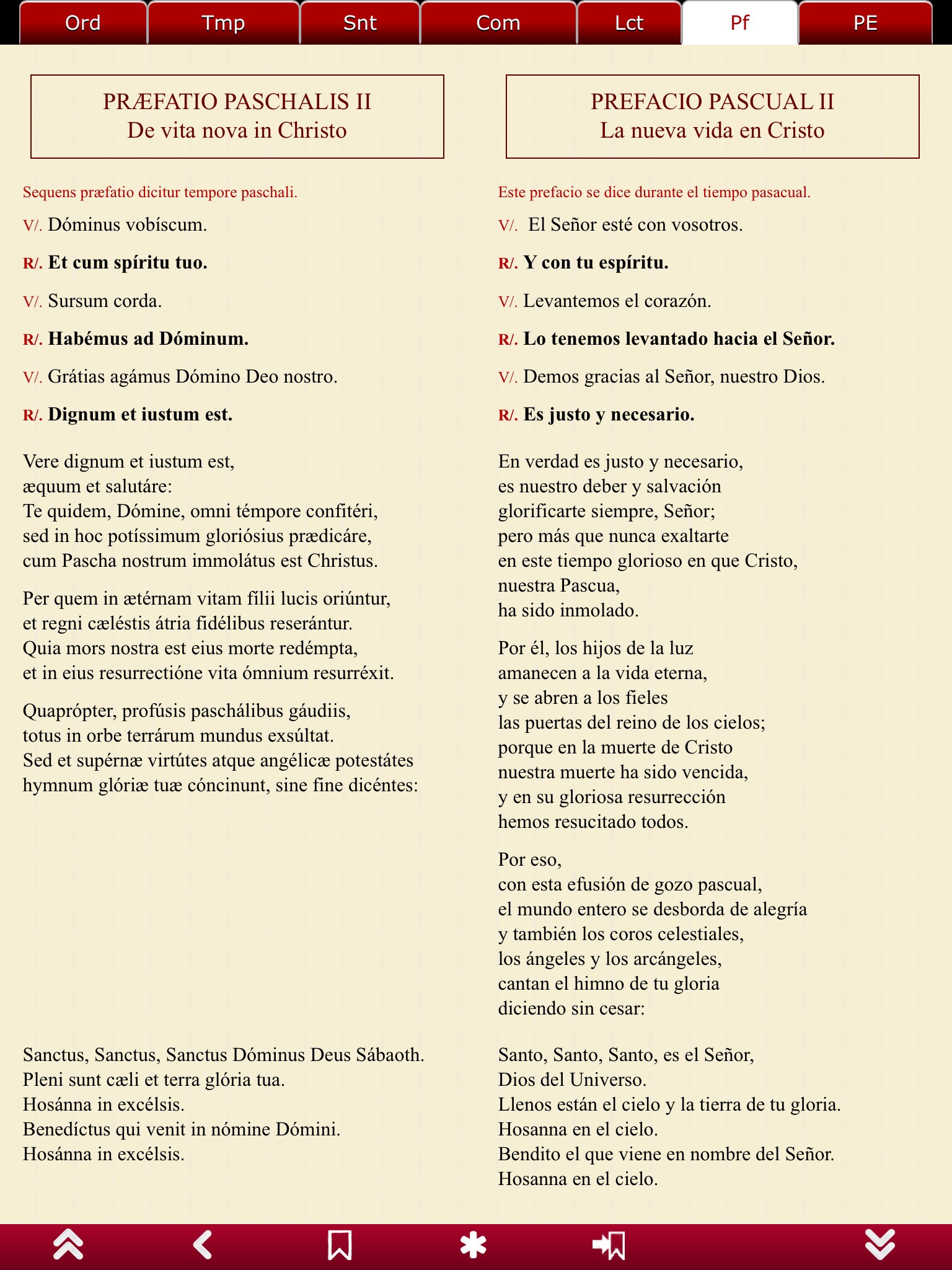 Literally translated from Castilian: for in Christ’s death, our death has been defeated and in his glorious resurrection all of us have risen.

The Latin text is better in this regard, though with the same fundamentally misleading expression: Quia mors nostra est eius morte redémpta, et in eius resurrectióne vita ómnium resurréxit / Who by his death our death is redeemed, and in his resurrection the life of us all has risen.

Given the context of Eastertide, when Christ’s glorious resurrection is being joyously celebrated, this expression strongly gives the impression that everyone is going to rise, indeed that we already have risen… to eternal life, in other words, that all will ultimately be saved, in soul and in body.

Still, this expression cannot really be considered even materially heretical as written, hence how more insidiously misleading it is. It correctly incorporates Pauline theology wherein the Apostle writes (Rom 6: 1-5):

What shall we say, then? shall we continue in sin, that grace may abound? God forbid. {cf. Amoris Lætitia no. 303 outright contradicts this apostolic and dogmatic teaching, but I digress…}

For we that are dead to sin, how shall we live any longer therein? Know you not that all we, who are baptized in Christ Jesus, are baptized in his death? For we are buried together with him by baptism into death; that as Christ is risen from the dead by the glory of the Father, so we also may walk in newness of life. For if we have been planted together in the likeness of his death, we shall be also in the likeness of his resurrection.

The Apostle ad Gentes likewise mentions a renewal, a (spiritual) resurrection of our earthly lives, thanks to the power of the Lord’s resurrection, whereby the baptized, the children of light (as the preface says), rise to eternal life, though the theological implied meaning is only potentially.

But yes, it is part of the Catholic faith, that in the Last Day of Universal Judgement, the resurrection of the body will indeed take place for everyone.

The resurrection of Judgement is eternal death or eternal condemnation, the exact opposite of eternal life.

The Church understands eternal life as living forever in Heaven, in immortal soul upon death and particular judgement, having possibly gone through being purified in Purgatory, and with the sure hope of a resurrected body on the Last Day of Universal Judgement.

The Church understands eternal death, not as annihilation of our beings, not a return to the nothingness of our non-existence from which we were created by God in his image and likeness, but rather “living” forever in Hell, in immortal soul after death and particular judgement, and with the sure despair of a resurrected body on the Last Day of Universal Judgement.

The Catholic Encyclopædia, under the article, Resurecction, General, clearly states: The Fourth Lateran Council {1215} teaches that all men, whether elect or reprobate, “will rise again with their own bodies which they now bear about with them” (cap. “Firmiter”). In the language of the creeds and professions of faith this return to life is called resurrection of the body (resurrectio carnis, resurrectio mortuoram, anastasis ton nekron) for a double reason: first, since the soul cannot die, it cannot be said to return to life; second the heretical contention of Hymeneus and Philitus that the Scriptures denote by resurrection not the return to life of the body, but the rising of the soul from the death of sin to the life of grace, must be excluded.

The great St. Augustine says: No doctrine of the Christian Faith is so vehemently and so obstinately opposed as the doctrine of the resurrection of the flesh” (In Ps. lxxxviii, sermo ii, n. 5).

Thus explained these divinely revealed truths of the Catholic faith, we come to several conclusions regarding the liturgical expression of said truths, as written in the Easter Preface II of the Novus Ordo Missal.

1. Can one give a Catholic interpretation of this liturgical text? Yes, most certainly. But this must be done in order to avoid misconceptions of the faith. One could of course argue that liturgical texts are celebrative and not formal catechesis nor expositions of theology.

True enough. But the liturgy is the ordinary expression of the faith, which necesarily implies a solid theological foundation and can normally be the only formation the faithful have access to.

Still, it would be preferable for liturgical and magisterial texts to be written with a full sensus Catholicus, instead of having to parse them to get the authentic Catholic interpretation out of them…

2. Is this liturgical text heretical, if only in a material sense, as written in Latin and officially translated (at least to English and Castilian)? Well, no, not really, for like I have mentioned before in this article, it incorporates elements of Catholic truths, but omits certain other Catholic truths which are imperative to get the full Catholic perspective.

It also fails to make the proper distinctions of the objective reality of Christ’s redemptive death and salvific resurrection, and the potentiality of its applicability to the faithful.

The problem is not so much what it says, as how it says it, and especially by what it does not say or even imply, while taking into account the liturgical context of Eastertide.

Though not materially heretical in the sense that it does not positively teach error in Catholic doctrine, it can certainly lead to heresy by the truths it omits regarding eschatology.

3. In the final analysis, is this text apt for liturgical use? I would say no for the reasons outlined above.

Alas, dear readers, an astute mixture of truth and error by omission. With more examples throughout the year. Such is the way of things in a liturgy which is no longer centered on the One and Triune God. And what consequences that means for us, poor sinners, exiled children of Eve, in this vale of tears.

When conscience is king