Home
Blog Post
“Mary is Not the Mother of God” 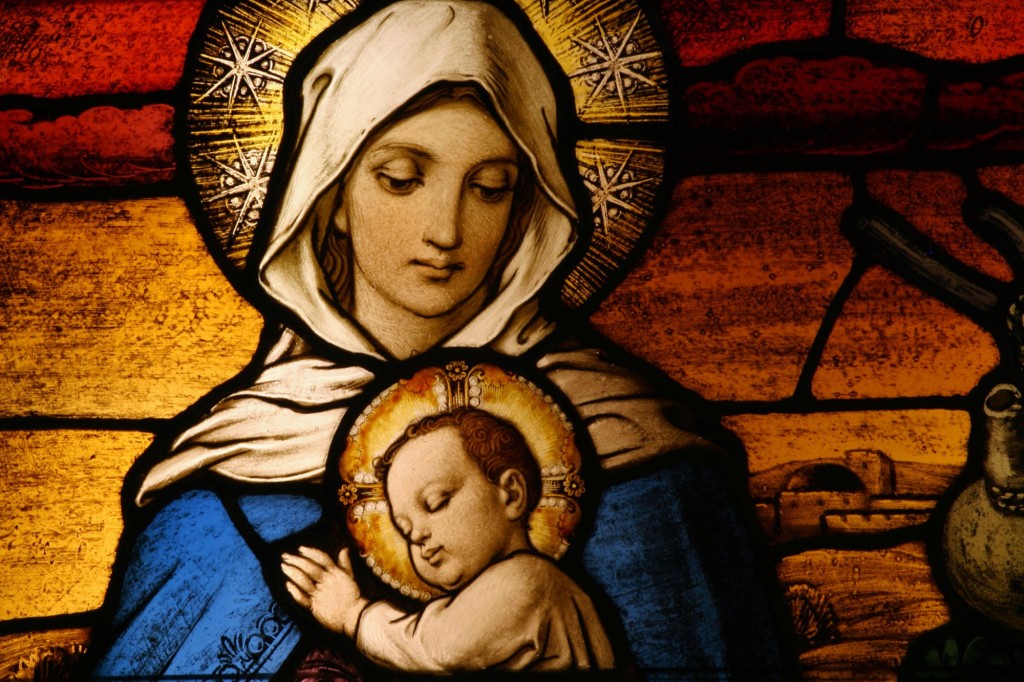 Contemporary Nestorian Heretic Exhorts His Flock: “Mary is Not the Mother of God”

Down under, and I mean “really down under,” in the Australian Diocese of Wollongong in New South Wales, a Roman Catholic priest by the name of Father Rick McCann, pastor of St. Joseph the Worker Church in Oakdale, has resurrected the fifth century Christological heresy known as Nestorianism.

In his parish bulletin for the Fourth Sunday of Advent, “Fr. Rick” offered a new rendition of the Hail Mary which not only disavows the Blessed Virgin Mary as the Mother of God, but also strikes out at two of the cornerstones of Catholic doctrine – the Blessed Trinity and the Incarnation. Father McCann also added a notation defending his heretical views:

HAIL MARY, FULL OF GRACE. THE LORD IS WITH THEE. BLESSED ART THOU

AMONG WOMEN, AND BLESSED IS THE FRUIT OF THY WOMB, JESUS.

HOLY MARY, MOTHER OF MY LORD, BE WITH ME NOW

AND AT THE HOUR OF MY DEATH. AMEN.

NOTE: MARY WAS NOT THE MOTHER OF GOD, THERE IS ONLY ONE GOD, AND

HAVE NO NEED TO PRAY IN HEAVEN, DO NOT ASK MARY TO PRAY FOR YOU,

RATHERTO BE WITH YOU AND PROTECT YOU AT ALL TIMES.

This is not the first time in the history of the Church that these heretical views have been expressed.

On Christmas Day in AD 428, Nestorius, Patriarch of Constantinople, preached that Mary was not the Theotokos (“God-Bearer”), but only the mother of Christ, the human Jesus. Three years later, Nestorius was declared a heretic, deposed and sent into exile. He defended his beliefs till his death in AD 451.

Nestorianism was formally condemned at both the Council of Ephesus in AD 431 and the Council of Chalcedon in AD 451, and has been repeatedly denounced by numerous Church Fathers and saints down through the centuries.

As Saint Cyril of Alexandria, a contemporary of and protagonist against Nestorius, wrote:

The monastic giant, the saintly John Cassian, also a contemporary of Nestorius, wrote:

Now, you heretic, you say (whoever you are who deny that God was born of the Virgin), that Mary, the Mother of our Lord Jesus Christ, cannot be called the Mother of God, but the Mother only of Christ and not of God – for no one, you say gives birth to one older than herself. And concerning this utterly stupid argument… let us prove by divine testimonies both that Christ is God and that Mary is the Mother of God. 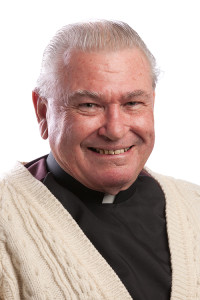 The reader may have noticed that Father McCann removed any reference to sin/sinners in his Modernist version of the Hail Mary.

But Christ did not come into the world to keep man company. He came to save man from his sins.

And who should be more aware of the meaning and effects of sin upon the human race than Mary, the Immaculate Conception, who was granted by God, the singular grace of being free from original sin and its stain, and who stood at the foot of the Cross and witnessed the horrific crucifixion of Jesus, her only son and the Savior of the World?

A Perverted View of Prayer

According to the Modernist notation of McCann, “They have no need to pray in heaven.”

This raises the question – Does McCann even know what prayer is?

Is not the essence of true prayer, the giving of honor and glory to our Triune God? In heaven, there is nothing but prayer – the prayer of the angels and the saints who unceasingly offer praise and thanksgiving to God.

For those of us who are still bound to this earth, we not only join the heavenly choir in giving thanks and praise to our Creator and Redeemer, but we offer prayers as an expression of our sorrowful love in reparation for all our sins against the Sacred Heart of Jesus and the Immaculate Heart of Mary, and as an acknowledgement of our total dependence upon God. Yes, we rightly petition God and Our Lady to grant our needs according to His Holy Will, but this is secondary to the aforementioned reasons Catholics pray. 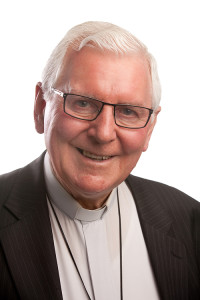 The Bishop of the Roman Catholic Diocese of Wollongong and Fr. McCann’s superior is Peter William Ingham.

I have been told that several distraught orthodox parishioners from St. Joseph’s have repeatedly, and over time, brought Fr. McCann’s heterodox verbal pronouncements to the attention of Bishop Ingham. But it was not until the priest put his ideas in writing in the church bulletin that the bishop was finally forced into public action.

In view of the erroneous statement in the Oaks Parish bulletin on the Fourth Sunday of Advent 2016, it is necessary for me, as your Bishop, to clarify Catholic teaching.

It is of Christian and Catholic faith that Mary is the Mother of God.

This claim caused much theological controversy in the early centuries, and much misunderstanding in more recent times. So, it is necessary to understand it properly. The explanation of Eastern Churches, both Catholic and Orthodox, is clearer because of their choice of terminology: they speak of Mary as the “God-bearer.”

The actual word used in Greek theology is theotokos meaning “God-bearer” and therefore “Mother of God” because the one Mary bears is God the Son. The Church has never said that the Divine nature of Jesus, the Word Made Flesh, received the beginning of his existence from the Holy Virgin Mary (Catechism of the Catholic Church, para 466.)

The title Mother of God had been given to Mary in popular devotion from the second century onwards and it was confirmed by the Council of Ephesus in AD 431 in order to assert the full divinity of her Son. “… Mary truly became the Mother of God by the human conception of the Son of God in her womb…” says the Catechism of the Catholic Church (para 466.) And, of course, in the Gospel scene of the Visitation, Elizabeth greeted Mary as “the mother of my Lord.”

As we naturally ask another person to pray for us, all the more so do we ask the Blessed Mother to “pray for us sinners now and (especially) at the hour of our death.” The Virgin Mary and the Saints are with God so their prayers are powerful.

The reader will note that the name of the offending cleric does not appear in the bishop’s statement. However, Fr. McCann has been removed from the parish. As yet, there is no information as to his future status. To his credit, Bishop Ingham has ordered that his statement be read at all masses on Sunday at the Oaks parish.

One can only hope that Father McCann will repent of his actions and publicly recant his errors and express sincere regret for the offenses he has committed against God, Our Lady, the Church and the Faithful, especially any child or teen he has spiritually harmed.

Always Too Little to Late

Since it is known that Bishop Ingham knew for some time that Fr. McCann was teaching heresy, there are some questions that arise concerning the McCann case.

Did, at any time, Bishop Ingham call Fr. McCann into his office and warn him to cease and desist his heterodox teachings? Did he warn McCann of the dire penalties for failure to do so? Did the bishop defend with conviction and zeal, Mary, Patroness of the Wollongong Diocese, against the Nestorian attack?

Apparently, if he did so, Fr. McCann was not impressed, seeing that he had the gall to put his heretical statements in writing for all to see.

I am happy to see that the soon-to-retire Bishop Ingham, has finally set the doctrinal record straight on Nestorianism and has acted against Fr. McCann. But, I ask myself, why does it always seem that no action is taken by the hierarchy against known clerical heretics until the heretics are denounced by the long suffering Catholic laity and the matter becomes a public scandal?

Why is it always a case of too little too late when it comes to defending the Faith?

Considering the heretical teachings of the current occupant of the Chair of Peter, I think it’s a question that will not soon disappear.

The seductive words of Satan