Home
Blog Post
Logic or popularity: One must be sacrificed 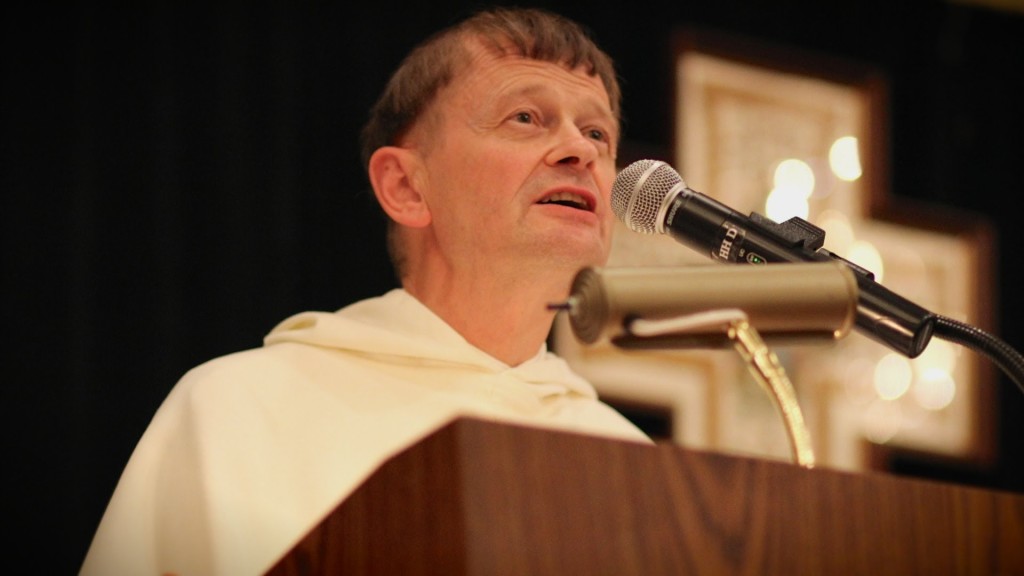 In the May edition of Catholic Family News, Stephen Kokx provides readers with a recap of the conference that took place April 6-8 under the headline:

The part of the report that interests me the most appears under the heading The Pope is still the Pope.

Three speeches at the “Weapons of Our Warfare” conference focused on the Papacy. Church historian Dr. Roberto de Mattei said “true devotion” to the Chair of St. Peter requires Catholics to speak out against “the heresies” being promoted by Pope Francis, who, despite propagating heresy, remains the Pope.

Readers may recall that I commented on Professor Roberto de Mattei’s CFN talk in some detail last month.

Mr. Kokx went on to report:

Canadian Dominican priest Fr. Albert Kallio O.P. echoed de Mattei’s words. “Even if the Pope is a heretic that does not at all mean that by that very fact, ipso facto as we say in English, he would cease being Pope.”

Rejecting the claim that Pope Francis has lost his office, Fr. Kallio said, “Even those who hold that a Pope who is manifestly a heretic loses automatically his office [believe] that the manifestation required before the Pope would lose his office takes place by a declaration declared by the authority of the Church, namely the bishops.”

It seems God is allowing “a sort of eclipse” of the Church for the moment, he concluded.

I have fond memories of conversations with Fr. Albert at various conferences over the years (you know… before I was added to the “no speak” list), and I mean no disrespect in saying that the Lord also seems to be allowing an eclipse of basic logic.

As I wrote with regard Professor de Mattei’s talk, this is one of the real “Francis effects;” in the process of trying to make sense of the Bergoglian occupation, intelligent men are routinely denying reality and uttering all manner of contradictions.

Before we proceed further, let it be said that “manifest” – as in the case of “manifest heresy” – is not some esoteric concept that only doctors of canon law can fully grasp; it simply means that the heresy is publicly known as opposed to being merely private.

Where de Mattei is at stunning odds with objective reality is in claiming that this “has not yet happened.”

As for Fr. Albert, let’s revisit his remarks:

Even those who hold that a Pope who is manifestly a heretic loses automatically his office [believe] that the manifestation required before the Pope would lose his office takes place by a declaration declared by the authority of the Church, namely the bishops.

Here he speaks of a Pope who is manifestly a heretic,  but then seems to suggest that there is yet another level of “manifestation required” before it is of any consequence.

Sorry, Father, but either the heresy is manifest or it isn’t – just as one is either in communion with the Church or not – and manifest heresy always has real consequences.

Fr. Albert seems to believe that manifest heresy isn’t really or perhaps fully manifest (which, again, simply means publicly known as opposed to private) until the bishops declare as much – and this he says must happen “before” a manifestly heretical pope loses his office.

Bearing in mind that Fr. Albert may very well have spoken more clearly in his presentation, the quote offered in the May edition of CFN presents readers (the overwhelming majority of whom were not present at the conference) with a number of very serious problems.

For one thing, no one with any Catholic credibility whatsoever is claiming that Francis’ heresy is merely private, or perhaps known only to “the bishops” (the greater body of which is infested with heresy in its own right anyway) who will one day, God willing, inform the rest of us poor fools who can’t see what is plainly right before our very eyes.

Chris Ferrara, who also spoke at the conference, signed his name to the Filial Correction that details no less than seven publicly known cases of Francis propagating heresy! That, my friends, is called “manifest.”

Professor de Mattei himself even stated unfortunately [Pope Francis] propagates heresy – although, in fairness, he immediately and inexplicably then insisted that it’s not yet manifest! (You can’t make this stuff up, folks.)

Secondly, and perhaps more disturbing, Fr. Albert comes dangerously close to suggesting that the declaration from the bishops is what causes the heretic pope to lose his office; i.e., his words could easily be mistaken by one who knows no better to mean that the bishops in some way judge the pope guilty.

And yet, I am certain that Father would agree that no mere man, nor collection of men, can judge the pope.

Be that as it may, what Fr. Albert very specifically says is that the declaration precedes the loss of office. This is most certainly untrue.

Should one ever come, a formal declaration that a pope has lost his office due to heresy is nothing more than an announcement concerning what has already taken place; i.e., it would come after a pope has already severed himself from the Church and Christ has thus removed the papacy from him.

Now, we can debate precisely when and how Our Lord removes the office from the man, but let us be clear – a manifest heretic is not a member of the Mystical Body of Christ on earth. That man, therefore, cannot be her head, the pope.

This is simple logic, folks, but it is lost entirely in the comments quoted above – or better stated, logic must be sacrificed in order to support the untenable positions cited.

The alternative would be to sacrifice popularity in support of logical observations. I’m not saying that these men have made a conscious decision to choose one over the other, mind you, but those are the choices nonetheless.

Ferrara said the most effective opposition to what has to be seen now as the most wayward Pontificate in the history of the papacy will have to come from the upper hierarchy.” Such an opposition would come in the form of a public statement made by a significant number of Cardinals that would declare Pope Francis is “in error, that he’s attempting a to impose error upon the Church, that his effort to pass off these errors as ‘authentic magisterium’ is a fraud … and that the faithful cannot follow this pope in his errors,” Ferrara said.

First of all, yes, provided we except Divine intervention (and I’m sure Chris would say the same) I agree that the most effective protection of the flock against the Bergoglian wolf will have to entail a public statement (I prefer to say declaration) from at least some portion of the College of Cardinals. That is their duty.

Where I cannot agree with Mr. Ferrara is in the implication that a heretic (like Jorge Bergoglio) can at one and the same time labor to impose error upon the Church as ‘authentic magisterium’ (let’s call it what it really is just like the aforementioned Filial Correction does – not just “error” but heresy) and can still be considered a member of the Church much less the pope.

Mr. Ferrara actually goes one step further, suggesting that even if the cardinals should be compelled to issue a statement warning the faithful to avoid the heretic who is laboring to deceive them, even then he is the pope!

One wonders, do these men believe that there is anything Francis can do – short of declaring himself a Buddhist or a Muslim – that would serve to severe himself from the Holy Catholic Church?

It appears that the answer is no.

Two conclusions can be drawn from all of this.

One, when tradition-minded men are Hell bent and determined to avoid stating the obvious and unpopular truth – namely, that Jorge Mario Bergoglio is by no measure whatsoever a member of the Holy Catholic Church – they will invariably profess all sorts of absurdities and contradictions in the process.

Secondly, the publisher of a traditional Catholic newspaper has a grave duty to avoid printing anything that could lead a sincere reader to embrace error.

In our day, serving as the editor of such a publication is no easy task. It takes both an awareness of what is, and what is not, truly Catholic, but also the backbone to tell popular figures that their words are not suitable for print.

With this and the headline to the article under review in mind, one wonders exactly from what, and to what, has CFN made a come-back?

I pray (and ask you to do the same for me) that I will be given the grace to serve well as editor of The Catholic Inquisitor. Though it remains to be seen just how that will play out, I can promise you this much:

Comments such as those made by the three conference speakers cited above will not find a place in the pages of the Inquisitor, which is precisely why it is so very necessary.