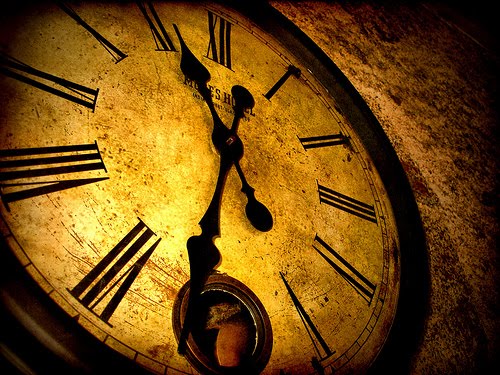 A broken clock is right twice a day, or so the saying goes. While it might hit the mark on rare occasion, in the end, it’s still broken, and the only question that remains is how many people will be misled before it becomes entirely evident to all but the most ignorant that the damn thing is perfectly useless.

Likewise, on very rare occasion, Pope Francis actually manages to sound like a Roman Pontiff who is serious about the business of leading the Holy Catholic Church according to the ways of the Faith that comes to us from the Apostles.

When this happens, so-called “conservative” Catholics like to bank the more orthodox sounding quotes in a virtual Pope Francis Defense Fund; its meager assets to be drawn upon as needed in an effort to refute the pope’s “traditionalist” (aka Catholic) critics.

The most over-drafted of the lot is perhaps the following: “It is not possible to find Jesus outside the Church.”

In a sense, they are correct, Pope Francis is not just a liberal; the Church would be in far better hands if he were. Unfortunately, however, he is something far worse and exponentially more dangerous; he’s a modernist.

The first time I publicly offered this informed opinion about the current Bishop of Rome was back in September of 2013, and I took a fair amount of heat for it. At the time, the pope’s “exclusive interview” with Anthony Spadaro, S.J. had just been published in America Magazine, and as I recall, it was quickly dubbed “The Interview” by many in the media.

Little did we know that Jorge was just getting warmed up.

Today, thanks to the volumes inchoate papal babble that has since entered the public record, few serious Catholics still question whether or not Pope Francis is a modernist; rather, the debate has shifted to whether or not one should acknowledge as much aloud.

As such, when attempting to decipher any given papal utterance, most especially those that intone a ring of orthodoxy, one does well to remain ever mindful of the Bergoglian tendency to “pervert the meaning and force of things and words” after the manner of the modernists who came before him. (cf Pope St. Pius X, Pascendi Dominici Gregis)

In the present case, let no one be fooled; when Pope Francis says “It is not possible to find Jesus outside the Church,” he most certainly doesn’t mean to invoke the dogma of the faith, extra ecclesiam nulla salus.  In fact, he doesn’t even mean to speak of membership in the Holy Catholic Church.

During recent visits to Caserta, in separate addresses to the priests of the diocese and to a local Pentecostal community, Pope Francis made it entirely clear that he doesn’t consider the heretics to be “outside the Church” in any meaningful sense.

As it concerns heresies like denying the Real Presence of Christ in the Most Holy Eucharist, denying the dogmas of the faith concerning the Blessed Virgin Mary, and denying the propitiatory nature of the Holy Sacrifice of the Mass, just to name a few, in the mind of Jorge Bergoglio these are but expressions of diversity; a diversity that he considers nothing less than a gift of the Holy Spirit.

This departure from the dogma of the Faith that recognizes this unity to be a permanent feature of that perfect and visible society that is the Holy Catholic Church makes Jorge Bergoglio a material heretic.

Does this mean that he is a formal heretic? Perhaps he is, but given the indisputable fact that he “perverts the meaning and force of things and words,” there’s no telling what he means by “unity,” and so one cannot be entirely certain.

What we do know for certain is that the pontificate of Pope Francis is not unlike a broken clock; the only question that remains is how many people will be misled before it becomes entirely evident to all but the most ignorant among us that the damn thing is not only perfectly useless, but diabolically dangerous.