Home
Blog Post
Is Francis Catholic? The burden of proof 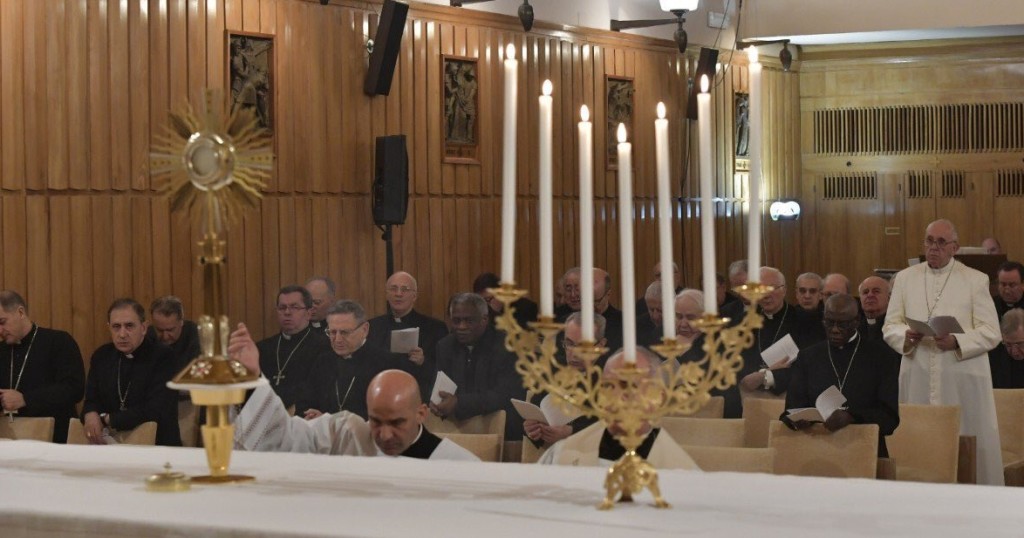 Is Jorge Bergoglio (aka Francis and “the God of Surprises”) Catholic?

Yes, I know, this question has been posed many times by any number of persons. Usually, however, it is glossed over as an exercise in sarcasm or hyperbole; in particular by those who would answer “yes.”

Not only is this a serious question, it is the most important question facing the Catholic Church in our day, and, therefore, humanity as a whole.

While some might argue that the burden of proof is on those who would insist that Francis is not Catholic, they have it exactly backwards; their position being nothing more than a misapplication of the American judicial principle (that only applies when it pleases the government) that one is presumed innocent until proven guilty.

In Catholic thought, however, one is not simply presumed to be a member of the Church until proven otherwise; rather, there are well-established criteria that must be met in order for one to legitimately lay claim to such membership:

Now since its Founder willed this social body of Christ to be visible, the cooperation of all its members must also be externally manifest through their profession of the same faith and their sharing the same sacred rites, through participation in the same Sacrifice, and the practical observance of the same laws. (Pope Pius XII, Mystici Corporis – 69)

NB: The signs that attest to one’s membership in the Church must be externally manifest;  not determined via an examination of things otherwise hidden. In other words, one’s Catholicity is not presumed; rather, it is made evident in an external, observable way.

This isn’t my opinion, it is the criteria established by Holy Mother Church.

[NOTE: As for what defines those who are not  members of the Church, please see the hyperlinked blog post by my friend Dr. Peter Chojnowski.]

In light of the necessity of membership in the Church being made externally manifest (“must be”), it is high time for those who insist that we are required to assume that “Francis is Catholic until…,” often in condescending tones that only serve to reveal their own lack of conviction on this point, to put up or shut up by answering, in detail, the following question:

How specifically is this man’s membership in the Catholic Church made externally manifest in his profession of the Catholic faith, his sharing the same sacred rites and his participation in the same Sacrifice according to the prescriptions set forth by the Church, and his practical observance of the same laws?

Over the past five years, those with even a modicum of sensus Catholicus cannot have failed to recognize the myriad of ways in which Francis has professed (and even attempted to officially promulgate under the guise of “authentic magisterium”) that which denies the Catholic faith; his unwillingness to share in the sacred rites and participate in the same Sacrifice according to the prescriptions set forth by the Church, and his utter failure to uphold the practical observance of the same laws; even going so far as to encourage others to persist in violating those laws.

So, are there any among the “Francis is Catholic until…” crowd willing to put up?

I am especially interested in the response of those with a voice in Catholic media who claim to be defenders of tradition. Don’t all chime in at once, fellas…