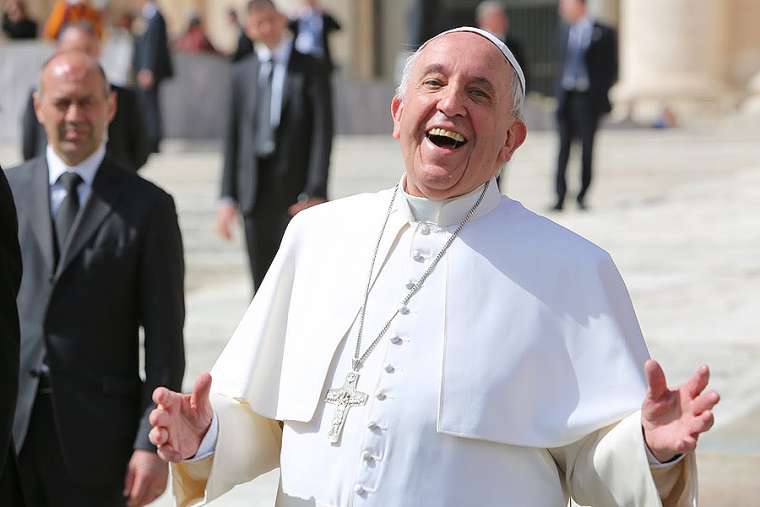 The Collect for this past April 29, the Fourth Sunday after Easter, reads as follows:

These words called to my mind the present situation in the Church wherein the faithful are being held hostage by a man posing as a Catholic, and worse, as the Vicar of Christ!

As the Collect above plainly teaches, in order to be considered one among the faithful, it is necessary to be of “one mind and will.”

With what or with whom?

With the Church that speaks in the name of Our Blessed Lord; making known “all things whatsoever” that He commands and promises. (cf Mt. 28:20)

It is in such unchanging things alone, the Collect tells us, where one may find true joy – that is, the spiritual joy of which St. Thomas Aquinas wrote:

Now charity is love of God, Whose good is unchangeable, since He is His goodness, and from the very fact that He is loved, He is in those who love Him by His most excellent effect, according to 1 John 4:16: “He that abideth in charity, abideth in God, and God in him.” Therefore spiritual joy, which is about God, is caused by charity. (Aquinas, ST II-II. Q28. A1)

Recall once more the words of the Collect:

This is the charity that begets true joy.

With all of this in mind, can it be said that Francis is of “one mind and will” with the Church? In other words, how does true joy compare with Bergoglian joy?

In answer to this question, I could offer literally dozens and dozens of citations taken from his trilogy of Apostolic Exhortations (so-called), each of which proposes to speak of joy – Joy of the Gospels, Joy of Love, Rejoice and be Glad.

I will limit myself, however, to just one; in this case, taken from the most recent document of the three:

Complacency is seductive; it tells us that there is no point in trying to change things, that there is nothing we can do, because this is the way things have always been and yet we always manage to survive. By force of habit we no longer stand up to evil. We “let things be”, or as others have decided they ought to be. Yet let us allow the Lord to rouse us from our torpor, to free us from our inertia. Let us rethink our usual way of doing things; let us open our eyes and ears, and above all our hearts, so as not to be complacent about things as they are, but unsettled by the living and effective word of the risen Lord. (Gaudete et Exsultate – 137)

This paragraph, which describes the way of Bergoglian joy, is the antithesis of last Sunday’s Collect!

You see, for Francis, being “fixed” to the unchanging commands and promises of God “amid the changes of the world” (or what he would call, the “concrete situations” in which one finds oneself) is not the way of true joy; rather, it is mere “complacency” and a nasty “habit” from which we must be freed.

Truly, one could very rightly say, and with no hint of hyperbole, that the entire “so-called pontificate of Francis” (to quote dear Fr. Gruner yet again) is the antithesis of what it means to be “of one mind and will” with the Holy Catholic Church and all that she teaches in the name of Christ (i.e., anti-Catholic, anti-pope).

Readers may recall that I issued a challenge to those with a voice in Catholic media who continue to call Francis “pope” and “Holy Father;” in particular those who claim to be defenders of tradition:

How specifically is this man’s membership in the Holy Catholic Church made externally manifest?

That was more than a month ago…

There have been no takers thus far, but if anyone ponies up I’ll be sure to let you know.