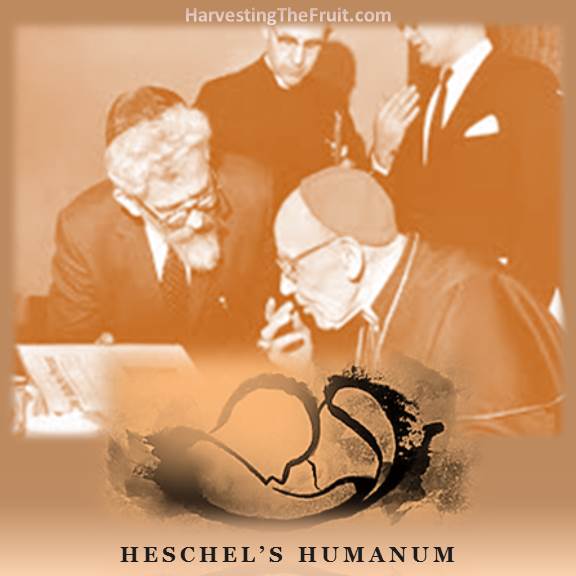 I recently returned home from Portland, OR where I had the great pleasure of speaking at an event commemorating Pope St. Pius X, hosted by Fr. Jonathan Loop, FSSPX, and the parishioners of Our Lady of Fatima Church.

My talk largely focused on the undeniably stark contrast that exists between Pope St. Pius X and Pope Francis, and to illustrate the point we juxtaposed the Apostolic Letter Notre Charge Apostolique of the former with Evangelii Gaudium of the latter.

In so doing, we discovered that the primary point of distinction between these two Roman Pontiffs lies in their disparate views on the duties incumbent upon the Successors of St. Peter, and predictably, therefore, their respective agendas.

In Notre Charge Apostolique, we find Pope St. Pius X warning against the activities of a socio-political movement in France called the Sillon, the errors of which bear a close resemblance, in their essence, to certain currents running through the Church, most notably during the pontificate of Pope Francis.

Among the condemnations issued by the Holy Father that seem to fit the current situation in Rome rather well is the following:

… this limpid and impetuous stream, has been harnessed in its course by the modern enemies of the Church, and is now no more than a miserable affluent of the great movement of apostasy being organized in every country for the establishment of a One-World Church which shall have neither dogmas, nor hierarchy, neither discipline for the mind, nor curb for the passions, and which, under the pretext of freedom and human dignity…

Pope Francis’ well-established disdain for those who “observe certain rules” and have an affinity for “a supposed soundness of doctrine or discipline” (cf Evangelii Gaudium) has been discussed at length, both on these pages and elsewhere.

As for evidence of the desire to build a “One-World Church” wherein all manner of false religions are invited to act in solidarity for the alleged good of society (as was the desire of the Sillonists), one need look no further than the recently concluded, Vatican sponsored, Humanum Colloquium.

Invited to participate in the Colloquium, wherein a “New Affirmation on Marriage” was formulated, was a wide assortment of heathens and heretics representing Islam, Buddhism, Hinduism, and Mormonism, just to name a few of the 14 religions there present.

One can barely imagine how outraged and saddened Pope St. Pius X would have been at the thought of our sacred hierarchs, with the approval of a future pope, lowering themselves to collaborate with the gurus of false religion, and this under the pretense that humankind will benefit from churchmen behaving as if the Holy Catholic Church is but one voice among many relative to the duty to teach the divinely revealed truth about the sacrament of marriage.

Such, however, is the wretched state of affairs in the Rome of today, as the diabolical disorientation of which Our Lady of Fatima forewarned runs rampant through the upper levels of the Church.

Of course, not all would agree with my assessment.

Indeed, there are any number of so-called “conservative” Catholics who would dismiss the allegation that the Humanum Colloquium gives the false impression that the Church is in some way lacking as it concerns the wherewithal to teach and defend the truth about marriage.

For instance, Dr. Helen Alvare, Media Director of the Colloquium, suggested that the interreligious event was essentially ordered toward “surfacing new language” in defense of marriage.

Sounds harmless enough, I suppose; at least until such time as one considers the words of Cardinal Jean-Louis Tauran, President of the Pontifical Council for Interreligious Dialogue, one of the co-sponsors of the event.

In his address to the Colloquium, this Prince of Holy Church saw fit to quote by name the United Nations’ Universal Declaration on Human Rights, saying, “the family represents the true foundations of society.”

There can be little doubt that this manner of speaking rings musical for the santo subito crowd; after all, the Council itself saw fit to label marriage “the foundation of society.”

Pope St. Pius X – the last Roman Pontiff to be formally sainted before the Post-Conciliar Lifetime Achievement Award unceremoniously replaced what used to be known as canonization – would likely argue, however, that Jesus Christ is the true foundation of society; the same Jesus Christ who commissioned His Mystical Body and Bride, the Catholic Church, to teach the truth about marriage (and everything else He commanded) in His name.

The City cannot be built otherwise than as God has built it; society cannot be setup unless the Church lays the foundations and supervises the work … it is Christian civilization, it is the Catholic City. (Notre Charge Apostolique)

While claiming recourse to the humanist U.N., as if it were an authoritative source, was just a hint that Cardinal Tauran imagines that the Catholic Church is inadequately equipped to treat of the topic at hand, he eventually went on to remove all doubt as he plainly declared, “Even in the field of marriage and family, no one religion is an island!”

Cardinal Tauran would have done just as well to serenade the assembly with a heartfelt rendition of that sappy 1990’s love song, I need you now, more than words can say, I need you now…

As for the expression, “no religion is an island,” Cardinal Tauran wasn’t just waxing poetic, no indeed; he was actually tipping his zucchetto to Rabbi Abraham Heschel, the late influential Council “observer” whose essay by that same name is revered as “holy writ” by the most fervent of ecumenists.

In truth, the very notion of a Humanum Colloquium finds its inspiration in the aforementioned “Gospel according to Heschel,” the passages of which are littered with all manner of affronts that are aimed directly at the Holy Catholic Church.  For example:

Our era marks the end of self-reliance … There was a time when you could not pry out of a Boston man that the Boston State House is not the hub of the solar system or that one’s own denomination has not the monopoly of the holy spirit. [NOTE: This is clearly a reference to Catholics.] Today we know that even the solar system is not the hub of the universe. The religions of the world are no more self-sufficient, no more independent, no more isolated than individuals or nations. No religion is an island … We must choose between interfaith and inter-nihilism.  [No religion is an island: Abraham Joshua Heschel and interreligious dialogue, Orbis Books, Maryknoll, 1991, pgs. 5-6]

And what has the Humanum Colloquium to show for its sellout to Heschel’s anti-Catholic manifesto?

Six sentimental, multilingual videos, the most “viral” of which has been viewed by its global target audience a whopping 31,296 times as of this writing.

Dr. Alvare, for her part, called the videos an “unmitigated success.”

Oh, and then there’s the Colloquium’s crown jewel, “A New Affirmation on Marriage,” which is little more than a saccharine ode to humanity wherein Almighty God, He who established marriage, merited exactly no mention whatsoever.

The bottom line in all of this is at once simple and tragic:

The preponderance of our sacred hierarchs, under the headship of Pope Francis, no longer believe that the Holy Catholic Church is that “perfect society, founded by Christ, with the task committed to her by God of teaching, ruling, and guiding mankind to eternal bliss.” (cf Pope Pius XI, Quas Primas)

Likewise, they no longer believe that this “perfect society, far excelling every other, is enjoined by her Founder that for the salvation of mankind she is to contend ‘as an army drawn up in battle array.’” (cf Pope Leo XIII, Sapientiae Christianae)

As such, they seek only to build a One-World Church, the church-of-man, in conjunction with those who, like themselves, believe neither the truth about Jesus Christ nor the one true Church that He established.

Taking Francis At His Word

Vatican reining-in Francis? Not a chance