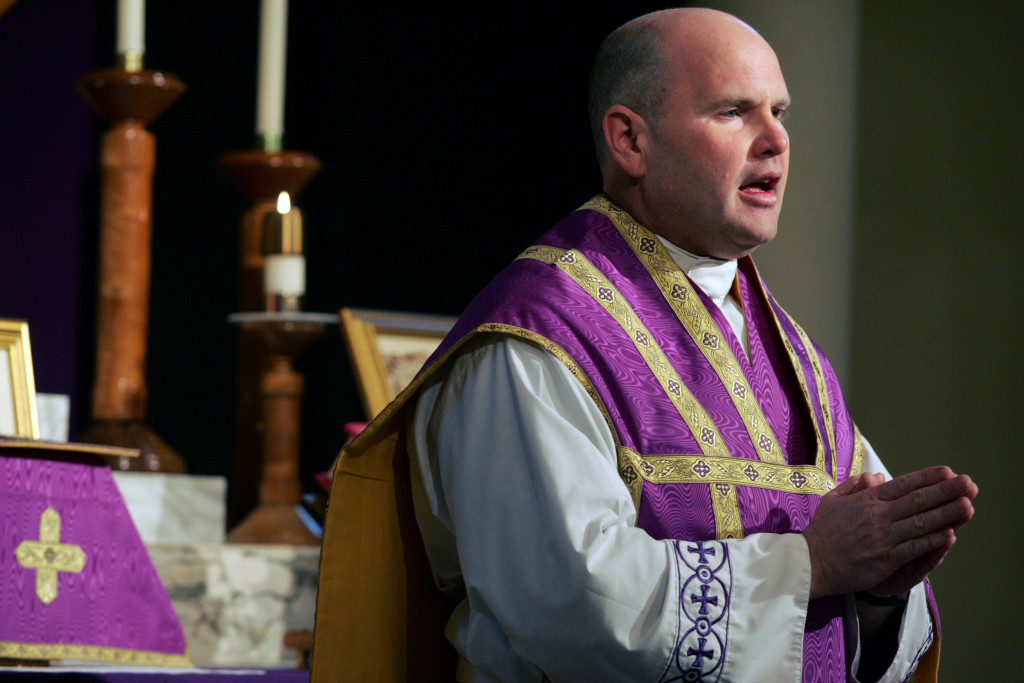 Less than two years into the new millennium, Moslem terrorists attacked the United States on 9/11, murdering thousands of Americans and sending hundreds of thousands of military troops to wars that would last for years. Among those deployed was a Catholic military chaplain from Minnesota, who was called to active duty from the classroom; this priest was also the Scripture Expert for the Eternal Word Television Network (EWTN) website.

Little did I realize at the time that there would be an ecclesiastical war awaiting me back home upon my return! Continuing my online work for EWTN late nights from a canvas tent in a deployed desert location, in temperatures that were 100 degrees hotter than back home in Minnesota, I had the following Q&A website exchange in my capacity as the EWTN Scripture Expert:

Father Echert, just WHAT is going on in the Church? In the recently released announcement of our bishops they say that we can’t try to convert Jews to the Catholic Faith because of the Old Covenant and that Vatican II mandated this. Really! Well what if a Catholic said, “Hey forget Catholicism, I want to be Jewish!” Does it REALLY matter to be Catholic? If the likes of our bishops and Cardinal Kasper are correct then it really doesn’t. Have we lost our minds?

From what I have read of the document, parts of it strike me as contrary to divine revelation and I predict that it will not be approved by the Vatican, or perhaps the bishops themselves. As I understand it, this draft was put together by a committee, and it does not have approval by the body of bishops. It is an embarrassment, lacks any teaching authority, and serves to reveal the thinking of some people who hold powerful positions in the national conference. If a document such as this gains approval, as it currently stands, I will seriously consider the prospect that we are moving into one of the signs of the end times, namely, apostasy.

While not intending it, my EWTN response took on a life of its own and it was quoted in the New York Times and America Magazine among others and in diocesan papers nationwide. It even appeared in the Remnant.

That response also cost me my tenured position at our seminary and Catholic university. When I returned from the desert and was released from active duty, I was not allowed back into the classroom. I was falsely accused of being “anti-Semitic” by a bishop and a rabbi but I refused to retract my statement. In the end the controversial document Reflections on Covenant and Mission was dumped, as was I. But divine providence rescued me to become pastor of churches at which we offer Tridentine Masses daily.

I stand by my statement to this day and if anything I am now even more convinced by the signs that we are approaching the end times—whether of the entire world or western civilization is your guess.

I write this because while Covenant and Mission was never approved by the U.S. bishops—as I had predicted—a document eerily similar in tone and content has just now been released by the Vatican itself, titled The Gifts of God are Irrevocable. This 10,000 word statement commemorates the 50th anniversary of Nostra Aetate, a Second Vatican Council document on the Relation of the Church with Non-Christian Religions.

As Louie Verrecchio correctly noted in his excellent recent article on this very topic, some dozen years ago I could not have imagined that the Vatican itself would ever approve a document of this sort. After all, at the time my statement was cited and supported by no less prominent individuals than William Buckley of The New York Times and priest theologian Cardinal Avery Dulles in America Magazine. It makes one wonder now even more than when originally asked, “Just WHAT is going on in the Church?”

I do not intend here to make a detailed examination of this most recent Vatican statement that is strikingly similar to the former USCCB document so I will limit myself to one observation; namely, like the once defunct document of a dozen years ago—though now resurrected on the USCCB website– it too fails to acknowledge the fundamental truth that the Old Covenant is no longer salvific for anyone, including modern day Jews. It follows, then, that Jews are as much in need of Christ and the Church as anyone else for salvation and we should, therefore, continue to evangelize the Jews for their own supernatural good.

Much is made in the title and the body of this document regarding a Pauline statement that “the gifts of God are irrevocable” to suggest that the Old Covenant remains salvific for modern day Jews. This is simply not the case, as is taught by Sacred Scripture and Sacred Tradition. The Apostle himself, in his Epistle to the Hebrews, says of the Old Covenant: “Now in saying a new [covenant], he hath made the former [covenant] old. And that which decayeth and growtheth old is near its end.” It is true that for the sake of the Patriarchs God has not abandoned Jews but they too need Christ and the Church to be saved.

As for taking a neutral or hands off approach to evangelizing Jews, this is simply incompatible with the divine mandate of Christ who commanded: “Go ye into the whole world and preach the Gospel to every creature. He that believeth and is baptized shall be saved, but he that believeth not, shall be condemned.” So as with Covenant and Mission so too for Irrevocable Gifts, I give them both a double-thumbs down.

But even beyond the obvious biblical and theological failures of Irrevocable Gifts, as Louie so clearly pointed out in his article, what this latest heterodox Vatican statement reveals is that the basis for the heterodoxy of this statement is not a post-conciliar hijacking of an otherwise sound council of the Church; rather, this statement was issued to honor the anniversary of a Vatican II document and bases itself in that Council. Of this fact there can really be no doubt, as stated explicitly in the preface of Irrevocable Gifts:

Fifty years ago, the declaration “Nostra aetate” of the Second Vatican Council was promulgated. Its fourth article presents the relationship between the Catholic Church and the Jewish people in a new theological framework. The following reflections aim at looking back with gratitude on all that has been achieved over the last decades in the Jewish–Catholic relationship, providing at the same time a new stimulus for the future. Stressing once again the unique status of this relationship within the wider ambit of interreligious dialogue, theological questions are further discussed, such as the relevance of revelation, the relationship between the Old and the New Covenant, the relationship between the universality of salvation in Jesus Christ and the affirmation that the covenant of God with Israel has never been revoked, and the Church’s mandate to evangelize in relation to Judaism. This document presents Catholic reflections on these questions, placing them in a theological context, in order that their significance may be deepened for members of both faith traditions.

For fifty years countless innocent, trusting Catholics have been led to believe that many or most of post-conciliar innovations were just that: after the Council and unintended by the Second Vatican Council. Under the present pontificate especially, however, it has become increasingly evident that it was the Council itself that was innovative and that the innovations of the past fifty years are the novel fruit of the Council and not merely unintended by-products. Remember, “By their fruits you shall know them!” So while this statement does modern Jews a grave disservice at least it may open more eyes about Vatican II.

But if truth be told, since charity begins at home, I am concerned more about the effect of this statement upon the Catholic faithful than upon those who do not believe in Christ or the Church. For this statement is yet one more means by which the faithful—and others—are misled into the heretical hope that there is salvation apart from Christ and outside of the one true Church.

Again, it is not the purpose of this brief guest reflection to elaborate upon the timeless teaching of Sacred Scripture and Sacred Tradition in this matter but only to point out the probable outcome of such thinking. Suffice it to say that Irrevocable Gifts provides many with a choice: to continue down the Vatican II path of heterodoxy or to walk with eyes wide open. A dozen years ago my eyes were partially opened by Covenant and Mission; weeks ago the scales finally fell from my eyes, occasioned by Irrevocable Gifts.

Thank you Lord, for the gift of sight! And thank you, Louie, for the diligent work you do exposing the true nature of the fruits of the Council!