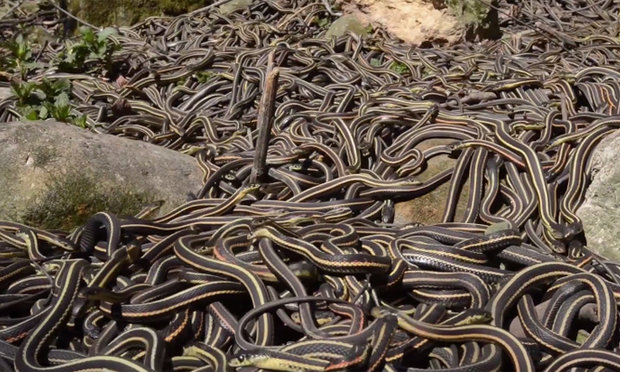 In light of Fr. Lombardi’s recent clarification that Pope Francis was indeed speaking about “the possibility of taking recourse to contraception or condoms” with respect to the Zika virus, many are now wondering how the papal excuse-makers will spin this latest of his attacks against the Catholic faith.

What have we seen thus far?

One will have noticed that among the first lines of defense that has been offered includes a considerable effort to convince the faithful that the Church has always approved of contraception use as a means of “self-defense,” such as when there is reasonable fear of an impending rape at some point in the future.

This notion was floated, as you know, specifically with regard to Paul VI and his alleged handling of a case involving certain African nuns in the 1960’s.

Odd, is it not, that the papal defenders would find it necessary to give so much attention to this part of the pope’s comments, when indeed it has little bearing on the question he was answering about the Zika virus?

No, it’s not odd at all really, but we’ll return to that momentarily.

Catholic News Agency went so far as to quote a Catholic University professor as saying that contraception as self-defense is “not really an exception if you understand the rule.”

Strange – most well-formed Catholics that I know have never heard of this supposed “rule” until now.

In any case, even if such a “rule” has always existed, in spite of the fact that it utterly defies reason to imagine such a thing, it would have no bearing whatsoever on spouses seeking to avoid potential birth anomalies due to the Zika virus. Even CNA’s “expert” stated as much.

Those who are intent on glossing over this latest scandal are not discouraged from at least trying to make a connection, however.

In response to Father Lombardi’s words, Father Gahl said that if the Vatican spokesman’s words are to be considered as coming from the Pope, then Francis is considering “extreme scenarios” in which, for instance, a woman is threatened by a violent, Zika-infected husband to have sexual intercourse with her.

Let’s think about this for a moment, shall we…

Fr. Lombardi, who no doubt consulted with the pope directly before offering his clarifications to the media, made no such distinction. Clearly, had such highly limited circumstances actually been on the pope’s mind as he spoke, his spokesman would have informed us.

Fr. Lombardi did, however, make specific mention of the fact that Francis was referring not only to “oral contraception,” but also to “condoms.”

Does this mean that Fr. Gahl really expects us to imagine that a “violent, Zika-infected husband” turned rapist is going strap on a prophylactic prior to sexually assaulting his wife?

These people are shameless and not to be taken seriously.

If that’s not preposterous enough, the utterly laughable explanation given by Fr. Gahl – who makes no claim of direct contact with the pope in the matter – could easily be construed to mean that Francis was encouraging women to endure rape rather than flee from a “violent, Zika-infected husband.”

The feminists could have a field day with this one! The fact of the matter is, however, it’s not true. Francis was referring to no such thing and Fr. Gahl damned well knows it.

At this, let us turn our attention to the million dollar question that no one seems to be asking:

Why is it so very important for the enemies of Our Lord to make us believe, ludicrous though the notion truly is, that an ironclad “rule” has always existed in the Church with respect to contraception and rape, when clearly this isn’t related in the least to the Zika question?

Answer: Because Francis made a big mistake, and not just in contradicting Catholic doctrine – this he has done many times in the past. What he did the other day is something we’ve never seen before:

He betrayed the conciliar cause in a way that is tantamount to a military leader revealing classified information to the enemy.

While flying the friendly skies, Francis cracked the door just enough to give the otherwise duped an unprecedented glimpse into a Vatican gone astray; running the risk of exposing the entire post-conciliar charade for what it truly is, thereby putting his accomplices among the Captains of newchurch in a very difficult position.

You see, while so-called “traditionalists” (aka Catholics) have long since recognized that the rush to canonize all of the post-conciliar popes is truly nothing more than a calculated attempt to give the appearance of Catholicity to the Second Vatican Council and its various departures from tradition, as if it bears little responsibility for the deterioration of the Church’s visible structures that followed, the neo-conservative “Santo Subito” crowd (which includes any number of genuinely naïve and ill-formed bishops and priests) have simply gone along with the program.

As it concerns the cause of Paul VI, however, many of them have admitted to feeling a bit uneasy, on which note – and this is very important:

Rather than confront the bitter reality of the pending canonization of a uniquely terrible pope, most have chosen to take refuge in the idea that Montini “earned” his place among the canonized by virtue of his “heroic” defense of the truth concerning contraception.

Until now, this approach has sufficed to placate such persons in their avoidance of the obvious, but thanks to Francis’ big mistake, those days may very well be numbered.

This is a far bigger problem for the revolutionaries in Rome than one might immediately realize.

I have little doubt (and neither should you) that the elevation of Paul VI to the ranks of the canonized has been a strategic goal of revolutionaries from the very moment he saddled the Church with the Novus Ordo Missae.

Insofar as the post-conciliar canonization sweepstakes are concerned, this has always been the Grand Prize; the one truly ordered toward placing the new Mass above all scrutiny even as it masterfully leads souls astray without their even knowing it.

The carefully laid plan was going oh so well until Francis blurted out a closely guarded secret the other day. (I will explain what that secret is in just a moment, as if it’s not already obvious).

With patience and forethought the Masonic masterminds of the takeover of Rome strategized to beatify John XXIII and Pius IX together on the same day, in the hope that doing so would provide the illusion of “continuity” between the pope of the Council and the pope of the Syllabus, at least in the minds of the under-nourished.

It worked so well in fact that “continuity” would later become the centerpiece of an entire pontificate, and even go on to serve as the mantra of the misled even after his departure.

When the time arrived to raise John Paul II to the altars, he was so popular that no such shenanigans as paying tribute to the dinosaurs of the pre-conciliar age would be necessary.

From there, his canonization raised the eyebrows of but a relative few; namely, Neo-Pelagians like us.

One can easily imagine that Benedict XVI, the conflicted liturgist, may very well have harbored some apprehension with respect to taking the next step; namely, that of beatifying Montini – the man who oversaw the destruction of the Roman rite. That, however, is just speculation.

What we do know is that the beatification of Paul VI was accomplished at the hands of Pope Francis with pushback largely confined to the “traditionalist” fringe.

On this note, one does well to recall how the beatification was spun in the months leading up to the event:

The lid that effectively covered the ecclesial and liturgical disasters that came to define the Montini pontificate was constructed of just one thing – his stance on birth control, and so it was that the skids were greased and the stage was set for his canonization at long last.

That is, until the other day.

You see, Francis let a roaring lion out of the bag when he said, “Paul VI – the great! – in a difficult situation in Africa, permitted nuns to use contraceptives in cases of violence.” [A more accurate rendering of the Italian text.]

Rest assured, my friends, this was not just some bumbling old man letting on that he believes a silly rumor.

No, this was the man who occupies the highest office in Rome making it known that he and those who likewise hold positions of authority in the Vatican – including in the Congregation for the Causes of Saints – are convinced beyond any doubt that Paul VI really did approve of oral contraception for nuns who felt threatened with rape.

It is every bit as likely that they have rock solid, irrefutable proof that this is the case.

The reason we haven’t heard a peep about this debacle for several decades is because it was, until the other day, a closely guarded secret.

And why so guarded?

Because its revelation would threaten to throw a gigantic monkey wrench into the cause of Paul VI, at the very least from a public relations standpoint, and more importantly, it might threaten to disrupt the plan of enshrining among the Communion of Saints the bastard rite that he foist upon the children of the Church.

Oh, well… you know what they say about the best laid plans.

Francis – the pope who simply cannot resist the allure of a live microphone – spilled the beans, and in so doing he gave millions of otherwise mind-numb Catholics a very good reason to rethink the true motives behind the “canonizations” of John Paul II, John XXIII, and any number of lower profile individuals.

It also gives Catholics the world over every reason to ask:

What else are they hiding and why? Are they also sitting on proof of Montini’s alleged homosexuality? If they’ve been hiding this for so long, why should I trust that they’re not still hiding parts of the Third Secret of Fatima? Could it be that glorifying at all costs the Council, the new Mass, and the new ecumenical church, etc. really does lie at the heart of these matters and others?

To say that Francis opened a can of worms … no, make that a pit full of serpents, is an understatement.

At present, the best they can do is pretend that it has always been the case that the Church considers contraception morally permissible in anticipation of a violent act that has yet to occur and may never occur.

The very idea is entirely ludicrous to be sure, but that’s all they got, folks.

Keep a close eye on just how vigorously this ridiculous proposition is put forth over the next few days and weeks – on the one hand by ignorant pawns, on the other, by those directly involved in the deception.

In either case, now you know why.

Does Vatican II qualify for an imprimatur?