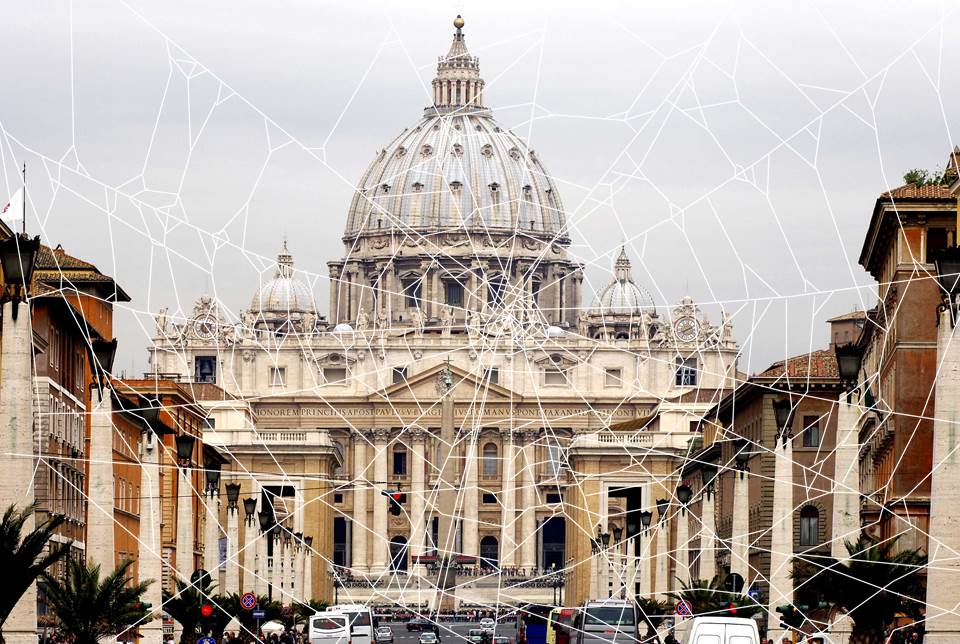 The contraception controversy ignited by Pope Francis during his most recent in-flight press conference is sending shock waves throughout the entire world.

For the papal defenders, it’s a no win situation and the reason is simple; what the pope said is indefensible.

Now, any number of well-meaning individuals who want nothing more than to make sense of the entire affair are embracing illogical claims and abandoning reason; all in a sincere attempt to extricate themselves from the web of deceit spun by dishonest brokers in Rome who have abandoned the truth.

Let’s see if we can untangle this mess, beginning with Francis’ claim that Paul VI approved of contraception use for African nuns who felt threatened with violence:

The first attempt at damage control, as in the case of Catholic News Agency (which has a reputation for going the extra mile in doing whatever it takes to disguise Francis’ improprieties) included unquestioned acceptance that the old rumor about Paul VI is true, saying:

The case in question took place in the early 1960s, when the Vatican granted a dispensation to religious sisters living in the Belgian Congo who were in grave danger of rape due to civil unrest to use oral contraceptives.

No matter, according to CNA and their “expert” witness, Dr. Melissa Moschella, a professor at Catholic University, contraception used in self-defense has always been considered morally licit:

Moschella also explained that in the Africa case referenced by Pope Francis, the dispensation for the nuns was ‘not really an exception if you understand the rule.’

Peters wrote on his blog:

…such measures were taken in self-defense against criminal acts and, more importantly, would have occurred outside the context of conjugal relations. Avoiding pregnancy under outlaw circumstances is not only ‘not an absolute evil’, it’s not an evil act at all.

We’ll return to this argument later.

As I write, the latest wave of denial to crash on the shores of common sense was provided by Fr. Z who published a post under the title, It’s not an urban legend, it’s a LIE: Paul VI did NOT give permission to nuns to use contraceptives.

That’s a strong word, indeed, but he went on to soften the claim by saying that “high ranking churchmen” (and that includes the pope, of course) are simply “passing on something that isn’t true but that they think is true.”

Almost immediately, this has become the in-vogue way to move forward, with similar claims now being made by numerous others, oftentimes while citing the contents of Fr. Z’s post.

For example, Ed Peters, who initially said, “Pope Paul VI, as I understand it, did approve of religious women threatened by rape using contraceptives” [emphasis his] retracted his statement, saying (whilst linking to Fr. Z’s post):

It now seems all but certain that the ‘permission’ or ‘approval’ which Francis has claimed his predecessor Pope Paul VI gave for Congo nuns facing rape to use contraception simply does not exist. [emphasis his]

So, what has led to this newfound rock solid assurance that the Paul VI story cannot possibly be true?

Fr. Z quoted the research of a person identified only as “the Great Roman” indicating that the earliest reference to contraception for nuns in the Congo that he can find is an article that dates back to 1961, wherein three priest / moralists examined the possibility of such an allowance.

Notice, the more you go back in time, the more “Paul VI” becomes, more vaguely, “Rome”. Dig deep enough and you will find that “Rome” turns out to be just an article [just mentioned] published, you guessed it, in Rome…

So, the theory is that this article, which predates the Montini pontificate by some two years, is the source of the rumor, with the progression being “three priests in Rome said / Rome said / Paul VI said.”

According to Fr. Z’s researcher, “You can search any archive, google any keyword, ask any historian or moralist,” and you will discover “no supporting references” that would implicate Paul VI.

That’s it. These are the solitary reasons otherwise intelligent people are utterly convinced that the Paul VI story is a complete and total fabrication.

Now, I don’t know for certain whether or not the story is true, but what I do know is that the theory floated on Fr. Z’s blog defies common sense.

How does the fact that three priests wrote an article debating so-called “self-defense contraception” for nuns in 1961 in any way shape or form suggest that Paul VI didn’t approve of the idea two years later?

The existence of the article proves no such thing. All it proves is that this was a matter of controversy even before Montini became pope; it says exactly nothing about how he may have ruled, or not, in the matter in 1963.

More importantly, since this clearly was already understood to be a controversial subject as far back as 1961, why would anyone in their right mind expect a google keyword search to yield “supporting references”?

“The Great Roman” writes as if the Vatican is an open book that operates under some sort of freedom of information mandate.

What on earth did he expect his google search to yield – a 1963 L’Osservatore Romano article with direct quotes from the pope’s closest advisors? A facsimile of internal handwritten notes? A formal memo on papal letterhead?

Of course there’s no supporting evidence to be found!

If, in fact, Paul VI did in some way or another approve of contraception for these nuns in 1963 – the same year he expanded the mandate of the Pontifical Commission on Birth Control to answer the so-called “contraception question” – it most certainly would have been held as a closely guarded secret.

It is not at all unlikely that this secret, in time, may have been leaked by unnamed persons close to the situation.

More noteworthy still, in order to believe that the Paul VI story is a wholesale lie, one must also believe that Pope Francis just doesn’t know any better.

The very suggestion is patently ridiculous.

Francis is the pope who beatified Paul VI. He has complete access to every shred of evidence contained in the Congregation for the Causes of Saints’ dossier on Montini.

Does anyone believe for even a moment that the long running “rumor” of his involvement in the Congo nuns situation isn’t addressed therein?

The bottom line is this: When it comes to the relative accuracy of the “rumor,” Francis is among the most well-informed persons on the face of the earth; certainly he knows more about this than the rest of us.

So, when he plainly speaks as if it actually happened, it makes a whole lot more sense to believe him than to believe that he’s mistaken; in fact, the latter proposition is just unreasonable.

That leaves us to debate the idea of contraception as self-defense, which if plausible, would render the Paul VI story irrelevant, at least insofar as his reputation is concerned (setting aside all of the other blemishes on his record.)

To me, and thankfully many others, the very notion of contraception being used in self-defense is laughable.

“Self-defense” is a reaction that presupposes a preceding offense. It is ludicrous to imagine that contraception is reasonably considered self-defense with respect to an offense that hasn’t yet, and indeed may never, occur.

Oh, but the likelihood was great, and the fear was rather well justified!

By this reasoning, a man walking through a high crime neighborhood late at night would have a moral right to blast with pepper spray every shady looking character that comes within 10 feet.

All of this having been said, none of these things have any bearing on what Francis said with respect to the Zika virus and the use of contraception.

That does not mean, however, that it isn’t a gravely important matter just the same.

As I wrote in the previous post, more is at stake in this conversation than simply the legacy of Paul VI and the reliability of Pope Francis; these matters are no longer in question for those who enjoy even a modicum of Catholic sense.

In truth, it is the reputation of post-conciliar Rome itself that is on the line in this situation.

Be that as it may, in time, concern over the Paul VI controversy will eventually fade and attention will come to rest more squarely on Francis and his stunningly dangerous comments concerning “contraception and condom” use as a means of avoiding the birth of undesirable children – God help us!

It’s going to be very interesting to see how today’s crop of supposed pro-life heroes, in particular those in the episcopate, choose to respond going forward.

Timothy Dolan: “Truly, I do not know the man!”