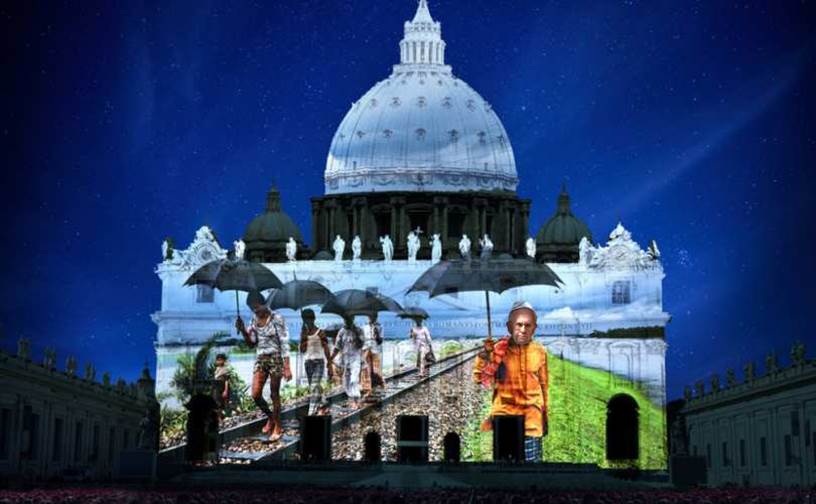 Apparently, the laser light show desecration of St. Peters earlier this month was just the beginning as plans are underway to host a similar event on “Earth Day” (April 22, 2016). This next one, however, will be a lower budget, in-house production created by members of the Bergoglian Green Team.

A friend in the Roman Curia (who wishes to remain anonymous, for obvious reasons) sent the following video clip taken from a recent closed-door rehearsal. I have to admit that it’s not as bad as I expected, but they obviously still have some work to do.