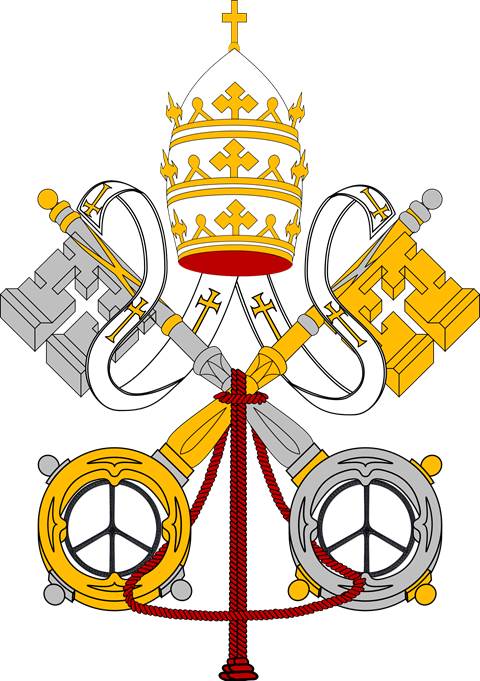 I’m sure you’ve heard the old Henny Youngman joke, or one close to it:

A guy goes to see his doctor and says, “Hey, Doc, it hurts like heck when I do this.”

And the doctor says, “Don’t do that.”

That may be a stupid joke, but it’s an insightful commentary on the human condition as we often do the very things that irritate us the most.

For instance, I am genuinely sick and tired of reading verbose, earthbound, quasi-political essays from the pope on the “desire for peace.” These missives disturb me to my very core, and yet, I read them anyway.

Case in point, please allow me to offer some excerpts from just such a papal message that, foolishly, I read as I drank my morning coffee:

It is alarming to see hotbeds of tension and conflict caused by growing instances of inequality between rich and poor, by the prevalence of a selfish and individualistic mindset which also finds expression in an unregulated financial capitalism. In addition to the varied forms of terrorism and international crime, peace is also endangered by those forms of fundamentalism and fanaticism which distort the true nature of religion, which is called to foster fellowship and reconciliation among people.

In just these two sentences there’s much to cause a so-called “traditionalist” (aka Catholic) a considerable amount of agita.

For one, the ludicrous notion that all religions are of the same peaceful nature, when clearly they are not (e.g., Islam).

Further disturbing is the implication that those who foment discord in the name of their religion are “fanatics” as opposed to faithful adherents to a false creed. (We’ll return to the topic of religion momentarily.)

And please, haven’t we heard just about enough concerning the “inequality between rich and poor”?

The Church wasn’t commissioned to eliminate economic disparity. In fact, as I recall, He who gave the Apostles their mission once said, “You will always have the poor with you.”

Writing in his magnificent letter to the French bishops with respect to the errors of the Sillonists, Notre Charge Apostolique, Pope St. Pius X condemned their desire to “level-down” the differences between men and the conditions in which they live; reminding us that a certain disparity between our stations in life is part of God’s plan.

In so doing, the Holy Father Pius X went on to quote his predecessor, Pope Leo XIII, who cautioned that we must “preserve the diversity of classes which is assuredly the attribute of a soundly constituted State.”

Today, our churchmen, and this pope in particular, may pay lip service to a desire for a “soundly constituted State,” but he would never dare to exhort the State to acknowledge its duties relative to the Sovereign Rights of Christ the King.

Rather, the pope’s message goes on to lament:

One of the social rights and duties most under threat today is the right to work.

Oh yes, one of the greatest problems facing the world today is unemployed youth. I forgot.

In any case, the Bishop of Rome continues, as if to convince himself as much as anyone else:

Peace is not a dream or something utopian; it is possible.

On this point, I would have to agree, but only if the pope were to claim recourse to the promises made by Our Lady at Fatima. Instead he pulls from the “wisdom” of Pope John XXIII, saying:

The attainment of peace depends above all on recognizing that we are, in God, one human family. This family is structured, as the Encyclical Pacem in Terris taught, by interpersonal relations and institutions supported and animated by a communitarian “we”, which entails an internal and external moral order in which, in accordance with truth and justice, reciprocal rights and mutual duties are sincerely recognized.

This “one human family” proposition is wholesale nonsense.

In truth, the “human family” is rather divided into two camps; one that is comprised of men who enjoy the indwelling of the Trinitarian life through baptism and the restoration of sanctifying grace, which if not lost by mortal sin, brings about authentic unity in Christ.

The other camp is comprised of men who, in spite of any outward appearances to the contrary, are disunited thanks to original sin and the lack of sanctifying grace that separates them from God, the Source of all true unity.

And yet, here the pope writes as if “interpersonal relations and institutions” are the way of peace.

Notice as well that this particular treatment is truly little more than an appeal to emotion; i.e., what does it really mean to “recognize that we are, in God, one human family”?

Clearly, not all of us are actually “in God” in such way as to be “one.” This “recognition,” therefore, is nothing more than a feeling.

Alas, this is made perfectly clear as the foolishness goes on:

Peace is an order enlivened and integrated by love, in such a way that we feel the needs of others as our own…

So, if I bite my lower lip in the style of Bill Clinton and say, “I feel your pain,” peace will surely follow? Right.

Returning now, as promised, to the topic of religion, the pope goes on to state:

One of the fundamental human rights, also with reference to international peace, is the right of individuals and communities to religious freedom. At this stage in history, it is becoming increasingly important to promote this right not only from the negative point of view, as freedom from – for example, obligations or limitations involving the freedom to choose one’s religion – but also from the positive point of view, in its various expressions, as freedom for – for example, bearing witness to one’s religion, making its teachings known, engaging in activities in the educational, benevolent and charitable fields which permit the practice of religious precepts, and existing and acting as social bodies structured in accordance with the proper doctrinal principles and institutional ends of each.

I suppose it never occurred to this pope that the “proper doctrinal principles and institutional ends” of the false religions lead to Hell.

This, of course, is nothing new. We have been hearing such things for so long now that many Catholics are unaware that it’s a grave error; one that has been condemned many times by the pre-conciliar popes.

For example, Pope Pius IX condemned the following proposition as false in his Syllabus of Errors:

Every man is free to embrace and profess that religion which, guided by the light of reason, he shall consider true.

And yet, in his message for peace, the pope is telling us that man must be left free, not only to choose any religion he happens to like (even if it directly opposes the reign of Christ), but also to lead others away from Our Lord through the propagation of error.

What’s more, he says that no “obligations or limitations” to the contrary may be placed on him!

And this is supposed to be a service to peace?

It is obvious, is it not, that this pope has lost the Catholic faith; that is, if he ever really had it in the first place?

What may not be so obvious, is that the pope who put pen to paper to produce this garbage is none other than Pope Benedict XVI. The document cited, Message for the Celebration of the World Day of Peace, was issued on January 1, 2013; roughly six weeks prior to his fleeing for fear of the wolves.

So, please, don’t fall for the fable that Benedict’s reign (such as it was) represented a period during which the Catholic faith was proclaimed from Rome with clarity. It was nothing of the kind.

Sure, the Benedictine Pontificate had a few highlights (and only a few), but just like the current pontificate, it too was fatally infected with modernism; even if the Mystical Body of Christ on earth appeared healthier than it does today.

Indeed, there can be no doubt that the faith is under attack in a unique way in our day at the hands of Pope Francis. He’s going where no modernist pope has ever gone before. As such, he’s a major part of the problem, and yet, he’s not the problem.

The seeds of today’s apostasy didn’t blossom in thin air; rather, they were carefully planted and cultivated in the soil of the Second Vatican Council.

Unless and until we receive a pope with the wherewithal to condemn this council for the anthropocentric disaster that it truly is, and summarily strip the Church of every fiber of its nefarious influence, the crisis will only get worse.

We will know that we are on the right track when a truly Holy Father is raised up and once again proclaims the Social Kingship of Jesus Christ. When this happens, we can well expect that he will make no delay in heeding the requests of the Queen Mother as expressed at Fatima.

Then, and only then, will peace become possible.

The consecration that wasn’t