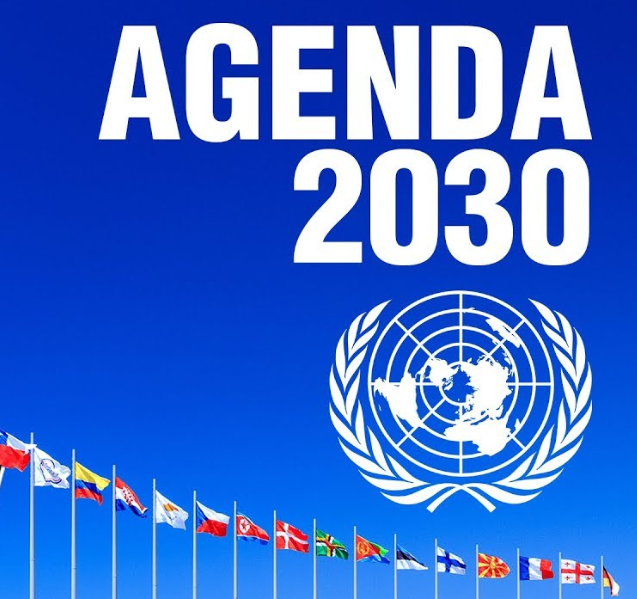 [NOTE: This article was originally published at Renew America]

As I write, the mainstream media is reporting that polls show Joe Biden with a comfortable lead over Donald Trump in the upcoming U.S. Presidential election. Many on the left either do, or desperately want to, believe that it’s true. Me? I’m not buying it for a minute; after all, we’ve seen this movie once before, have we not?

This year’s version, however, is a little different.

While no one can say with absolute certainty which candidate will receive the most votes, either popular or electoral, one thing that nearly everyone seems to agree upon is that the system is broken, or better said, corrupted.

Liberals have long been beating the dubious “voter suppression” drum while vigorously resisting efforts, like voter ID laws, to guarantee that U.S. elections are both free and fair. Conservatives, on the other hand, have consistently made hay over evidence of voter fraud, which thanks to “mail-in ballot” mania is all the more commonplace in our day.

With this in mind, it’s a safe bet that Election 2020 is going to deliver mayhem.

What this means is that one party is guaranteed to emerge as the clear victor. That party is neither Democrat nor Republican, in fact, it’s not even American, rather, it’s globalist.

Sure, the global elite who labor for the advent of a one-world government would very much prefer a Biden victory, but even if Donald Trump should win re-election by a landslide so sizable that no amount of ballot manipulation can overcome it, globalist agitators will see to it that civil unrest follows. And it is this, not which candidate is able to credibly claim victory, that is their top priority.

The reason for this is twofold. One, the globalists are in it for the long haul. In their eyes, Donald Trump, an avowed “America first” nationalist, is merely a temporary speedbump on the road toward achieving their aims, an obstacle that will be gone by 2024 at the latest. And bear in mind that the globalists have been forthright in publicizing their timeline; e.g., the UN’s Agenda 2030 and the present “Decade of Action.”

Secondly, globalists are Marxists at heart. Class warfare and civil unrest come straight from the Marxist playbook. This is how, according to their founder, a free society is weakened and prepared for revolution.

Originally, the Marxist notion of class struggle consisted in pitting the proletariat (the working class) against the bourgeoise (the wealthy class of business owners and landowners). Today, black vs. white, socialists vs. capitalists, gay vs. straight, left vs. right, etc., are considered equally as effective divide-and-conquer strategies by Marx’s disciples.

The point is to foment divisions among the citizenry, the deeper the better, as a necessary step toward destroying, in this case, the American way of life as a means of paving the way for the Utopian ideal of a so-called “classless” society. This is the vision, not just for the U.S., but globally, wherein a small handful of elites are able to control the vast majority of the world’s financial and natural resources. (The COVID scam is already paying huge dividends in this regard, having forced large numbers of small businesses into bankruptcy while the Amazons, Walmarts and other large corporations are growing at a record pace.)

As much as I wish it were not so, it seems perfectly clear that the pieces are well in place and the stage has been set: Election 2020, regardless of who wins, is going to be used by globalist-funded agitators like BLM and Antifa as an excuse for engaging in violent acts of civil unrest on a scale heretofore unseen in this country.

If Trump should prevail, the lawlessness that has plagued places like Seattle and Portland will come to look like child’s play by comparison. In the case of a Biden victory, while the rioters may or may not take steps to make their antics appear as the actions of a MAGA mob, the result will be the same – widespread violence, most especially in Democrat run cities where chaos is given free reign.

The Democrat Party is undeniably complicit in pressing forward the aims of the globalists, some of its members knowingly, others in ignorance; e.g., leftist politicians who openly encourage protesters, Democrat District Attorneys – many of whom were funded into office by George Sorors – who refuse to prosecute rioters, state and local Democrat politicians who openly vilify police officers and make budget cuts to law enforcement agencies, etc.

Even so, and this is important, properly speaking the globalist forces themselves are neither Democrat nor Republican. In other words, the globalist cabal, although pleased to use the Democrats as pawns, despise them as well. Why? Because they loathe anything and everything associated, no matter how loosely, with American sovereignty.

Consider, for example, the mayor of Portland, OR, Ted Wheeler, an uber-leftist with deep sympathies for BLM and Antifa. During the riots in his city, Wheeler ventured out into the streets one evening to speak with the “mostly peaceful” protesters as CNN calls them.

The result? They turned on him like a starving wolf in pursuit of a fatted calf, and had his staff not whisked him away to safety, there’s no telling just how badly he would have been abused. Just days later, the angry mob descended on Wheeler’s condo building to terrorize the mayor and his neighbors, just to put an exclamation point on the entire affair.

Bottom line: The United States of America is in the globalists’ crosshairs, and all indications are that their foot soldiers are poised to pounce on U.S. cities with a vengeance as soon as either Trump or Biden claim victory.

Those on the political right, who just so happen to have an appropriate love of country, largely see the threat for what it is. The majority of those on the political left, by contrast, are so consumed with hatred for both God and country that they are blinded by the sheer pursuit of power, even to the point of looking at America’s enemies as valued allies.

This is the battle that looms on the horizon; it seems all but inevitable.

The only question that remains is who is going to be the Commander-in-Chief as the conflict unfolds. Will it be a doddering and dull career politician who is pleased to play the puppet, not just for his party, but for foreign regimes as well, including the Communist Chinese, or will it be an admittedly imperfect man who voluntarily sacrificed the lifestyle of the rich and famous in exchange for the most thankless job in the world?

No one can say for certain who it will be, but know this: If the latter does not prevail in the upcoming election, all of us, including the Democrats, will come to regret it.