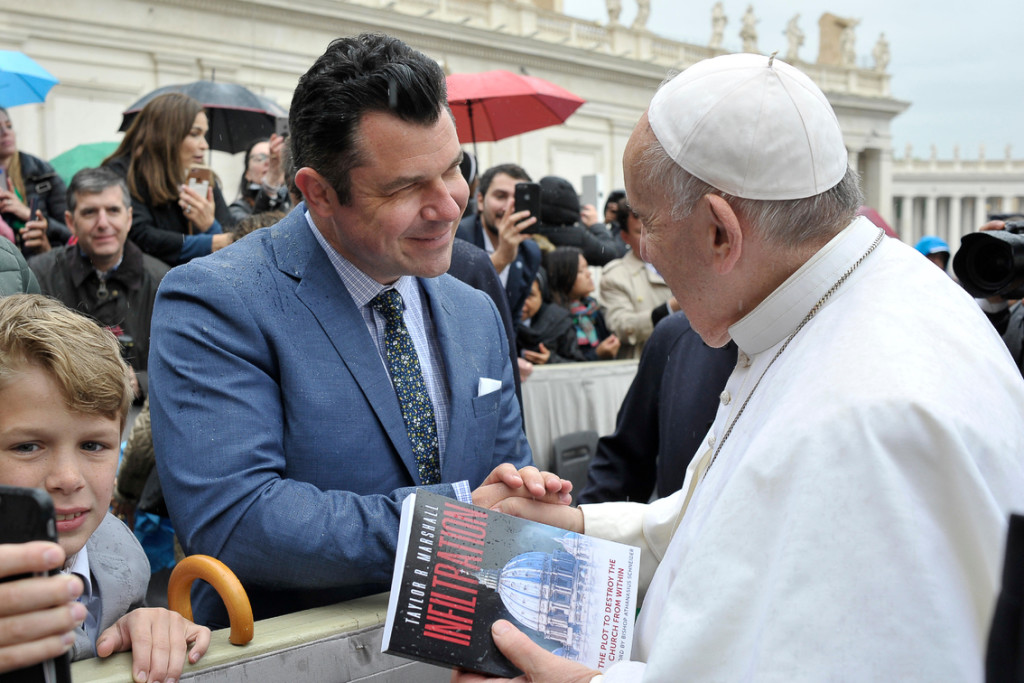 Something strange has happened to traditional Catholic media.

For at least five years, there has been a radical shift in both the tone and content of much of the stalwarts of traditionalist publications and journals as well as a new generation of more polished, “Web 2.0” friendly podcasters, writers, and meme-smiths.

This change has followed the rapid influence of “JPII” conservative Catholics into the traditionalist movement, a phenomenon initially triggered by Pope Benedict XVI’s July 2007 Motu Proprio Summorum Pontificum as well as the general “trad-friendly” tenor of the Bavarian theologian’s pontificate.

These growing ranks of refugees from the John Paul II era were accustomed to the upbeat and flashy world of Steubenville conferences, EWTN news reports, and National Catholic Register articles.

Upon first approach, the often dour, Count Dracula-esque, “get off my lawn,” demeanor of some in the traditionalist milieu was off-putting to those nursed on late twentieth and early twenty-first century conservative American Catholicism, a movement very much influenced by the very bourgeois and suburbanite Evangelical Protestantism.

However, as if by magic, many of the old traditionalist publications (as well as, interestingly, some traditionalist groups) began a radical about face in how they presented their material, adopting the methods of “Web 2.0”—especially the world of YouTube-ing with the aid of relatively cheap A.V. equipment and sophisticated, professional grade editing software.

This rhetorical shift was itself matched by a marked change in the content of traditionalist media.

No longer were certain “red pilled” topics acceptable in either electronic or print traditionalist media.

Beginning in 2019, there was further a decided effort to unite major members of the Catholic right together—regardless of how these Catholics interpreted Vatican II and the Novus Ordo Missae.

As quickly became apparent, this initiative to fuse together the disparate factions in traditionalism with trad-leaning conservative Catholics was not for the sake of a genuine search for a true and clear understanding of what has happened to the Church over the past century, but rather to form a political alliance to attempt to ensure that president Donald Trump would receive the lion’s share of the Catholic vote in 2020.

Moreover, it soon became evident that these rebranded Catholic traditionalists had a curious relationship with the secular media empire of the neo-populist right, a movement with curious ties to both foreign and domestic entities traditionally hostile to the interests of the Catholic Church.

A former Anglican minister whose entrance to the Catholic Church in May of 2006 brought him into the high powered world of Opus Dei (Marshall began his Catholic career as the assistant director of Opus Dei’s Catholic Information Center in Washington, DC), Marshall had made a career in Catholic education as well as in the burgeoning business of online blogging, vlogging, and other forms of internet self-promotion.

However, the publication of Marshall’s 2019 Infiltration and its curious subsequent promotion on a host of conservative and populist media outlets, the east Texan Catholic convert quickly became the face of the new brand of Catholic traditionalist.

A reading of Infiltration is essential to our argument, but it will have to wait until the third installment of our series.

In order to understand who Taylor Marshall is as well as who has helped to promote him and the new rebranding of Catholic traditionalism, we must turn to Dr. Marshall’s 2009 work, The Crucified Rabbi: Judaism and the Origins of Catholic Christianity

Based on a series of lectures that Marshall gave at the Catholic Information Center, The Crucified Rabbi is, in effect, a polyphonic book with two principal voices.

The first is the Catholic voice, which makes a solid and reasonable assessment of those who identify as Jewish in the contemporary, as well as those who have been critical of various powerful elements in the Jewish community.

Marshall rightly notes in The Crucified Rabbi that “to disagree with Zionism or Israeli politics is not anti-Semitism” and one “can be opposed to the Jewish Talmud, Zionism, Israeli politics, and even the Jewish religion without hating Jews or seeking their extermination.”

Since the discovery of the contents of the Talmud, Catholics have, until the twentieth century, viewed this key text of diasporic Judaism as a fundamentally wicked book full of blasphemous and sacrilegious material.  Thus, criticism of the Talmud does not necessarily translate into malice toward Jews as an ethnic group.

Moreover, while many Evangelicals and Catholic neoconservatives are fanatical supporters of the state of Israel, a Christian is certainly able to present legitimate criticism of Israel and its supporters without being inspired by hatred or malice.

In The Crucified Rabbi, Marshall further notes that there “is a vast difference between the biblical Judaism of Moses and the Talmudic Judaism of the rabbis in the centuries after Christ.”

Again, this point is critical, for many Catholics assume that the religion of contemporary Jews is merely a continuation of the Old Testament religion when, in fact, Talmudic Judaism incorporates a number of beliefs and practices that differ markedly from the faith of Moses.

Indeed, in The Crucified Rabbi, Marshall even goes so far as to say that “post-Pentecostal Judaism is a dead letter.”

However, at the same time, there is a second voice in The Crucified Rabbi, which, paradoxically, gives the impression (whether Marshall intends or not) that Talmudic Judaism is synonymous with the Old Testament religion.

More importantly, Marshall’s The Crucified Rabbi creates the impression that, for the past 2,000 years, Jews have been the victims “of numerous examples of violence” perpetrated on them by Christians. Although these “Jewish persecutions were sparked by secular politics,” Marshall continues, “we cannot deny that it was baptized Christians who committed these acts of injustice.”

Marshall’s characterization of Jewish-Christian relations as being a one sided persecution of Jews by Catholics is especially curious.

It seems to chafe against the argument presented by Dr.  E. Michael Jones in his The Jewish Revolutionary Spirit and Its Impact on World History, which Dr. Jones released in 2008.

In Jones’s view, the past two thousand years of Catholic-Jewish relations has been marked by efforts by members of the Jewish community to destroy Catholic civilization through revolutionary mischief.

Marshall’s book, it must be noted, was released in 2009, a year after Jones’s and presents a radically different picture of Catholic Jewish relations.

Finally, Marshall admits that in an earlier edition of Crucified Rabbi, he condemned the Catholic teaching of “supersessionism” as “an erroneous teaching.” Due to critical feedback he received, Marshall edited these statements in later editions of the book.

Nonetheless, Marshall approvingly provides Pope John Paul II’s statement that the “people of Israel” are “the people of the covenant.” Marshall further writes that “the people of Israel continue to be a perpetual eschatological sign of God’s love. They are a reminder that the ‘gifts and calling of God is irrevocable’ (Rom 11:29). The preserving presence of Israel on earth is perhaps the best proof that God exists…”

Whatever Marshall means by these words, they lead to the impression that God still has a covenant with the people of Israel (and perhaps even the state of Israel?).

As a final aside, Marshall has boasted on his website that he himself is of Ashkenazi Jewish ancestry (allegedly only 9.65%).

Certainly, having Jewish ancestry does not prove that Taylor Marshall’s motives are somehow impure.

What is weird, however, is that Marshall pulled his revelatory post down after it began to circulate on various traditionalist blogs.

To answer this question, we must dig deeper into the life and work of Taylor Marshall, and, by doing so, we will uncover just how and why not simply traditionalist Catholic media, but virtually the entire Catholic traditionalist movement in America has been, it appears, infiltrated.

Stay Tuned for Part II of Who is Taylor Marshall? Sword and Serpent.