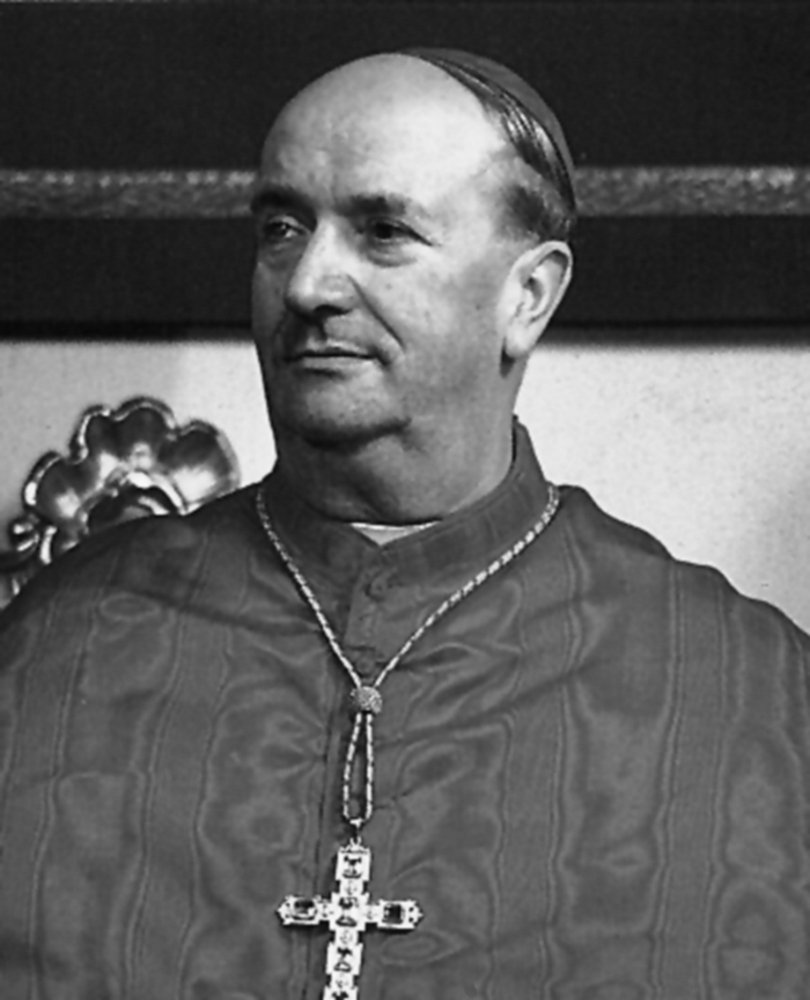 On July 24, 1966, just over six months after the close of Vatican Council II, Pro-Prefect of the Congregation for the Doctrine of the Faith, Alfredo Cardinal Ottaviani, issued a document entitled:

With the coming of the letter’s 50th anniversary, any number of so-called “traditionalists” (aka Catholics) pointed to Cardinal Ottaviani’s exhortation as evidence that the conciliar text had become a source of confusion and turmoil in the Church – and on many of the same points so hotly contested today – almost immediately upon its promulgation.

Indeed, it is amazing just how well the Pro-Prefect’s observations speak to the present situation in the Church.

For example, among the “opinions and errors” decried by Cardinal Ottaviani as “causing great disturbance among the faithful” are the following:

– The ordinary Magisterium of the Church, particularly that of the Roman Pontiff, is sometimes neglected and diminished, until it is relegated almost to the sphere of a mere opinion.

–  Some almost refuse to acknowledge truth that is objective, absolute, stable, and immutable, submitting everything to a certain relativism, with the pretext that every truth necessarily follows an evolutionary rhythm according to conscience and history.

– Some consider of little account the doctrine of the Council of Trent regarding original sin, or explain it in a way that at least obfuscates the original fault of Adam and the transmission of his sin.

How little has changed over the last fifty years! And yet, how much…

Today, each one of the aforementioned opinions and errors feature rather prominently, not just in the writings of certain prelates, but in the Apostolic Exhortation, Amoris Laetitia!

While all that has been said of Cardinal Ottaviani’s letter thus far is noteworthy indeed, there is another, more intriguing, aspect to the text that has been largely overlooked.

Note well that Cardinal Ottaviani, as the title to the letter suggests, attributes the crisis at hand to “the interpretation of the decrees of the Second Vatican Council.”

In the body of the letter itself, he blames the “disturbance” on “abuses regarding the interpretation of the conciliar doctrine,” and calls for his brothers in the sacred hierarchy to see to it that the conciliar decrees are “properly interpreted and implemented with the utmost fidelity to their merit and their spirit.”

He even went on to say:

All of the people of God are bound by the grave duty to strive with all diligence to put into effect all that has been solemnly proposed or decreed, under the influence of the Holy Spirit, by the universal assembly of the bishops presided over by the Supreme Pontiff.

My friends, criticizing Cardinal Alfredo Ottaviani is enough to get one stoned in certain “traditional” circles, but let’s not be afraid to state to truth:

Staunch defender of the Faith though he was, even Cardinal Ottaviani wasn’t immune to the disorientation of which Our Lady of Fatima forewarned.

The reality is that the crisis he was addressing, the same through which we are currently living, is not simply a matter of misinterpretation and faulty implementation of the conciliar doctrine; it is the result of ambiguities and errors in the text of the Council itself.

Bearing in mind the Biblical caution concerning “a little leaven,” this text has no “merit” as Cardinal Ottaviani suggests. As for its “spirit,” it’s hardly necessary to state the obvious.

As such, it is a grave mistake, and indeed rather dangerous, to anoint said text as that which was “solemnly proposed or decreed, under the influence of the Holy Spirit.”

Lastly, the good Cardinal was just plain wrong to suggest that “the people of God are bound” by the conciliar propositions.

(NB: The Appendix to the Dogmatic Constitution on the Church, Lumen Gentium, states: “Taking conciliar custom into consideration and also the pastoral purpose of the present Council, the sacred Council defines as binding on the Church only those things in matters of faith and morals which it shall openly declare to be binding.” No such “open declarations” appear anywhere in the sixteen documents produced by the Council.)

So, what does all of this demonstrate?

Apart from Divine assistance, no one – not even a giant of the Faith like Cardinal Alfredo Ottaviaini – is entirely immune to the confusion that is sown by the hand of the Master Deceiver; in the present case, as made manifest in the event and decrees of Vatican Council II.

Knowing this, and ever solicitous of our wellbeing, Our Blessed Lord sent His mother to three shepherd children in Fatima in 1917 to forewarn us, and to show us the way to avoid falling prey to diabolical disorientation.

Specifically, as acknowledged by Fr. Ingo Dollinger, a close friend to Cardinal Josef Ratzinger, the latter  admitted to him that the Third Secret of Fatima has not yet been fully revealed, and it warns of a “bad Council and a bad Mass.”

This is why Our Lady asked that the Third secret be revealed in 1960, saying that “it would be clearer then.” She tried to protect us!

We all know what happened. Devious men chose to ignore her, and for this a price must be paid, in justice, one that affects both the good and the bad.

For us, the lesson should be clear:

Stay very close to Our Lady, that she may take us under her mantle and shield us from the wiles of the Devil.

[This article was originally published by the Fatima Center. Please visit their website often and support their efforts as you are able!]