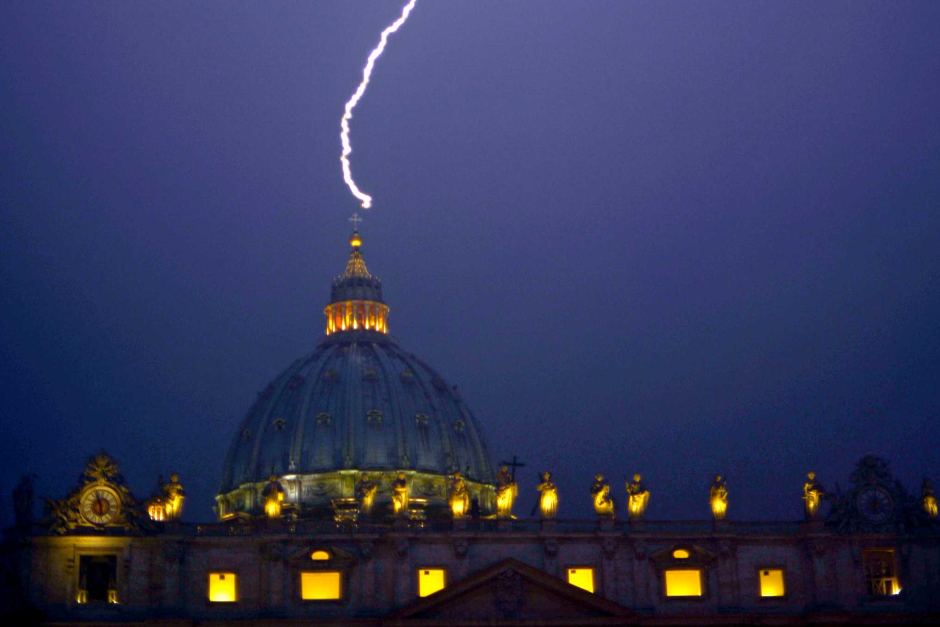 In case you missed it, last month Fr. Paul McDonald had a Guest Op-Ed at Rorate Caeli, entitled, “The Council Opened the Church to the Prince of this World.” It’s well worth a read.

Quoting from the document Dominum et Vivificantem of Pope John Paul II, Fr. McDonald calls attention to the Holy Father’s rather casual suggestion that it is necessary to discern in the conciliar text between that which is a gift from the Holy Spirit, and “that [which] may instead come originally from the ‘prince of this world.'”

A sober minded Catholic cannot but be stunned!

Among other excellent observations, Fr. McDonald very astutely points out that JPII seems to imagine that allowing the Enemy to sow his poisonous fruit in the conciliar text was an acceptable risk in the  conciliar work of renewal; as if it is sometimes necessary for a mother to mix garbage with good food in order to foster growth in her children.

Is it not the case that the Church Militant, when she is authentically guided by the Spirit, is led ever more intimately into all truth? If this be so, and we know that it is, does this not mean that in order to remain true to her mission, the Church must continually purge from among her ranks those things that “may come from the Prince of this world,” as it is he who threatens to kill the souls of her members?

How is it ever acceptable to imagine otherwise?

In any event, all of this rather clearly points to the degree to which the mission of the Holy Catholic Church as given by Christ has been supplanted by mere human ideas and earthbound efforts.

Confusion and contradiction: Signs of the times