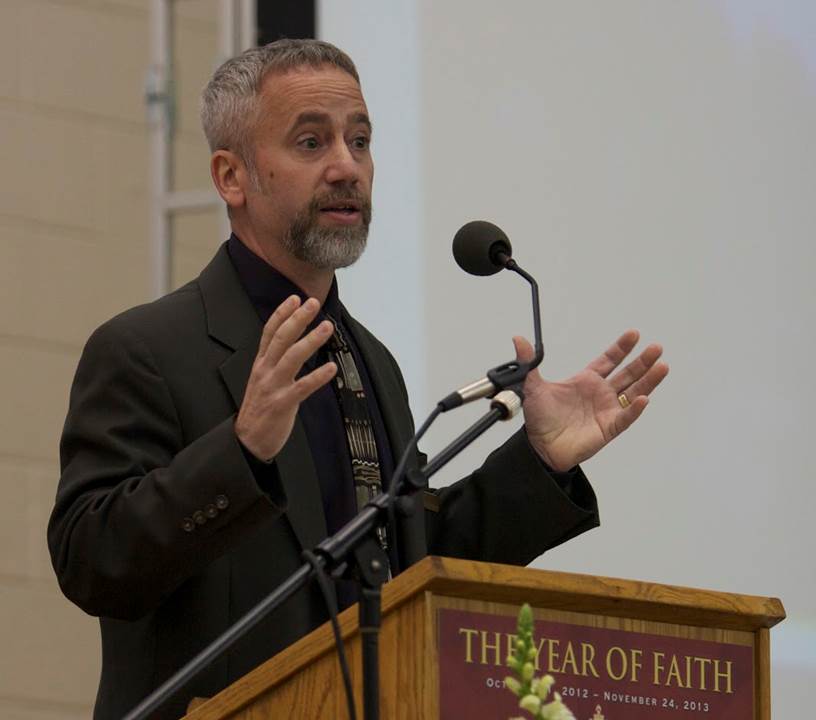 It has come to my attention that some Cotton Candy Catholic bloggers (that I’ve chosen not to link so as not to tempt a dozen or so of you to visit their websites thereby effectively doubling their traffic) have taken to drawing comparisons between the Catholic Identity Conference (at which I will be speaking this year) and the Call to Holiness Conference (at which I spoke in 2012) as they are taking place on the same weekend (September 12-14, 2014).

One of the criticisms being launched at the Catholic Identity Conference is the supposed absence of any priest speakers, when in fact, Fr. Gregory Pendergraft of the Priestly Fraternity of St. Peter will not only be speaking, but also celebrating the Mass of All Ages at the conference.

In any case, if one wishes to draw comparisons between the two events, that’s fine. Having spoken at the Call to Holiness Conference in October of 2012 (on the topic of Vatican II), I may perhaps have a unique perspective to offer.

As most readers here know, my approach to writing and speaking has changed over the last couple of years.

Back in 2012, as I prepared for Call to Holiness, I struggled to determine how best to impart my awareness that the conciliar text is deeply flawed with the subtlety necessary in order to avoid unduly scandalizing those in attendance. Admittedly, the talk I ended up giving is not the one I would give today; for a number of reasons, but more on that in a moment…

That said, I didn’t pretend that all is well in Cotton Candy Catholicland either. Here are few brief excerpts from that talk:

Can we say that the mandate given to the Council [“The greatest concern of the Council is this, that the sacred deposit of Christian doctrine should be guarded and taught more efficaciously” – Pope John XXIII] has been effectively accomplished?

If we’re honest, we must admit that the answer is no, it has not been accomplished nearly well enough …

I don’t want to sugarcoat the matter either, and so I have to forewarn you that finding continuity with Tradition in the conciliar text isn’t always easy …

The truth is, the Council Fathers also occasionally wrote in ways that are less than precise, and therefore not very clear… At times we might even say that some of the text suffers from a degree of ambiguity… And it should come as no surprise that these are areas in which confusion tends to reign…

I even gave an example taken from Presbyterorum Ordinis, the Decree on the Ministry and Life of Priests of Vatican II, as an instance of discontinuity as compared to the teaching articulated by the Council of Trent.

Among those in attendance for this talk was His Excellency Alexander Sample who very kindly offered a letter recommending me as a speaker, particularly on the topic of Vatican II.

I have since chosen to remove his letter from my website, not at his request, but simply out of respect for the now Archbishop of Portland. Surely he has bigger fish to fry than responding to the complaints such a letter would invite from those nattering entrepreneurs-catholique who are far more concerned with self-preservation (not to mention lining their pockets) than defending the Faith.

The truth is, based on the far more straightforward approach that I currently take in my writing and speaking, I wouldn’t expect the Archbishop to endorse me today anyway.

So, what exactly changed?

To some extent, me; more specifically, my knowledge of the man-centered nature of Vatican Council II and all of the terrible offenses that are leveled against Christ in its name as a result.

Perhaps more importantly, however, is the change that took place in Rome just four or so months after I spoke as Pope Benedict XVI departed to make room for Pope Francis, with the latter having since unleashed an all-out assault on our Holy Catholic faith, in both word and deed, that has left much of the world utterly baffled (some unawares) as to what the Church truly believes and professes.

In short, the Faith is currently under attack, and aggressively so, even from the very top, in a most remarkable way in our day; the examples of which are far too numerous to number.

As such, the risk of possibly scandalizing others by defending the Faith with vigor pales in comparison to the indisputable fact that countless souls are being directly encouraged to persist outside of the solitary Ark of Salvation, by the Holy Roman Pontiff himself, and thus being exposed to eternal death.

These are the kinds of conditions that cannot but force the true soldier of Christ to abandon all subtlety; to rise up in defense of the Sovereign Rights of Christ the King and the Church that He established with boldness; knowing full well that doing so is to invite persecution in a degree inversely proportional to the great popularity that is enjoyed by Pope Francis and his likewise worldly cheerleaders.

So, yes, when it comes to Catholic conferences on the weekend of September 13, 2014, the faithful do indeed have a choice:

Those who wish to imagine that all is relatively well with the Holy Catholic Church in our day; who behave as if ours is the faith that comes to us from the currently reigning pope whomever he may be, and who are disinclined to meet offenses against Our Lord Jesus Christ head-on especially when leveled by men in the sacred hierarchy… such persons would likely find the Call to Holiness Conference a very comforting experience.

Those on the other hand who recognize that the Holy Catholic Church is in the midst of a terrible crisis; who understand that ours is the immutable faith that comes to us from the Apostles, and who are determined to meet every and all offenses against Our Lord Jesus Christ head-on especially when leveled by those men in the sacred hierarchy who would so abuse their exalted office… such persons are invited to outfit themselves for battle as members of the Church Militant at the Catholic Identity Conference. I hope to see you there.