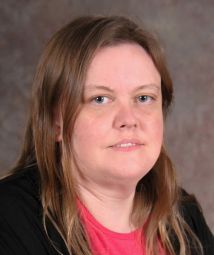 Back in the day, Catholic Answers seemed to be focused on defending the faith against largely protestant claims, some of which came from within. Now it seems as though there’s been a conscious decision to ramp up an additional attack on a new front:

Case in point, Catholic Answers’ attempt to defend the Holy See’s action against the Franciscan Friars of the Immaculate in the face of traditionalist concerns (detailed in one of my previous blog posts).

In a CA blog post, (which you are invited to read in full there), one of their staff apologists, Michelle Arnold (pictured above), attempts to dismiss concerns that the recent decree contradicts the provisions set forth in Summorm Pontificum as nothing more than a “freak out in cyberspace” on the part of those whose “tendency is to treat every development that is not 100 percent positive in favor of Traditionalism as if the sky was falling.”

Getting to the meat of the matter, Arnold quotes what she believes to be the operative part of SP (article 3):

Communities of institutes of consecrated life and of societies of apostolic life, of either pontifical or diocesan right, wishing to celebrate Mass in accordance with the edition of the Roman Missal promulgated in 1962, for conventual or “community” celebration in their oratories, may do so. If an individual community or an entire institute or society wishes to undertake such celebrations often, habitually or permanently, the decision must be taken by the superiors major, in accordance with the law and following their own specific decrees and statutes.

She then provides her interpretation of the text saying, “In other words, Summorum Pontificum provides that the celebration of the extraordinary form within religious communities is dependent to one degree or another on the decisions of the superiors major of those communities, acting ‘in accordance with the law and following their own specific degrees and statutes.'”

What Arnold is missing in her analysis is the fact that this portion of SP is speaking of the liturgical life of entire religious orders, or individual communities within those orders. It refers specifically to those that wish to make use of the 1962 Missal either “habitually or permanently.” According to this provision, such matters constitute an internal affair for the order’s superiors to decide.

What this provision in SP does not intend to suggest is that the individual priests of a given order need their superior’s approval in order to celebrate the traditional rite. This much is made perfectly clear in the previous article in SP:

Art. 2. In Masses celebrated without the people, each Catholic priest of the Latin rite, whether secular or regular, may use the Roman Missal published by Bl. Pope John XXIII in 1962, or the Roman Missal promulgated by Pope Paul VI in 1970, and may do so on any day with the exception of the Easter Triduum. For such celebrations, with either one Missal or the other, the priest has no need for permission from the Apostolic See or from his Ordinary.

Notice, the above clearly states that neither secular priests nor those of a religious order (“regular” priests referring to those who live under a “rule,” or regula in Latin) have any need of permission.

The decree issued by the Congregation for Religious, with the approval of Pope Francis, reads in part:

“The Holy Father Francis has directed that every religious of the congregation of the Franciscan Friars of the Immaculate is required to celebrate the liturgy according to the ordinary rite and that, if the occasion should arise, the use of the extraordinary form (Vetus Ordo) must be explicitly authorized by the competent authorities, for every religious and/or community that makes the request.”

This contravenes Summorum Pontificum on two points. First, it takes the decision for the community’s liturgical life WRT the traditional liturgy out of the hands of the superiors and places it into the hands of another authority, which to my knowledge has yet to be named.

More troubling still, the decree addresses not simply the community’s liturgical life but that of “every religious of the congregation;” i.e., individual priests. It states that they are now “required to celebrate the liturgy according to the ordinary rite.”

This is nothing short of an abuse of authority, and that should be a cause of concern for everyone.

In essence, the Congregation for Religious, with the approval of Pope Francis, is forbidding individual priests to celebrate the traditional Mass, when, as SP makes clear, it has never been abrogated; i.e., it was always the priest’s right to celebrate this liturgy even before Summorum. And so it remains now in spite of the decree.

In working as an apologist for Catholic Answers for a decade now, I’ve had to keep an eye on the Traditionalist Catholic movement, and I think this story and its fallout demonstrates well some worrisome tendencies in the movement.

I have a different take:

That Catholic Answers has apologists on staff who have been keeping an eye on the Traditionalist Catholic movement for at least a decade, this story and Ms. Arnold’s faulty analysis of both the material facts and their importance in Catholic life as a whole, demonstrates well the reason why CA is experiencing financial difficulty.

A Catholic Answer for Karl Keating