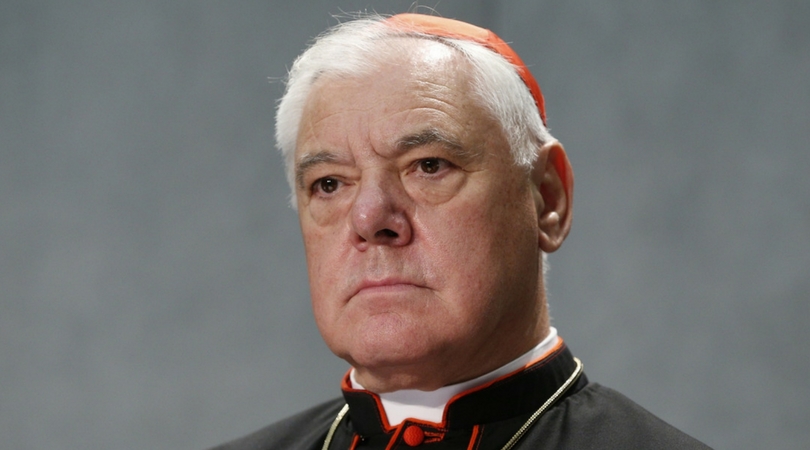 In early February, on the second day of his Humanistic Journey to the United Arab Emirates, Jorge Bergoglio (aka Francis) co-signed a joint declaration with the Muslim Sheik Ahmad el-Tayeb that contained the following heresy:

Freedom is a right of every person: each individual enjoys the freedom of belief, thought, expression and action. The pluralism and the diversity of religions, colour, sex, race and language are willed by God in His wisdom, through which He created human beings.

In response, former Prefect of the CDF, Gerhard Cardinal Müller issued a “Manifesto” in an attempt to set the record straight.

As is typical in such cases when a “conservative” prelate attempts to lend Catholic clarity to a particular Bergoglian error, the text and its author have been received with great fanfare in many quarters. In fact, the Manifesto is being viewed by some influential persons as a mini-catechism that, if leveraged effectively, is capable of providing much-needed light in the present darkness.

One small problem, however; the Manifesto is constructed of multiple references to the so-called Catechism of the Catholic Church (the 1992 edition largely edited by that rock of orthodoxy Cardinal Christoph Schönborn). It is, in other words, cut directly from conciliar cloth.

As such, Cardinal Müller ends up contributing to the darkness, albeit while using more pious sounding language than the heretic Bergoglio ever did. This is most notably the case with respect to Cardinal Müller’s ecclesiology as presented in the following:

Let’s now take a closer look at these propositions through the lens of Catholic tradition; mindful of the fact that words matter a great deal, especially when attempting to convey eternal truths. That is why the fathers of the great ecumenical councils of the past often engaged in laborious, heated debate over solitary words.

Had Cardinal Müller stated that the Church is “the visible sign” and “the instrument of salvation,” the statement would have at least appeared to come closer to tradition. But guess what: Overall, his ecclesiology would still remain grievously wrong, and for several reasons.

Far from just a matter of linguistic clumsiness, this is Müller’s deliberate attempt to remain true to the conciliar novelty that says that “The Church of Christ subsists in the Catholic Church” (LG 8).

Prior to Vatican II, there was never any question whatsoever that the Church of Christ is the Catholic Church. The decrees of the Council of Trent, for example, refer to the Catholic Church as the “Church of God,” without distinction, no less than sixteen times.

More recently, Pope Pius XII could not have spoken more plainly when he stated:

If we would define and describe this true Church of Jesus Christ – which is the One, Holy, Catholic, Apostolic and Roman Church… (Mystici Corporis Christi 13)

The reason the Second Vatican Council avoided this eminently simple and easily understood teaching, subverting it with the novel and deliberately ambiguous “subsists in,” is obvious to all who have been paying attention; ecumenism. As such, we will not go into any greater detail on this point here.

Furthermore, the idea that the Catholic Church is best understood as a “sign” and a “sacrament” is also a wholesale novelty; another erroneous invention of the Second Vatican Council. (see LG 48 and GS 45)

Let’s begin our examination by going back to basics – the Baltimore Catechism.

A Sacrament is an outward sign instituted by Christ to give grace.

577. How many Sacraments are there?

This last Q&A alone more or less demonstrates the absurdity of the claim that the Catholic Church is the “universal sacrament of salvation” – there are but seven sacraments, not eight.

Still, let us ask, can we say that the Church is like a sacrament inasmuch as it is an outward sign that points to (that is, signifies) another, far greater reality; namely Christ, or is the Church more closely identified with Our Lord than that of a mere sign?

The traditional teaching as expounded upon by Pope Pius XII leaves no room for doubt:

As Bellarmine notes with acumen and accuracy, this appellation of the Body of Christ is not to be explained solely by the fact that Christ must be called the Head of His Mystical Body, but also by the fact that He so sustains the Church, and so in a certain sense lives in the Church, that she is, as it were, another Christ.

The Doctor of the Gentiles, in his letter to the Corinthians, affirms this when, without further qualification, he calls the Church “Christ,” following no doubt the example of his Master who called out to him from on high when he was attacking the Church: “Saul, Saul, why persecutest thou me?”

Indeed, if we are to believe Gregory of Nyssa, the Church is often called simply “Christ” by the Apostle; and you are familiar Venerable Brethren, with that phrase of Augustine: “Christ preaches Christ” (Mystici Corporis Christi 53).

Clearly, according to the sure teaching of tradition, the Catholic Church is no mere sign; indeed, even Our Lord identifies it directly with Himself. So important for our understanding is this identity of the Church that, under the inspiration of the Holy Ghost, it is recorded in Sacred Scripture.

Bottom line: The Holy Catholic Church is no mere sign, nor is she a sacrament.

Mystici Corporis Christi… That is to say that the Church is the “Mystical Body of Christ,” which raises an important question: Why “mystical”?

Pope Pius XII gives us three reasons, the simplest of which is so that “we may distinguish the Body of the Church, which is a Society whose Head and Ruler is Christ, from His physical Body, which, [was] born of the Virgin Mother of God.” (ibid.)

The Holy Father goes on to describe the ways in which the Body of the Church is unlike a natural body, a moral body, and a juridical body – thus, “Mystical.” He concludes:

Hence, this word [Mystical] in its correct signification gives us to understand that the Church, a perfect society of its kind, is not made up of merely moral and juridical elements and principles. It is far superior to all other human societies.

It would be incorrect to believe that the word “Mystical” in any way implies that this Body is but a sign; rather, it is mystical inasmuch as its grandeur exceeds the capacity of our intellect, and this is due to its identification (as noted above) as another Christ.

The Church is, just the same, a real, visible, and present “perfect society” – meaning, it contains within itself everything whatsoever necessary to accomplish the end for which it exists; namely, the salvation of souls – attainable only through, with, and in Christ. It is not, therefore, merely a sign or a sacrament that points to something greater, for there is nothing greater.

A perfect illustration of the Council’s condemnable ecclesiology, the same that Cardinal Müller pillaged for the text of his vaunted “Manifesto,” is well illustrated here:

It follows that the separated Churches and Communities as such, though we believe them to be deficient in some respects, have been by no means deprived of significance and importance in the mystery of salvation. For the Spirit of Christ has not refrained from using them as means of salvation which derive their efficacy from the very fullness of grace and truth entrusted to the Church. (The Decree on Ecumenism of Vatican II, Unitatis Redintegratio, Art. 3)

Think about what you’ve just read:

The communities of the heretics and schismatics, by contrast, are called “means of salvation” in their own right! You tell me, which in the text is the more highly esteemed, the mere sign, or the means itself?

I am pleased to assume that, in writing his Manifesto, Cardinal Müller genuinely wished to set forth authentic Catholic doctrine in the face of so many Bergoglian heresies. That said, he has erred grievously in believing that said doctrine can be taught simply by mimicking the error-ridden Second Vatican Council.

Any who wish to defend the true Faith can only effectively do so by condemning the errors of Vatican II first and foremost, while returning to the pre-conciliar, traditional, and infallible Magisterium of the Church.

The end of Lent is nearly upon us. If you wish to take advantage of our