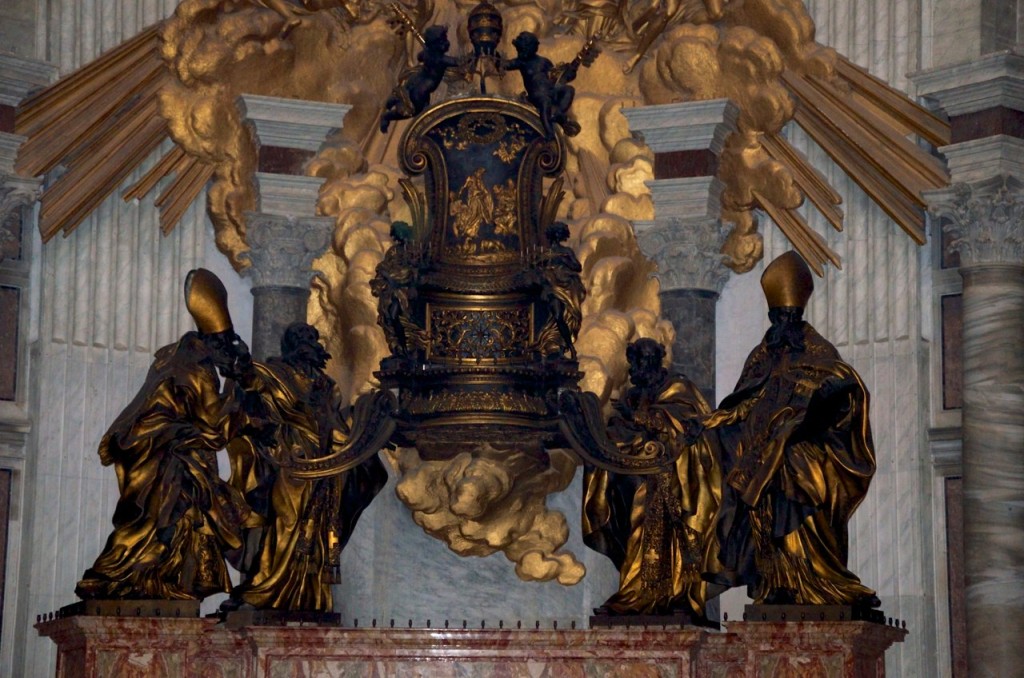 On Monday, March 13th, St. Peters Basilica will be desecrated as, for  the  first  time in history, Anglican  Choral  Evensong  [roughly  equivalent  to  Catholic  Vespers]  will  be  celebrated at the altar of the Chair of St. Peter.

The following details come to us courtesy of our friends at the Fatima Center (and a kind reader of this space, MC):

The   service,   scheduled   for   3:00   p.m. [local Roman time], will be led by Archbishop Moxon from the 1662 Book  of Common Prayer, which supplanted the Roman Missal and Breviary in Protestant England centuries ago, and will feature choral music sung by the Choir of Merton College (Oxford   University). Catholic Archbishop Arthur Roche,  the current Secretary of the Congregation for Divine Worship and the Discipline of the Sacraments, will be preaching  at the event.

More details are available via the video below.

In response, Catholics around the world will be joining the Militia of the Immaculata (founded by St. Maximilian Kolbe) in making reparations for this act of desecration.

As I have mentioned in several talks, making a formal act of consecration to Our Lady and becoming a member of the MI was for me (and I am certain for countless others) life-changing. The Blessed Mother’s power to change the course of events cannot be overestimated, and boy do we need her now!

Members of the MI along with a “Rapid Response Team” from the Fatima Center will be on the ground at St.Peters Basilica offering a rosary of reparation beginning at 5:30 p.m (Roman time).

Unfortunately, many of us have grown numb to the offenses heaped upon Our Lord and His Church. The Fatima Center has produced a pamphlet, Ecumenical Madness, that puts this act of desecration in perspective.

Please make plans to take part in this act of reparation and encourage others to do so as well. Thanks in advance.