Are there any good reasons not to bring back the Oath Against Modernism? If so, I’d like to hear them. (BTW – “It won’t do any good” isn’t one of them.) Either modernism continues to threaten the Church or it doesn’t. Which is it?

This naturally leads one to wonder, invincible ignorance aside, how many clerics could, in good conscience, take the Oath?  Could Pope Francis?

I, for one say far too few and no. 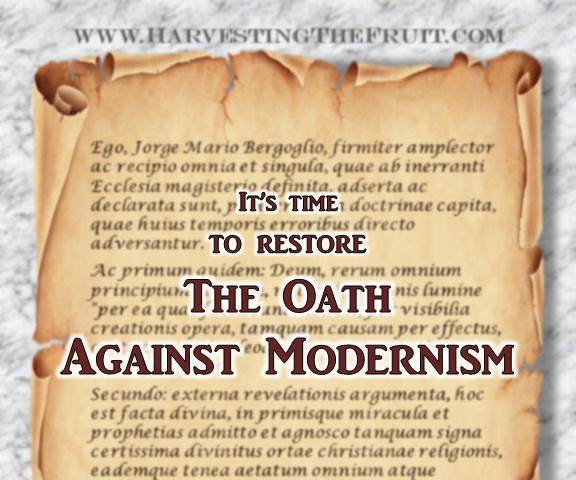