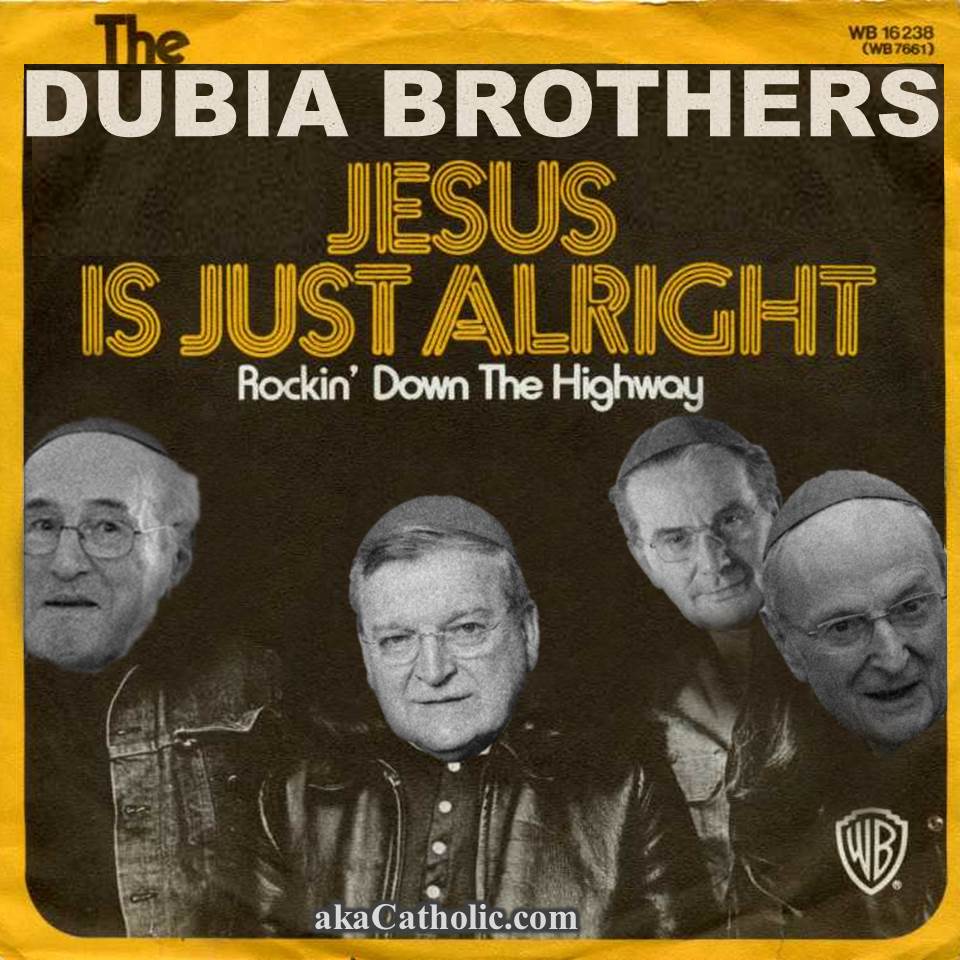 According to the infamous “Fra Cristoforo” – the penname of a blogging cleric anonymously writing from Rome:

My source tells me that the four Cardinals Brandmüller, Burke, Caffara and Meisner that placed the dubia before the Argentine Jesuit in order to clarify the Amoris Laetitia, NO LONGER INTEND TO MAKE THE PUBLIC CORRECTION THEY HAD PREVIOUSLY ANNOUNCED. [Emphasis in original]

In fact, meeting together about twenty days ago, in Rome, they opted for this choice. It seems that the motive is the fact that they have not felt supported by other Cardinals, at the official level, and have decided to throw in the towel.

If this is true, and one cannot be certain, it would appear that perhaps the cardinals’ allegiance isn’t to the Divine Law Giver after all.

Four “full communion” men-of-the-council placing their standing among men before their sacred duty toward Christ the King!

Given that even the sons of Archbishop Marcel Lefebvre (via Fr. Jean-Michel Gleize, SSPX) can’t seem to muster the gumption to identify as “heretical” those statements in Amoris Laetitia that plainly contradict the Council of Trent and Sacred Scripture, I suppose that wouldn’t be very difficult to believe.

Interestingly, though, Fr. Gleize did state the following in his most unfortunate article:

Cardinal [Müller] thinks that it would not be possible to proceed to the fraternal correction [of Francis] mentioned by Cardinal Burke… In reality, the danger [to the faith] is very real, and Cardinal Burke rightly reacted to this statement by Cardinal Müller, insisting on the need for a pontifical correction. [Emphasis added]

If Fra Cristoforo’s report bears out to be accurate, will Fr. Gleize weigh-in on behalf of the Society to call Cardinal Burke and his confreres to account for the “need for a pontifical correction”?

One should only hope so, but only time will tell on all counts.