Home
Blog Post
What a difference a year makes 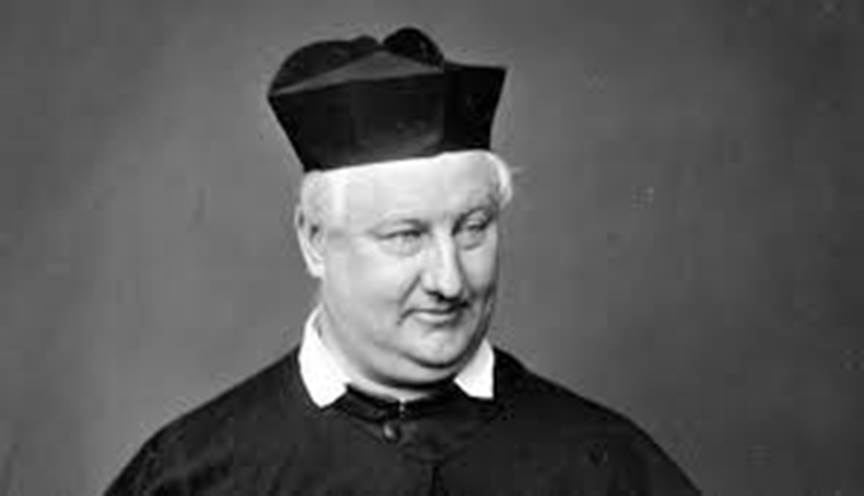 We, the children of the Church, were effectively abandoned more than 50 years ago when the Fathers of Vatican Council II collectively silenced the voice of our Holy Mother; leaving us to search for Catholic nourishment on our own as veritable orphans.

Our Lord, however, true to His word, did not abandon us.

He continued, and even now continues, to speak to us in unambiguous tones; imparting the words of everlasting life through the pre-conciliar Magisterium of the Church to those who, by grace, have been endowed with a genuine love for Catholic tradition and the wherewithal to condemn error regardless of cost.

Among those whom the Lord so richly blessed was Archbishop Marcel Lefebvre.

One year ago today, the Society of St. Pius X that he established posted on its website A Passiontide reflection on heresy written by Fr. Frederick William Faber, which begins:

“The crowning disloyalty to God is heresy. It is the sin of sins, the very loathsomest of things which God looks down upon in this malignant world. Yet how little do we understand of its excessive hatefulness! It is the polluting of God’s truth, which is the worst of all impurities. Yet how light we make of it! We look at it, and are calm. We touch it and do not shudder. We mix with it, and have no fear. We see it touch holy things, and we have no sense of sacrilege. We breathe its odor, and show no signs of detestation or disgust.”

Just three days after Fr. Faber’s reflection was posted, “Given in Rome, at Saint Peter’s” was the “Post-Synodal Apostolic Exhortation, Amoris Laetitia, of the Holy Father Francis;” a text that dares to profess, among other things:

– One can no longer say that those who “know full well” the Divine Law concerning adultery and yet freely choose to persist in it “are living in a state of mortal sin and are deprived of sanctifying grace.” (AL 301)

– In certain situations, one may not be able to uphold the Divine Law concerning adultery. (AL 301)

– Continuing in adultery can at times be “the most generous response which can be given to God.” (AL 303)

If presented with these poisonous propositions one year ago, even as the decision was being made to post Fr. Faber’s reflection, can there be any doubt that the leadership of the Society would have:

– Recognized them as precisely the “polluting of God’s truth” of which Fr. Faber wrote?

– Rejected them for their “excessive hatefulness”?

– Identified them as among the “loathsomest” of sins?

There is much that I do not know, and yet I am supremely confident that, from Bishop Bernard Fellay on down, the Society’s leadership would have spared no effort in condemning the aforementioned false teachings for what they are; heretical.

More so am I convinced that Archbishop Marcel Lefebvre would have been moved to rent his garments at the sound of such impious words as those found in Amoris Laetitia; the likes of which oppose revealed truth more plainly than anything that ever came out of Rome in his own day.

Even certain defenders of Vatican II, having measured Amoris Laetitia against Sacred Scripture and the infallible doctrine taught by the Council of Trent, have not hesitated to identify the presence of heresy in the text.

And yet the Society hesitates…

In October of 2013, Bishop Fellay declared of Francis:

“What we have before us is a genuine modernist,” with modernism well-understood as the synthesis of all heresies. (Pope St. Pius X, Pascendi Dominici Gregis)

One wonders, is this somehow less evident today as we stand in its shadow?

In addition to those things noted above, Amoris Laetitia plainly states that Our Lord, at times, asks his children to persist in adultery in violation of the Divine Law – the same that is applicable to all persons, at all times, in all situations. (AL 303)

If the recent article of Fr. Jean-Michel Gleize is any indication, the leadership of the Society disagrees; believing instead that such statements merely “promote heresy;” as if they are simply misleading or open to misunderstanding.

From the “Editor’s note” following the article:

“None of the ambiguous statements in Amoris laetitia constitute ‘a rejection or contradiction of a truth that is not only revealed but also proposed as such by an infallible act of the ecclesiastical Magisterium.’”

Where, one wonders, is the shuddering, the fear, the sense of sacrilege, the signs of detestation or disgust of which Fr. Faber wrote?

The above-mentioned reflection on heresy was written by Fr. Frederick William Faber in the mid-19th century during the reign of Pope Pius IX; the Holy Roman Pontiff who blessed us with the Syllabus of Errors.

Surely, Fr. Faber’s words speak more clearly to the needs of our day than his own, and if truly taken to heart perhaps Fr. Gleize and the Society would look at Amoris Laetitia rather differently.

I pray that this will happen in due time.