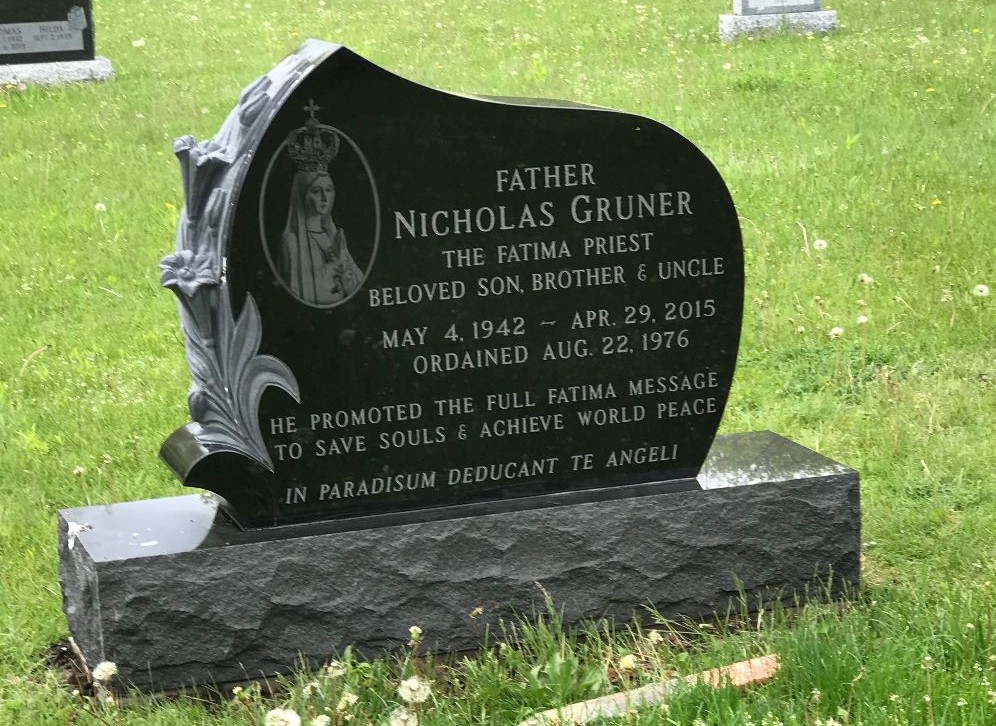 Better late than never… Such was the message that I received from a close personal friend of Fr. Nicholas Gruner, along with the photo above showing the gravestone that had just been put in place to mark the resting place of “the Fatima priest’s” earthly remains.

Indeed, I think we can all agree that this headstone stands as a fitting monument to Father’s life’s work of promoting the full message of Fatima to save souls and achieve world peace.

And yet, we must also admit that we risk seeing this mission, once carried out so well by Fr. Gruner, becoming more a thing of the past to be remembered rather than being treated as it should be – namely, as an imperative for those of us alive today.

Much has taken place in the three years since Fr. Gruner died; e.g., the conclusion to the rigged Synods on the family, publication of the heresy laden text Amoris Laetitia, issuance of the now infamous dubia, the 100th anniversary of Our Lady’s appearance at Fatima…

These are the kinds of things that would have happened even if Father had not been mercifully called from this life. More noteworthy still, however, are those things that arguably would not have happened had Father remained here to continue serving Our Lady at the helm of the Fatima Center.

Yes, much has changed since Fr. Gruner passed, but the mission to which he dedicated so much of his life is growing increasingly more crucial with every passing day. As such, the important question one must ask is simply this:

In Fr. Gruner’s absence, where, and by whom, is the mission of safeguarding and spreading the full message of Fatima still being carried out in all integrity?

John Vennari: A message and a tribute