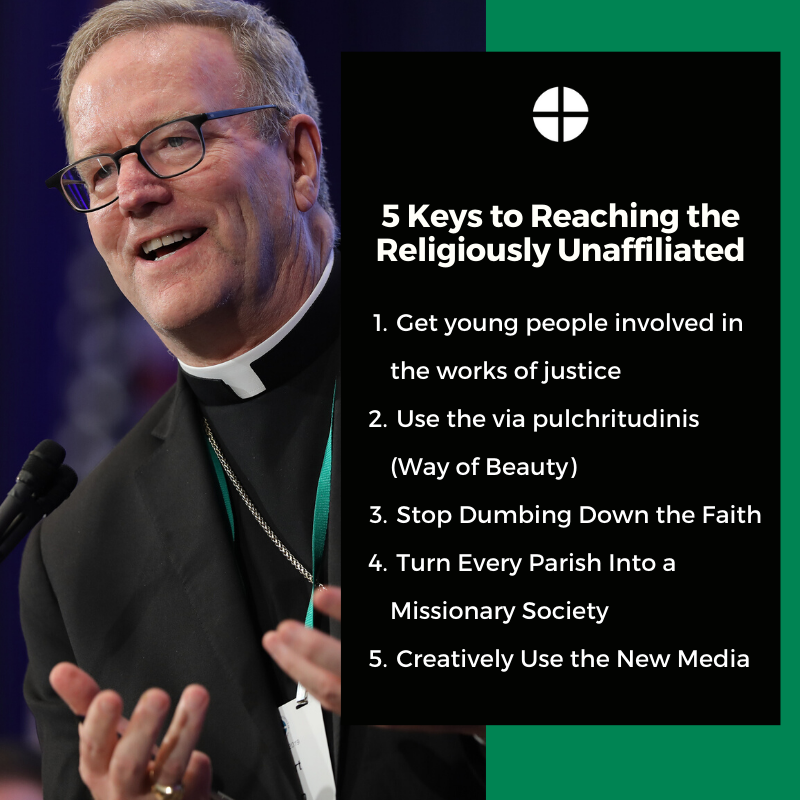 During yesterday’s USCCB meeting, Robert Barron unveiled his masterplan for competing in the U.S. marketplace of religious ideas, presumably with an eye toward filling some of the those empty pews in all those crumbling, godforsaken, financially unsustainable Novus Ordo parishes that dot the American landscape. (See photo)

What Barron and his ilk do not realize is the importance of item #3 on the list. This is because they are not Catholic churchmen; they are men-of-the-council, and the two are mutually exclusive.

First, an Honorable Mention is due to item #2: The via pulchritudinis. Someone takes himself, his soaring scholarship and his voluminous vocabulary way too seriously. Verily I say to you, never before have we witnessed such episcopal erudition in all the USCCB!

Getting back to item #3…

What men like Barron (who is Chairman of the USCCB’s Committee on Evangelization and Catechesis) don’t realize is that apart from clarity concerning what the true Faith actually is – and this includes the Church’s true identity and her God-given mission – every other initiative that they might cook up to fill the pews will fail.

And why? Because based on what they’re selling, there are far more attractive choices for the religious consumer, who, let us not forget, is weak and sinful and therefore inclined to choose the easiest possible path.

Some very basic, Catholicism 101, Q&A examples will suffice to make the point:

Q. What is the Catholic Church?

Catholic answer: It is the one Church of Christ and His Kingdom on earth.

The Council’s answer: The Catholic Church is that in which the Church of Christ merely subsists, with elements of this Church of Christ also to be found in the heretical and schismatic communities. (See LG 8) Speaking of which…

Q. How many communities does Christ use as a “means of salvation” as communities?

Catholic answer: Just one, and that is the Holy Roman Catholic Church.

The Council’s answer: Oh so many, including heretical and schismatic communities far too numerous to number! (See UR 3)

Q. Do human beings have a God-given right to practice the religion of their choice?

Catholic answer: Certainly not. He grants us the right (and duty) to worship Him in truth. Period. At best, God tolerates the practice of false religions.

The Council’s answer: Absolutely, and this right is founded in the dignity of the human person! (See DH 2)

Q. Are the Jews in our time one with believers in the Cross of Christ?

Catholic answer: Of course not; they reject Him; they have therefore been cut off from God by their unbelief, and thus stand in need of being grafted-in again. (See Romans 11)

The Council’s answer: Indeed they are, which is why post-conciliar Rome is determined to assure them of their salvation! (See NA 4)

Bottom line: After nearly six decades of this charade, and most recently thanks in large measure to the efforts of “Francis,” it is becoming more and more obvious to more and more people that the conciliar church served by Robert Barron and the rest of the USCCB is a new religion.

Born of the “New Pentecost” of Vatican II, it is a counterfeit church merely posing as the Catholic Church. It has its own doctrines, its own liturgy and its very own earthbound mission (see Barron’s item #1). It is a church that no one living at any time prior to 1960 would even recognize as Catholic.

The mitred humanists of the USCCB can hold as many meetings as they like, they can survey all of the focus groups they can assemble, and they can make as many to-do lists as they wish, but the entire enterprise (which is little more than a political action committee with globalist aims) is destined for extinction nonetheless.

May it please God to bring about its demise in our day.

Traditionis Cojones and the key to unlocking the Council