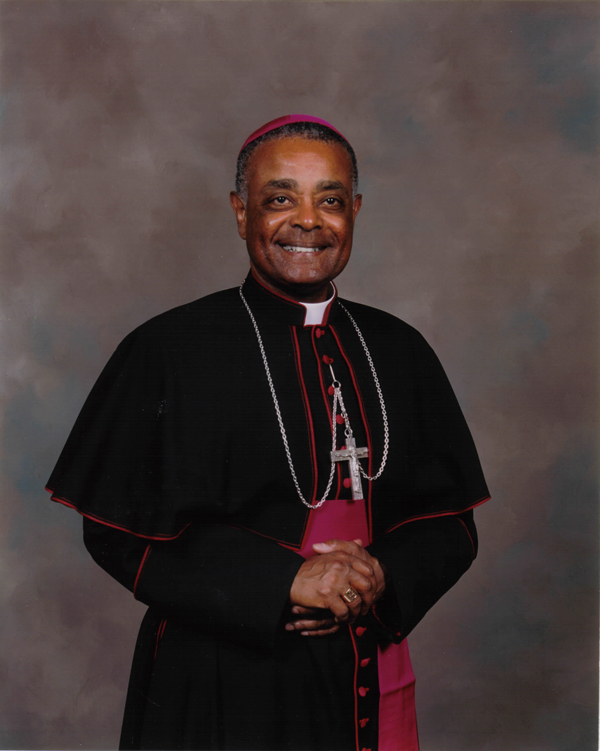 Archbishop Wilton Gregory has recently come under fire for what critics have labeled his “extravagance” in planning the construction of a new $2.2 million Archbishop’s residence; the previous one having been taken over by the Cathedral parish for use as a rectory after outgrowing its previous space.

The plan was made possible by a deceased benefactor, who according to the Atlanta Journal Constitution bequeathed $15 million and the property upon which the new residence is being built.

Writing in his diocesan newspaper, The Georgia Bulletin, Archbishop Gregory responded to the many “heartfelt, genuine and candidly rebuking letters, emails and telephone messages received in the past week.”

The Archbishop cited the sentiments expressed in the following anonymous email as reflective of so many others:

“We are disturbed and disappointed to see our church leaders not setting the example of a simple life as Pope Francis calls for. How can we instill this in our children when they see their archdiocesan leadership living extravagantly? We ask you to rethink these decisions and understand the role model the clergy must serve so the youth of our society can answer Jesus’ call. Neither our 18- or 14-year-old sons understand the message you are portraying.”

In response, Archbishop Gregory apologized profusely for having taken his “eye off the ball,” and for his multiple failures and oversights.

Though my often like-minded friend Pat Archbold is applauding Archbishop Gregory for manning up and taking responsibility, I have a different take.

“Some have suggested that it would have been appropriate for the Cathedral Parish to build a rectory on the Habersham property [where the new archbishop’s residence is being built] and have the priests each drive back and forth, and in retrospect that might be true,” Archbishop Gregory said.

So, the Monday morning quarterbacks think it would have been a better service to a growing parish for its priests to live a mile and a half offsite, while the Archbishop stayed put in a residence just a short walk away.

OK. On the one hand, they are entitled to their opinions, I suppose; on the other, they’re not entitled to direct the affairs of the diocese as they are not the ones responsible for the care of the souls of the faithful.

“At the time, though,” Gregory continued, “I thought that not giving up the Archbishop’s residence, which was so close to the Cathedral Parish, would have been perceived as selfish and arrogant by the people at the Cathedral Parish and might damage my relationship with them!”

Here, the real problem is coming into sharper focus.

Archbishop Gregory, according to his own words, was moved to act, at least in some appreciable measure, by a desire to avoid giving the appearance of lacking in humility. He further stated that both he and his “advisors” (which includes the Rector of the Cathedral Parish) “were able to justify this project fiscally, logistically and practically.”

What, then, is the problem?

“What we didn’t stop to consider … was that the world and the Church have changed,” the Archbishop offered in hindsight.

Yes, that’s it by Jorge!

The Church has indeed changed (at least in her outward appearances) and one of the most recent and presently relevant ways has to do with the earthbound ethos of superficial humility singlehandedly ushered in by the current Bishop of the Diocese of Rome.

“Even before the phenomenon we have come to know as Pope Francis was elected to the Chair of Peter,” Archbishop Gregory explained, “we Bishops of the Church were reminded by our own failings and frailty that we are called to live more simply, more humbly, and more like Jesus Christ who challenges us to be in the world and not of the world.”

“More like” which Jesus Christ? More like the one who allowed Himself to be humiliated and killed, or more like He who allowed these greatest of all sins so that He might rise from the dead in glory as Pantocrator and Sovereign with whom “all authority in Heaven and on Earth” rests?

The answer, according to the mind of Pope Francis, is obviously the former, as though the latter is but a pious figment of traditional imaginations.

In any event, the Archbishop continued, “The example of the Holy Father, and the way people of every sector of our society have responded to his message of gentle joy and compassion without pretense, has set the bar for every Catholic and even for many who don’t share our communion.”

The entire dust-up in Atlanta is all about appearances; it’s not about substance. So too, if we’re honest, is much of the vaunted “example of the Holy Father.”

– How many of the destitute are no longer walking barefoot thanks to the pope’s worn out shoes?

– How many of the world’s poor now have reliable transportation thanks to pope’s simple car?

– How many homeless people now have a place to live now that the Holy See has to maintain two separate papal living quarters?

– How many of society’s downtrodden are holding their head a little higher thanks to the pope’s pedestrian passport?

Most importantly, how many persons are flocking to the Church because they now realize it is the one true Church that alone is the community of salvation thanks to this pope who avoids like the plague every outward sign of “triumphalism” that points to the King of kings of whom he is the Vicar?

Archbishop Gregory’s public self-flagellation is difficult to witness; not just because it is pathetic, but because it is a sure sign of things to come as Pope Francis continues working toward his dream of a “poor Church for the poor.”

You see, the longer this pontificate lasts, the more our bishops will feel compelled to behave as mealy mouthed consensus-builders; men who all the more closely resemble Peace Corps coordinators than Successors to the Apostles who are charged with sanctifying, teaching and governing the people in their care.

As for next steps, Archbishop Gregory said he will seek the “candid guidance” of “the Archdiocesan Council of Priests” and “the Archdiocesan Pastoral Council,” which he described as “a multi-cultural group of Catholics of all ages, representing parishes of all sizes, who serve as a consultative body to me.”

Ah yes, let us dialogue and democratize; another of the many Francis Effects wherein authority in the Church is best considered a joint venture.

In the end, whether or not Archbishop Gregory decided well in building a new residence for use by the archdiocese and her bishops for generations to come is a subjective matter open to debate, but two things are entirely certain:

One, decisions of this nature are the local Ordinary’s alone to make, and secondly, he fails his flock miserably each and every time he allows superficial concerns to compete for consideration alongside the Church’s primary purpose; the salvation of souls.

Pledge allegiance to the LGBT movement, or else