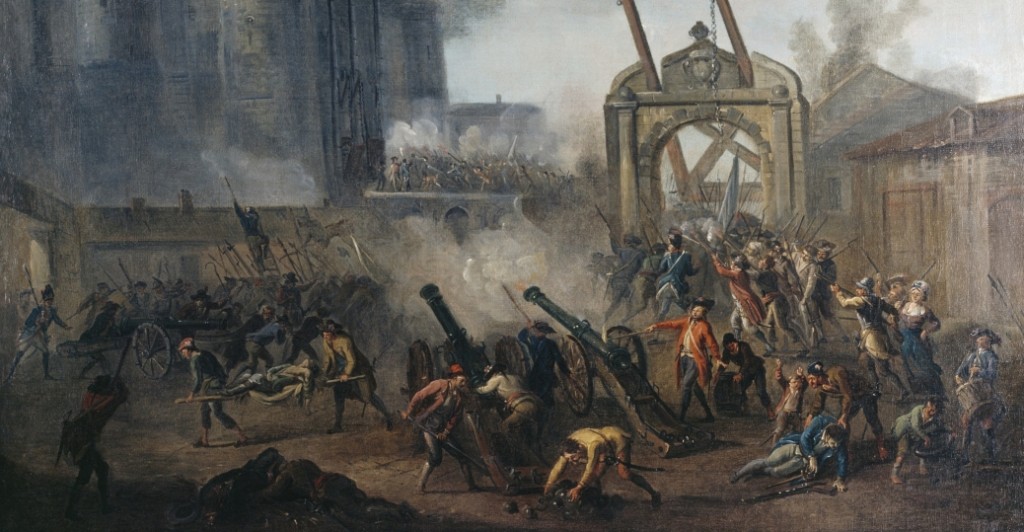 In a recent article (available in English at Rorate Caeli), Professor Roberto de Mattei set about placing the current ecclesial crisis, in particular as exemplified by Amoris Laetitia, in context relative to other tumultuous periods in the Church’s history.

All in all, it’s a decent article, even though it fails to adequately convey the degree to which the present crisis is entirely unique.

For me, the highlight of the lengthy post is Professor de Mattei’s commentary concerning Cardinal Schönborn’s description of Amoris Laetitia as a “linguistic event.”

The moment I read those words, “linguistic event,” which appear in quotation marks within the text of Schönborn’s presentation as provided on the Holy See website, I made a mental note to research the origins, and more importantly, the meaning of the phrase, as I will attempt to do so here.

According to Professor de Mattei:

This formula is not new: it has already been used by one of Pope Francis’ confreres, the Jesuit, John O’Malley from Georgetown University. In his history of Vatican II, O’Malley defined the Second Vatican Council as a “linguistic event,” a new way to express [things] and which, according to the Jesuit historian, “marked a definitive break with previous Councils.”

So, it connects directly to the Second Vatican Council. Why am I not surprised?

On further investigation, however, it ends up that that the notion of a “linguistic event” vis-à-vis matters of great impact on the Catholic Church runs a bit deeper still; to the French Revolution, for instance.

Again, who can be surprised?  The liberal Cardinal Suenens is well known for having declared with glee that “Vatican II is the 1789 [French Revolution] of the Church!”

Dr. Steven Blakemore, Professor of 18th-century British and American Literature, further elaborates on the connection between language and an uprising on behalf of the “rights of man” in his book about the British-Irish statesman and philosopher, Edmund Burke, Burke and the Fall of Language: The French Revolution as Linguistic Event, writing:

Writing in his magnificent Encyclical, Pascendi Dominici Gregis, Pope St. Pius X, quoting his predecessor, Pope Leo XIII, warned of this tendency on the part of modernists to empty words of their historic meaning, charging them with “perverting the meaning and force of things and words.”

As a result of their efforts, according to the saintly pope, “the way is opened wide for atheism.” (ibid.)

In his first public condemnation of the French Revolution, Edmond Burke also spoke of the practical relationship between the linguistic revolution and atheism, saying of the revolutionaries:

On the side of religion, the danger of their example is no longer from intolerance, but from Atheism; a foul, unnatural vice, foe to all the dignity and consolation of mankind; which seems in France, for a long time, to have been embodied into a faction, accredited, and almost avowed.

Pope Francis, whose public discourse frequently dwells on the rights of man apart from any reference to Jesus Christ and the Catholic faith, is nothing if not the quintessential ambassador of liberty, equality and fraternity – the rally cry of the French Revolution.

He has even been known to accredit those who openly avow the foul, unnatural vice known as Atheism:

Amoris Laetitia is by far the boldest revolutionary act carried out by the present pope; it is precisely a “linguistic event” after the examples of the French Revolution and the Second Vatican Council.

That Cardinal Schönborn would so openly describe it as such is breathtaking enough, but for Francis to point to his presentation as the “interpretive key” to the text of Amoris Laetitia bespeaks of an arrogance rivaled only by him who boldly stood before the Almighty to declare, non servium!

Truly, the days in which we are presently living represent a “revolution in language” the likes of which the Church has never experienced!

When the pope himself promulgates an official document that boldly attempts to change the meaning of words like mortal sin, sanctifying grace, adultery, fornication, and marriage, and accuses the Lord Himself of burdening men with impossible demands, and then even goes so far as to suggest that He wills for us to sin, then we are witnessing something far more than just an assault against the historical context and meaning of mere words as humanly conceived; rather, we are in the midst of nothing less than a revolt against the Logos – the Eternal Word of God – at the hands of His very own!

No, the darkness of Francis is incapable of overcoming Christ, the Light of the world, but that does not mean that God will not allow him to cast a shadow so dense that the Way, the Truth and the Life is obscured to the point of leading souls to eternal death.

And why does Our Blessed Lord allow such evil?

As unsatisfactory as the answer may be, to bring about a greater good remains about the best that we can say.

In the present case, the revolt against truth that has come to define the disastrous pontificate of Pope Francis represents an opportunity for us to come to His defense, not for the good of Him who knows of no increase, per se, but for the salvation of souls.

This includes not only those members of the sacred hierarchy, the majority of whom have been content to quietly allow the revolution in language to continue unabated, but also those of us who participate, each in his own way, in the effort to defend tradition that is being carried out in this space.

For this we can be thankful. As Fr. Demetrius wrote:

We Christians need not think of the present circumstances as a curse but rather a blessing and an occasion for personal sanctification and whatever else God intends for us and the Church. For as Saint Paul said to the early Christians who were suffering persecution at the hands of corrupt religious leaders and the pagan world powers, “It is through many tribulations we must enter into the kingdom of God.”