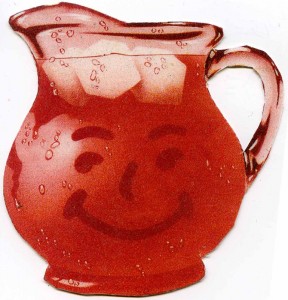 Labels can be unfair, unkind and unhelpful, but let’s be honest; they can also be useful and at times even truthful.

This brings me to the label “Rad Trad,” a term that makes some, if not most, traditionalists bristle. Not I, however.

Why not? Well, for one thing, consider the sources.

Frequently, the people who use this phrase are among the deliriously duped (many being of the “conservative” bent); i.e., those confused sheep of the new-church flock whose single biggest mistake in their journey of faith thus far has been placing far too much stock in the ruminations of so-called leaders who ultimately served to mislead rather than to feed.

Typically, when these people point fingers at “Rad Trads,” they’re simply parroting some figure of high regard, unworthy of esteem though such a person may be, and as such, many deserve our pity more so than our anger.

Then there are the captains of new-church, the ones who are doing the misleading and disparaging traditionalists at every turn, many of whom do so while wearing collars and some even while walking with crosier.

Of this group, a number presumably know damn well that they’re undermining the Faith, but many of these also belong to the ranks of the duped, who unbeknownst to themselves have been indoctrinated in the precepts of a movement that is but a shell of the mission of the Church as given by Christ.

As horrifying as the thought may be, the simple truth is that many clerics, of whom I know a number, were so poorly formed in seminary and beyond that they simply don’t know what they don’t know and in ignorance simply pass along what they themselves have been given.

As for culpability, I’ll let some One else worry about that.

With all of that said, the primary reason the term “Rad Trad” no longer upsets my apple cart is because it is true, even if the poor fools who intend it as an insult don’t realize what they’re saying.

All traditionalists are radical.

The word “radical” comes from the Latin radix, or root. Even the Webster’s Dictionary defines the word as meaning, “of, relating to, or proceeding from a root; of or relating to the origin: fundamental.”

This, my friends, is a fitting description of the modus of the traditionalists who draw their understanding of Catholic truth, neither from the imprecise discourse so prevalent in the conciliar text and beyond, nor from the confusion and innovations that such claptrap engenders, but from the Faith that comes to us from the Apostles as it was presented for our belief with clarity before all Hell broke loose in the Church.

In other words, traditionalists are nurtured, by choice, on the life giving root of all Catholic truth as opposed to the silly straw of post conciliar Kool-Aid.

To go just one step further, not only are all traditionalists radical, all Catholics are traditionalists, at least the ones who by the grace of God are not gasping for air amidst the poisonous vapors of modernism (or the smoke of Satan, if you prefer) that so pervades the temple of God in our day.

Rome has lost the faith

Putting the Synod in perspective