First, what’s a “neo-Catholic”? It refers to a “conservative” Catholic who:

The term was coined by Christopher Ferrara and Thomas Woods in a book more than a decade ago. Ferrara explains:

“Since [conservatives] have not in fact conserved anything . . . we believe that the term ‘conservative’ invites confusion among casual readers, for whom it carries a positive connotation, while attaching a venerable designation to people whose actions — or inaction, as the case may be — merit no such honor.”

With all of that said: 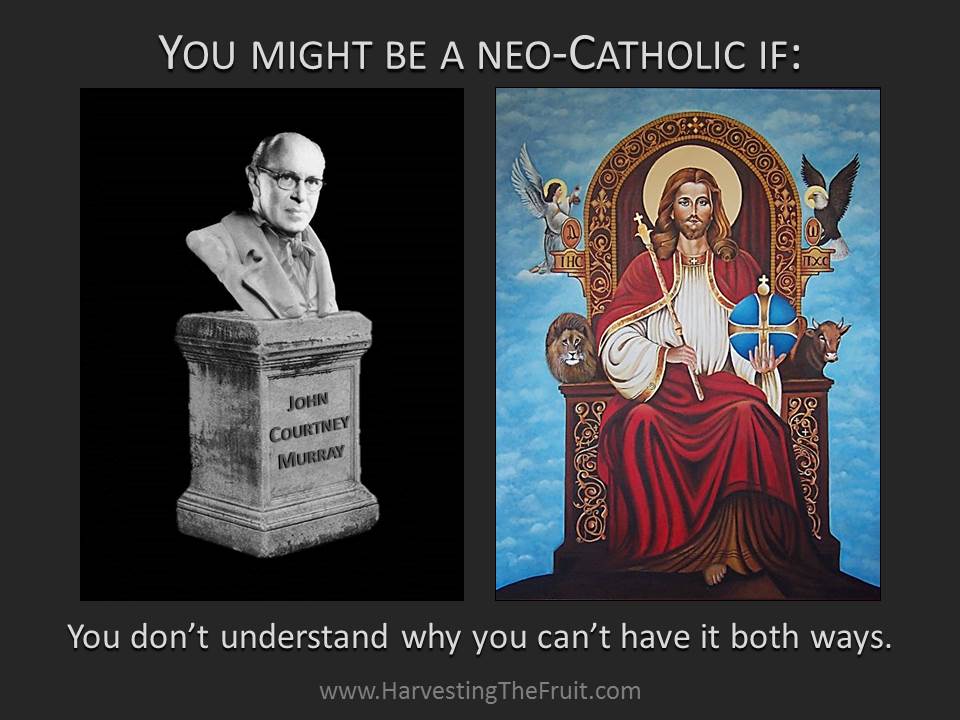 Now, if the above makes very little sense to you, it’s not your fault. You’ve been robbed of precious Catholic treasure, including the doctrine of the Church concerning the Social Kingship of Jesus Christ and the duty incumbent upon both individuals and States to pay him public homage.

If that describes you, you may find the following resources helpful:

Traditio Faith Formation Series: Quas Primas – On the Feast of Christ the King