Home
Blog Post
So, what are the wolves doing these days? 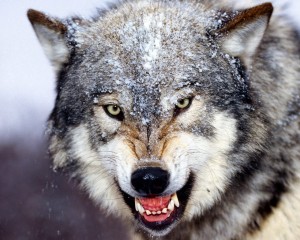 Upon his elevation to the Chair of St. Peter, Pope Benedict XVI asked for the prayers of the faithful, “That I may not flee for fear of the wolves.” Lately, I’ve been wondering how the wolves are privately reacting to news of Pope Benedict’s abdication.

Being a prideful lot, some of them are likely filled with a great sense of accomplishment, congratulating themselves for what they perceive to be a great victory and a sure sign that the balance of power has shifted in their favor.

Being a cunning lot, they are likely plotting, both in the machinations of their calculating little minds and among themselves, how best to ensure the loyalties of enough cardinal-electors to establish a voting block capable of derailing the elevation of a man that they consider a credible threat.

Being a deceptive lot, they are perhaps developing a strategy that includes initially promoting the papal candidacy of someone who is radically progressive, though only as a means for setting the stage for a “compromise” that will elevate their real choice; a man who gives enough outward appearance of orthodoxy to be palatable to the majority, but who in reality is a modernist after their own heart.

Being a patient lot, they may be contemplating a fallback position that entails supporting the elevation of a man who is personally opposed to their agenda, but whom they perceive to be too weak to withstand their collective efforts to neuter whatever undesirable programs he may put in place, even as they set their sights on the conclave that will follow the next papacy.

Being a paranoid lot, they are likely fighting the nagging concern that the Holy Father may perhaps be two steps ahead, having long since planned for his own departure by configuring the College of Cardinals such that the next pope will be an even more formidable foe; one who is willing to weather the storm that will come from a reordering of the Curia that will obliterate the network of power brokers who currently work behind the scenes to short circuit the Holy Father’s efforts to restore the Church.

But then again, maybe I just have an overactive imagination and the threat of modernism no longer exists.