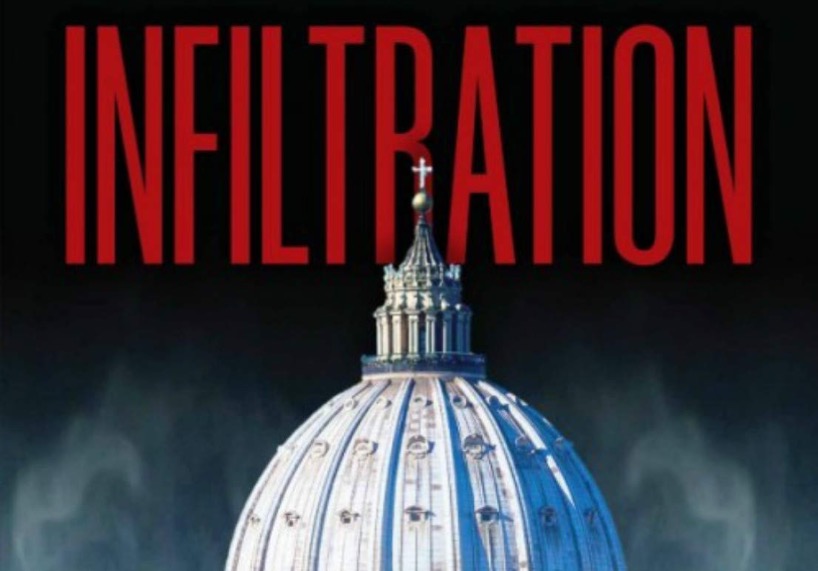 In 2015, Indiana attorney David Wemhoff published what is perhaps the most important American Catholic journalistic exposé of the second decade of the twentieth century: John Courtney Murray, Time/Life, and the American Proposition.

In his masterwork, Wemhoff chronicles the alleged colonization and infiltration of the Catholic Church in America by the American intelligence community through figures such as Fr. John Courtney Murray, S.J.

Just as the American intellectual establishment had set about selling American style political and economic liberalism to the world via outlets such as Henry Luce’s Time Magazine, so too did organizations such as the Central Intelligence Agency seek to hijack the Catholic Church for the spread of Americanism, not only among American Catholics, but to Catholics throughout the world.

While Catholics might not agree with everything in his book, Wemhoff’s work provides the missing piece of the puzzle of the likely source of the Catholic neo-conservative movement and grants an explanation for why so many (even non-American) Catholic prelates and laity became so rabidly Americanist throughout the twentieth century, peddling religious liberty, “democratic capitalism,” ecumenism, and a host of notions that primed Catholics for service to America in the Cold War, and later War on Terror, and now the interior civil strife that is tearing the fabric of the republic to pieces.

One of the most interesting elements of Wemhoff’s analysis is the idea that Catholics were instructed by their CIA and other American establishment influencers to label anyone who disagreed with Americanism (even traditionalists and monarchists) as commies and “reds.” These orders possibly explain why Catholic neo-conservatives have worked to suppress traditionalist critiques of liberalism, free market economics, consumerism, and usury.

As difficult as this may be for some Catholics to admit, this may mean that many of the claims concerning Marxist and KBG influence in the Church could possibly be, if not exaggerated, then at the very least manipulated to serve an Americanist agenda.

Taking into account the groundbreaking work of Hoover Institute scholar, Antony C. Sutton, Wall Street and the Bolshevik Revolution, which chronicles the bankrolling of the Soviet Union by American financiers (as the work of other scholars that points to strange American and European connections with the Soviet Union), Wemhoff’s work opens a very curious question.

Is it possible that the same Cold War dialectic allegedly controlled by wealthy globalist interests was at work within the Church itself?

Is it possible that the Catholic neo-conservatives and liberals were both sparring partners moving the Modernist dialectic further to its logical and radical conclusion?

At the very least, we now have a clearer picture of how the Catholic neo-conservatives got their start and who (at least potentially) was paying their way during the 1980s as well as the Zenith of the “JPII” era during the 1990s and 2000s.

In the current Year of Our Lord 2020, with the resurgence of traditionalism and the rise of Trumpian populism, the Catholic neoconservatives have taken the back seat in Catholic discourse.

It thus appears that their Americanist backers in both the private and public sectors have been forced to switch tactics and recruit and influence a new generation of media figures, theologians, and clerics to promote the Americanist agenda under the new guise of “traditionalism” or “populism.”

Among contemporary Catholic media figures there is no more popular salesman of this rebranded Americanism than Taylor Marshall.

A relatively obscure Catholic blogger until very recently, Marshall not only has become the public face of traditionalist Catholicism, he is increasingly one of the most recognizable promoters of Trumpianism.

The key work that has rocketed Marshall to his success is his 2019 magnum opus: Infiltration: The Plot to Destroy the Church from Within.

As has often been remarked, Marshall’s work offers little that is new to traditionalists.

Indeed, in many ways, Infiltration is a composite of tradlore and conspiriana that had been printed for years in the pages of The Remnant, Catholic Family News, and a host of other websites.

What is curious, as in The Crucified Rabbi, is what Marshall doesn’t say in Infiltration.

According to Taylor Marshall, the Church has been infiltrated by the following organizations:

Certainly, there is evidence that these groups have infiltrated the Church; however, there seem to be at least two (or perhaps three) groups missing from the list.

The readers of AKA Catholic will, no doubt, know who these groups are.

Why, one might ask, would Marshall seemingly deliberately omit these groups from Infiltration?

To answer this question, we need look no further than the Catholic and, more importantly, secular media outlets that have catapulted Taylor Marshall into the limelight.

Is there any connection between these media outlets and Western intelligence as well as any other organizations that might benefit from Marshall’s omissions in Infiltration?

We might also wonder if, as with The Crucified Rabbi, Marshall and his backers are trying to head off the work of alternative Catholic researchers like David Wemhoff and E. Michael Jones who have broadened the list of infiltrators into the Catholic Church.

While Wemhoff and Jones are better researchers than Marshall, Taylor Marshall’s presentation is much flashier and far reaching than the latter two researchers, and thus, as Aristotle noted long ago in his Rhetoric, the personality of a speaker will often overshadow the better argument of another in the mind of an audience.

Before proceeding to part three of our series, we are left with a very curious question:

Is there a Catholic organization that has a long history of liaisons with the CIA as well as other Western intelligence groups?

If so, does Taylor Marshall have any connection with this hypothetical Catholic organization?

Stay tuned for Who is Taylor Marshall? Part III: The Sword and the Serpent