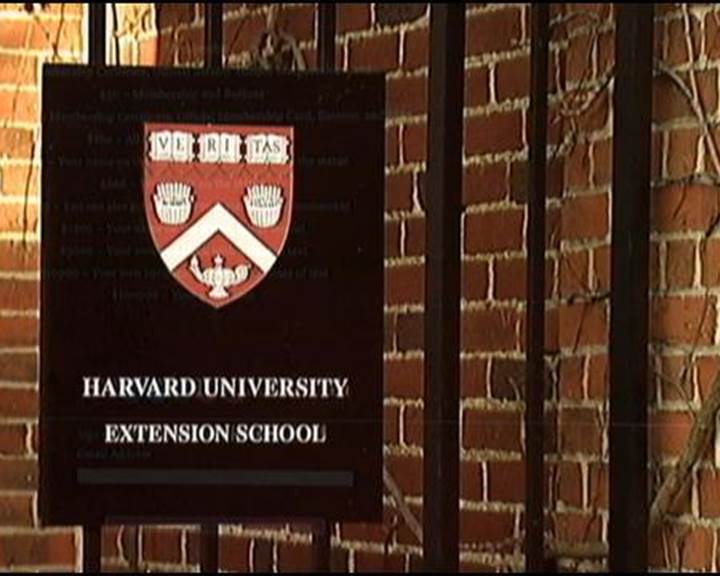 Over the past few days, a story has been circulating around the Catholic blogosphere about a “Black Mass,” hosted by The Harvard Extension Cultural Studies Club and The Satanic Temple, scheduled to take place on Monday, May 12th.

Initial reports, which have since been refuted by the club, indicated that the ritual would include the desecration of a consecrated Host.

Many Catholic commentators are rightly expressing outrage, just as one might expect. In some cases, however, the way it is being expressed is an even more relevant part of the bigger story, and the one that is going largely unnoticed.

The Extension School issued a vague and rather passive aggressive statement about this “controversial event,” without actually saying what the event is, or even mentioning what it entails or why it might be in the least bit controversial. It’s an independent group, they say. We don’t endorse it, they say.  They can do what they want, they say.

After offering a brief history of the school with reference to some of the noteworthy heretics who are part of its lore, including the Minister of the First Church of Charlestown, John Harvard, for whom the school is named, Deacon Kandra says:

But the Harvard name still counts for something. Doesn’t it? … The school’s roots are in religion, and in Truth; its one word motto, “Veritas,” says it all.

You see, had he looked at Harvard through the eyes of the Catholic Church, such would have engendered a rather different reaction, as doing so necessarily means recognizing that an institution with Protestant origins has no claim whatsoever to having its roots in “Truth.”

If it did have such roots and was faithful to them, Harvard would be Catholic.

Deacon Kandra’s plea is even more troubling when one considers that the failure to recognize a consecrated Host as anything other than mere bread is perfectly in keeping with the esteemed traditions associated with Harvard’s actual roots.

In any case, the essence of the deacon’s outrage comes into sharper focus when he laments:

Whether or not one agrees with Catholic theology—and surely, many at Harvard don’t—someone there has to agree: this is wrong. This is hateful.  This is evil. Even unbelievers have to concede: this expresses hate for Catholic Christianity, offends sensibilities, inflicts pain on people of faith, and mocks the understanding of God embraced by a billion people around the world. It goes beyond just trying to offer information about Satanism—as dubious as that might be—into actually attacking and defiling another religion. This, in the service of “truth”?

To be clear, I have no doubt that Deacon Kandra is genuinely and properly upset at the thought of the Most Holy Eucharist being desecrated.

Deacon Kandra is correct when he says that the proposed act is evil, but he is barking up a purely secular tree when he complains that it is “hateful, offends sensibilities, and inflicts pain on people of faith.” In the scope of things, this list of grievances amounts to little more than the bumper sticker slogans so popular among the humanists: “MEAN PEOPLE SUCK” and “COEXIST.”

Most telling is his complaint that the proposed ritual “mocks the understanding of God embraced by a billion people around the world.”

Of what difference does it make how many people’s “understanding of God” is being mocked?

The Catholic answer? None. It is God who is being mocked every time the Eucharist is mistreated, even if there is no one left on Earth to acknowledge Him.

Now, please understand that I don’t mean to pick on Deacon Kandra. He just so happens to have provided us with a valuable glimpse at a widespread problem.

You see, Deacon Kandra, like most members of the sacred hierarchy in our day, is the product of his formation; an evidently deficient formation that cultivated in him and many others a manner of “thinking and feeling” that is not with the Church of Christ; but rather with the church-of-man that emerged in the aftermath of the Second Vatican Council.

At the heart of his disorientation, whether he knows it or not, is the Council’s treatment of religious liberty as expressed in Dignitatis Humanae, according to which those Satanists who are planning to make sport of the Blessed Sacrament are simply exercising their “right to religious freedom that has its foundation in the very dignity of the human person.” (DH 2)

We understand God one way; they understand Him another way. We worship our way, they worship their way. Oh, well, such is life in the post-conciliar modern world!

The Council Fathers said nothing whatsoever about this freedom of religion being contingent upon the absence of hatred, or even evil for that matter. They never suggested that offenses against Christ who is Truth should be a limiting factor in the exercise of this supposed right to practice one’s particular brand of “religion.”

On the contrary, they said that the right to freely practice one’s version of whatever they happen to call religion “exists even in those who do not live up to their obligation of seeking the truth and adhering to it and the exercise of this right is not to be impeded, provided that just public order be observed.” (ibid.)

So, as long as the Satanists carry out their desecration peacefully, who the hell are we to complain?

My friends, this travesty wherein damn near anything goes when it comes to the false “right to religious freedom,” a freedom that endures regardless of how offensive it is against Christ and all that is truly Holy, is precisely what the Council invited the day it effectively deposed Christ the King and encouraged States to treat the false religions of the world as if they were of equal dignity as the one true Faith.

Maybe, just maybe, this entire affair will serve to open some eyes to the grave disservice Dignitatis Humanae has done to Christ, His Church, and those for whom He laid down His life. We shall see.

Deacon Kandra ended his post by asking the question, “What would John Harvard think?”

Rhetorical though the question may be, please allow me to answer:

Even if he might think it bad form on the part of the Satanists, at the end of the day, he would still think the entire dust up is over a simple piece of bread.

That said, who really gives a damn what John Harvard would think?