Home
Blog Post
Where, O’ Lord, is the Roman Church? 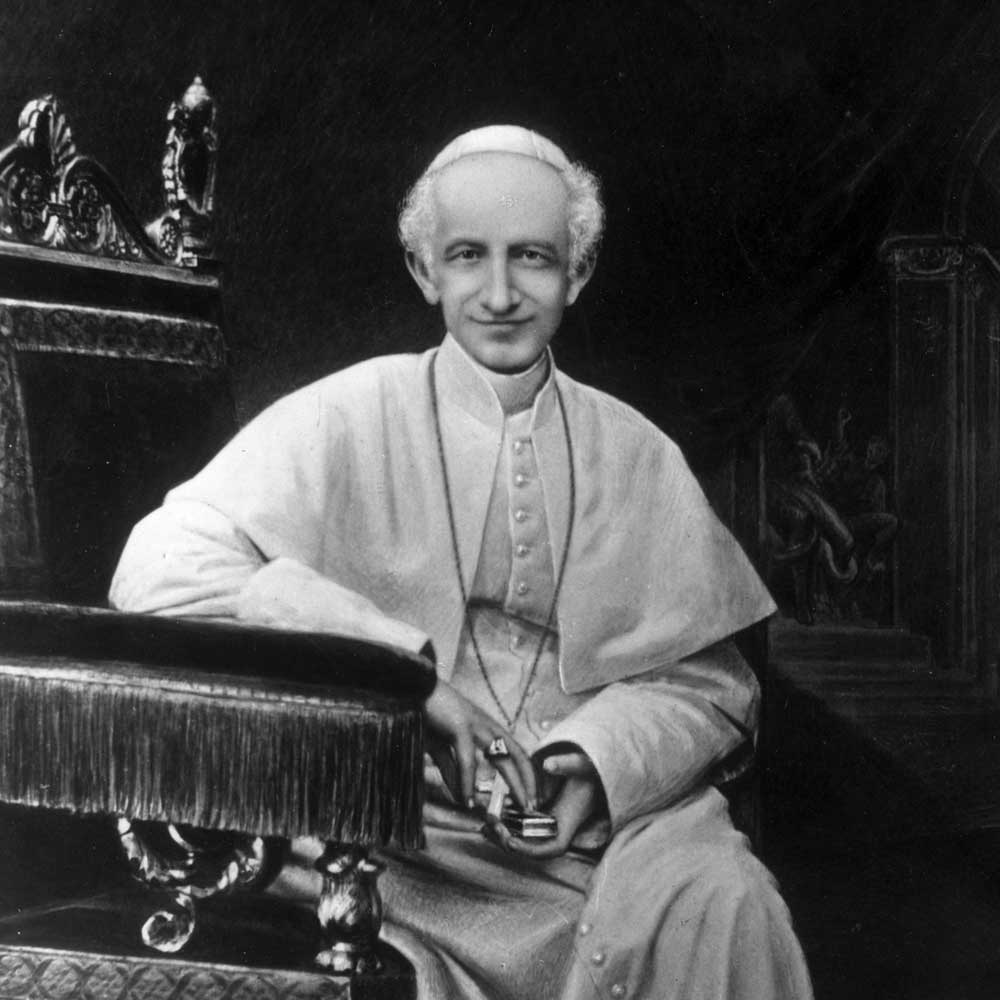 We have thought it most conducive … to describe the exemplar and, as it were, the lineaments of the Church. Amongst these the most worthy of Our chief consideration is Unity. This the Divine Author impressed on it as a lasting sign of truth and of unconquerable strength.

One notes that this unity that the Holy Father is about to describe is a fundamental characteristic of the Church of Christ; one that will endure until the end of time.

It is clear that God absolutely willed that there should be unity in His Church, and … it is evident what kind of unity He willed, and by means of what principle He ordained that this unity should be maintained…

– The unity of the Church is absolutely willed by God, therefore, it most certainly exists.

– Unity of faith is required in order for the unity of the Church to be realized.

– Unity is a permanent feature of the one true Church as a lasting sign.

With regard to the latter, inasmuch as unity is a lasting sign of the Church’s truth and unconquerable strength, it is necessary that such be made manifest as a visible feature of that perfect society that is the Church, which is herself, as the Holy Father tells us, “always visible.”

The Holy Father goes on to cite Aquinas:

“The unity of the Church is manifested in the mutual connection or communication of its members, and likewise in the relation of all the members of the Church to one head” (St. Thomas, 2a 2ae, 9, xxxix., a. I).

The Holy Father proceeds to address in some detail “by means of what principle God ordained that this unity should be maintained.” He writes:

It is clear that, by the will and command of God, the Church rests upon St. Peter, just as a building rests on its foundation. Now the proper nature of a foundation is to be a principle of cohesion for the various parts of the building. It must be the necessary condition of stability and strength. Remove it and the whole building falls. It is consequently the Office of St. Peter to support the Church, and to guard it in all its strength and indestructible unity.

In our day, given the present state of the Office of Peter, one may be moved to question just how indestructible that unity truly is!

Pope Leo XIII, however, meets that concern by making it clear that it is not simply the person of Peter, the Roman Pontiff, that serves as the principle of cohesion that provides for the stability and strength of the entire Church; rather, it is the Roman Church. To this end, he cited two of the early Church Fathers:

Who is unaware of the many and evident testimonies of the holy Fathers which exist to this effect? Most remarkable is that of St. Irenaeus who, referring to the Roman Church, says: “With this Church, on account of its preeminent authority, it is necessary that every Church should be in concord;” and St. Cyprian also says of the Roman Church, that “it is the root and mother of the Catholic Church, the chair of Peter, and the principal Church whence sacerdotal unity has its source.”

The Holy Father then saw fit to explain and expound upon St. Cyprian’s words, writing:

He [St. Cyprian] calls it the chair of Peter because it is occupied by the successor of Peter: he calls it the principal Church, on account of the primacy conferred on Peter himself and his legitimate successors; and the source of unity, because the Roman Church is the efficient cause of unity in the Christian commonwealth.

The Roman Church is the efficient cause of unity…

This should make sense to us given that there are times when the Chair of Peter is empty (e.g., the interregnum period following the death of a pope), and it cannot be said that the unity of the Church at such moments is destroyed because the principle of cohesion has thus been removed. For as long as the Roman Church endures, so too does the unity of the Christian commonwealth.

Being indefectible, the Roman Church will stand not just as a visible sign of unity, but as its efficient cause as well, and this until the end of time.

Pope Leo XIII taught, as previously mentioned, “the unity of the faith is of necessity required for the unity of the Church.” This being so, one can understand why the gift of indefectibility pertains most particularly to the Church of Rome – that is, to the See of Rome – she who is both the sign and the cause of unity.

The 1917 Catholic Encyclopedia, in its treatment of the indefectibility of the Church, explains:

The gift of indefectibility plainly does not guarantee each several part of the Church against heresy or apostasy. The promise is made to the corporate body. Individual Churches may become corrupt in morals, may fall into heresy, may even apostatize …

Only to One particular Church is indefectibility assured, viz. to the See of Rome. To Peter, and in him to all his successors in the chief pastorate, Christ committed the task of confirming his brethren in the Faith (Luke 22:32); and thus, to the Roman Church, as Cyprian says, “faithlessness cannot gain access” (Epistle 54).”

At this, dear reader, we stand face-to-face with a genuine conundrum.

It is perfectly plain to all with eyes to see that faithlessness has most certainly gained access to the institution that is operating out of Rome today under the headship of Jorge Bergoglio. This terrible reality, however, is not a purely recent development.

Some fifty years ago, Archbishop Marcel Lefebvre had warned that this same institution, though it is pleased to call itself the Catholic Church, is really nothing of the sort; rather, he said, it is a “counterfeit church.” Why did he say as much? Because this Roman church has lost the faith!

One may also think of Blessed Anne Catherine Emmerich, who in 1820 had visions of a “counterfeit church,” and the warning issued by Our Lady of LaSalette, who said that Rome will lose the faith, becoming the seat of the Antichrist.

When we look to the Eternal City today, what do we see? We see but one visible society that is commonly accepted as the See of Rome; it is corrupt, immoral, and infested with grave error, and it disseminates its filth globally and with impunity.

Taking into consideration all that has been written here, one cannot help but ask, nay, make that plead to the Almighty:

Where, O’ Lord, is the Roman Pontiff upon whom the Church rests just as a building rests on its foundation? Where is the Vicar of Christ, who serves as the principle of cohesion and provides the necessary condition of stability and strength of the one true Church? Where is the pope, he who supports the Church and guards it in all its strength and indestructible unity?

Where is the indefectible Roman Church to be found? Where is this See of Rome, that visible society that serves as both the sign and cause of the unity with which you endowed the one true Church? Where, pray tell, is this Church of Rome wherein faithlessness cannot gain access?